Obama and the long game of American politics 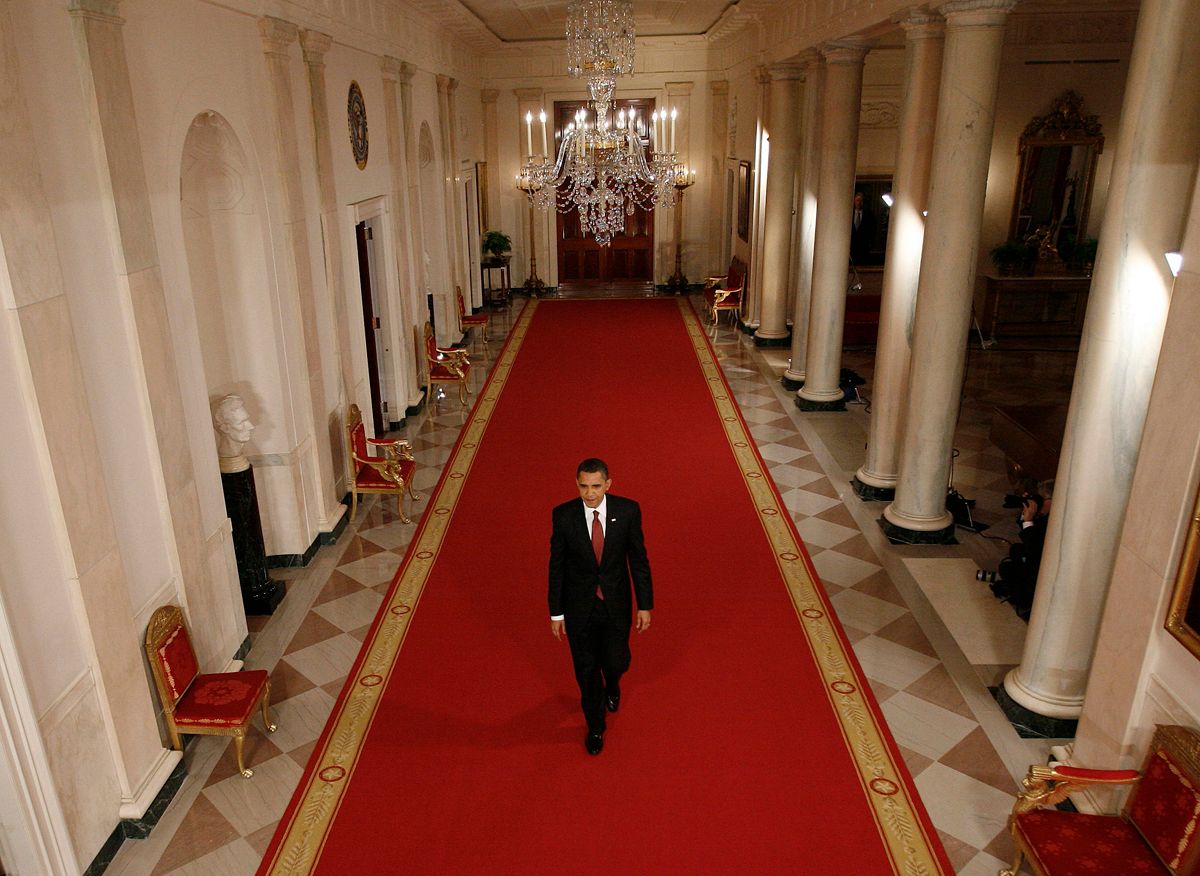 Scarcely anything could be more timely -- as Barack Obama is about to deliver his first major speech from the Oval Office -- than a frank discussion of the neurotic liberal response to his presidency so far. No matter how principled or inspiring his remarks tonight, they will be regarded in some quarters as inadequate, and if they are indeed inadequate, then they will be regarded in those same quarters as a portent of political doom.

This is nonsense, says Michael Tomasky in "Against Despair," his excellent essay in the summer issue of Democracy, the journal he edits (which also includes features well worth reading on Iran, Woodrow Wilson and Karl Rove). Tomasky combines historical erudition with pithy personal observation to argue for a more mature and more thoughtful evaluation of this president's achievements and errors, especially when drawing anguished contrasts between his young administration and the New Deal or the Great Society. His portrait of the varying styles of disenchantment and disillusion is keen:

It’s one thing to be disappointed in policy outcomes, or even angry about them. But more and more it seems that we are in an age of liberal despair -- as reflex and first instinct, as motif and explanation, even, it sometimes seems to me, as fashion. Criticism of legislation and proposals is always proper and necessary, as is the application of whatever pressure people can apply to try to produce more progressive outcomes. But I’ve read and heard many critiques that then race right past that into outright desolation. One noticed it in the days after the passage of the health-care bill in late March. There was a brief geyser of euphoria, and then, in two or three or at most five days, skirmishes broke out over why Obama didn’t make more recess appointments than the 15 he shoved through on March 27. By March 31 -- 10 days after the House passed health-care reform -- when Obama announced his since re-thought plan to open many coastal areas to offshore drilling, things on the liberal side were more or less back to the dour normal.

The despair has taken many guises. There is the disappointment, wholly ingenuous and therefore shot with some pathos, of the rank-and-file progressive voter who really did get swept up in the overbaked rhetoric of 2008 and came somehow to believe that Obama possessed unearthly powers and ought to have been able to set everything right in seven or eight months, a year tops. There is in other instances the welled-up anger of what we might call professional disgruntleists: people on the left who "just knew" that Obama wasn’t all that he was cracked up to be -- or, more pointedly, that he cracked himself up to be -- and have taken each apostasy and sell out, on single-payer or the banks or the Copenhagen summit or what have you, as proof that they were right all along. There are many colorations in between: some worth taking seriously, some not; some of them authentic, inasmuch as they represent the legitimate and proper statements of principle from people who work every day in support of certain bedrock ideals and expect some adherence to them, and others the kind of peanut-gallery semaphoring performed more for the sake of constituencies or donors or page views than of the polity.

Need I mention that Tomasky is a colleague and friend of long standing? That doesn't really matter, because he is saying things here that I have felt for many months, with characteristic eloquence and sensitivity. Even if I had never met the guy, I'd tell you to read it -- all the way to the boffo conclusion.