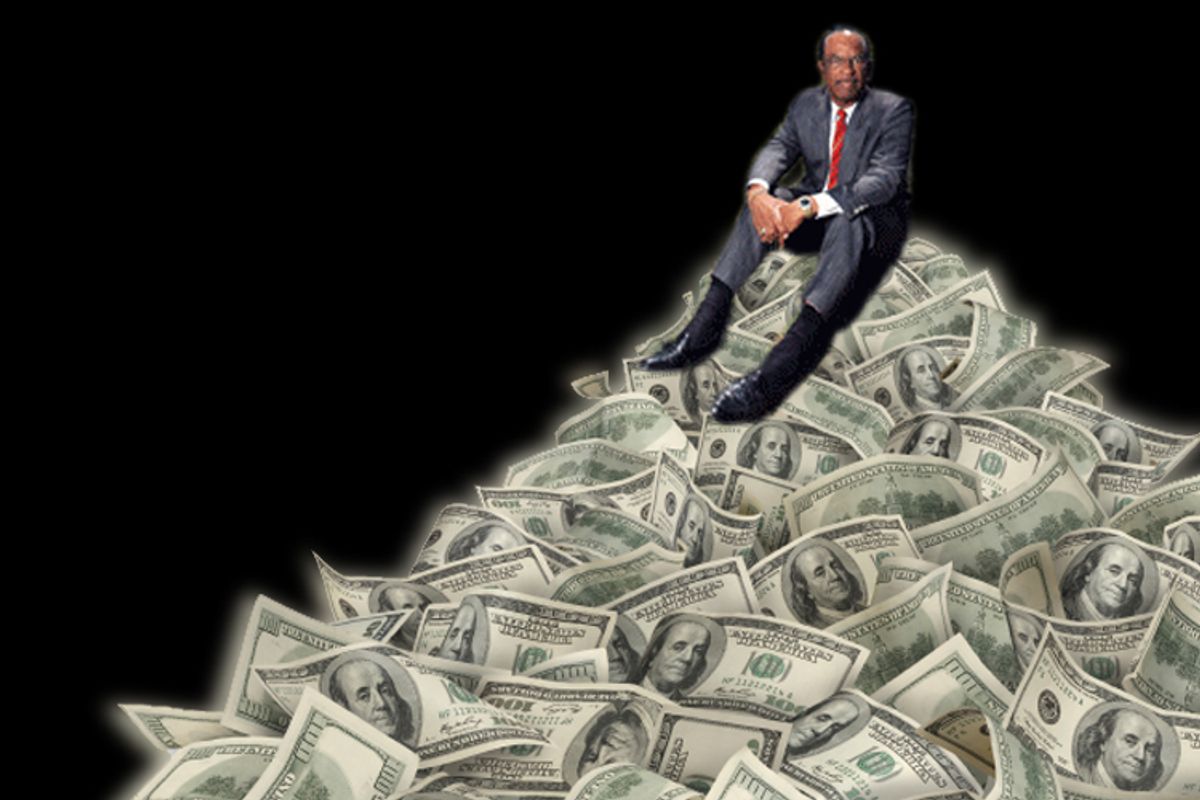 Arlington National Cemetery Deputy Superintendent Thurman Higginbotham orchestrated the flow of millions of dollars through questionable contracts to companies that produced almost nothing in return, according to an Army inspector general report released last week.

In the wake of that report, Army criminal investigators confirmed to Salon they looked into "allegations involving a conflict of interest violation ... between Arlington personnel and a civilian contractor," according to a statement from Chris Grey, spokesman for the Army Criminal Investigation Command. Grey said the U.S. Attorney's Office for the Eastern District of Virginia has declined to prosecute that case, so far, because of a lack of "credible information to substantiate any criminal wrongdoing."

The Army inspector general probe focused in particular on millions spent on a fruitless, years-long effort to computerize paper burial records at the cemetery, work that if done properly likely would have halted the now-infamous burial mistakes there. Other large cemeteries computerized operations years ago. Experts say it could be done for a fraction of what Arlington has likely spent.

Army inspector general officials wrote that they were unable, in fact, to determine exactly how much money had been spent on that effort, speculating that it could be around $5.5 million, spent between 2002 and 2009. For example, Higginbotham's boss, superintendent John Metzler Jr., told investigators that the cemetery had spent "about a million in round numbers" on the effort in 2008.

"Although it is not known with certainty how much has been expended ... evidence established that at least three contractors over a seven-year time period were awarded multiple contracts" on the effort, the report says. "Despite these expenditures, at the time of this investigation, ANC still prepares and maintains manual records."”

That means that because of those contracting failures, the cemetery tries to keep track of the identities of around 30 service members buried every day using bits of paper, essentially the same way the cemetery kept records in the late 1880s. Bits of paper go missing.

The report says, for example, that Higginbotham steered $2.3 million to one unnamed vendor, though "it is uncertain whether ANC received any value" in return. It notes an instance in which a contractor got paid $800,000 to digitize some burial records, thought the contractor produced them in a format that ended up being mostly unusable. In another case, Higginbotham paid a contractor $200,000 for a computer application that didn’t work, telling investigators that, “I made the final payment and it was my fault that I did not pay closer attention.” In yet another case, Higginbotham picked one contractor and then didn’t bat an eye when the contractor doubled his bill from $250,000 to a half-million dollars.

Among other things, the review says Higginbotham was involved in "improper determinations of responsibility, poor or no analysis of price and that prices paid were not fair and reasonable."

The report also noted, however, that other funds from the cemetery’s nearly $40 million annual budget have also seemed to fly out the door for unclear reasons. Army investigators, for example, found that the cemetery paid somebody $113,503 for “printing” expenses in 2009. "But it could not be determined what had been printed and what agency provided the printed products," the report says.

It is unclear why Metzler seems to have delegated so much contracting authority to Higginbotham, who got out of Chapter 13 bankruptcy proceedings in 2002, as the computerization effort at Arlington began, and nowadays can be seen cruising the cemetery grounds in his dark Cadillac Escalade.

Interestingly, the report is also mostly silent on what Metzler knew about any of this during the superintendent’s 19 years there, noting only that the two men, Metzler and Higginbotham, disliked each other and that lines of communication between the two men were "nonexistent."

For the mess at Arlington, Metzler has been stripped of his official title and received a written "reprimand" from Army Secretary John McHugh. That letter will be removed from Metzler’s record when he retires on July 2. Higginbotham has been suspended. The Army has not ruled out further action against him. He could also be prosecuted if more information on contracting improprieties comes up.

Late last year, Salon chronicled how Higginbotham had steered some of that money to a revolving cast of contractors operating under different company names, including one who was involved in computer hacking at Arlington. The Army’s Criminal Investigation Command investigated that case and found in a May 2009 report that Higginbotham had made "false statements" to investigators.