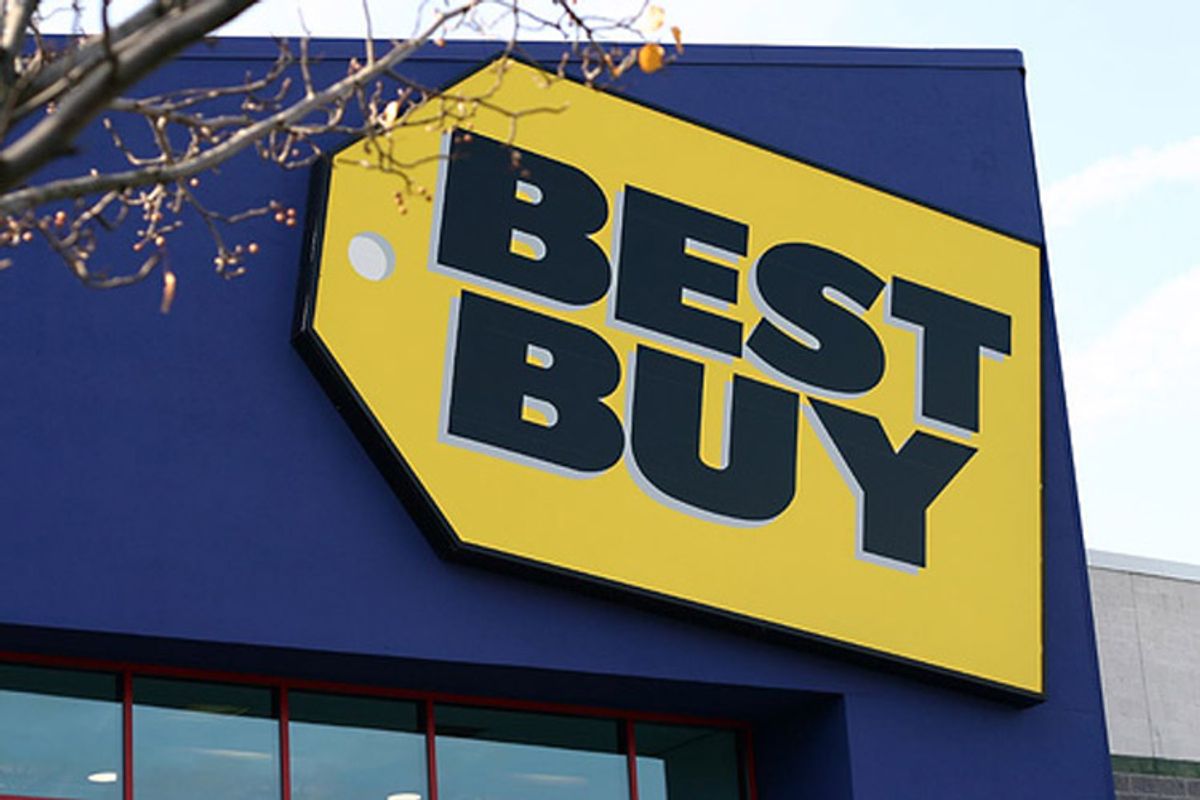 Why don't women shop at Best Buy? Or work there, for that matter? At the largest electronics retailer in the United States, holding what the company estimates as 22 percent of its market share, only 16 percent of its sales are to women and a mere 31 percent of store workers are women, according to the Wall Street Journal.

Nearly 50 years after its founding, it has only recently occurred to Best Buy that maybe talking to women and girls will help them understand why females aren't coming through their doors. These days, it's holding "Women's Leadership Forums" (WOLF) with thousands of participating female employees and customers around the nation (the groups are open to men too). Feedback from these forums inspired a redesign of many of Best Buy's showrooms to resemble home spaces, rather than warehouses. One Wisconsin WOLF group created a customer loyalty plan that allows customers to donate their points to schools. Local businesswomen are advising on the retailer's regional sales strategy. Teen consultants are selling phones and video games to their peers. And the big box company has launched Best Buy Mobile, a chain of shops in malls across the U.S., where it can meet a largely female customer base. While the Journal also reports that some WOLF groups are helping "women workers balance family and work demands," there are no details on what this looks like and it doesn't seem to be a company-wide strategy.

And guess what? Best Buy's sales are up. Quarterly revenue climbed 6.9 percent, and the company expects to hit its annual earnings target this year. Its female market share in fiscal year 2009 was its highest ever. At the same time, turnover among female employees has slowed. Between FY 2005 and 2008, companywide turnover was reduced by 2 percent, while turnover among women was reduced by 5 percent, according to the company's own numbers.

But the changes are still in process, and they didn't come easy. Best Buy executives sneered at the WOLF and teen groups, dismissing efforts to reach out to women and girls as silly. From the Journal:

Despite early successes, some Best Buy executives questioned the point and cost of the women's groups. "People thought it was some Oprah book club," said former Best Buy executive Julie Gilbert who came up with the forums. She is now a consultant helping other companies address problem clienteles.

Likewise, the dudely managers of many local Best Buy franchises scoffed at the concept of reaching out to women and girls. "I can say that I doubted this process from the beginning," said Harvey, a district manager in Indianapolis, as quoted on the WOLF site. Harvey was, however, soon a believer: "I have come full circle from someone who looked at it as 'that women's group' to understanding the impact of how amazing the WOLF program is for our business and more importantly what it does to each individual it touches."

While executives and managers can't help being convinced by the concrete numbers that back up the worth of talking to female customers and employees, their grudging and long-delayed outreach is telling. What exactly is the source of the reluctance? This isn't just a matter for Best Buy; when it comes to chains, there seems to be a weird gender split. While men go to Best Buy, women go to Target. Burger King is for men; Wendy's is for women. Wal-Mart refers to its generic customer as "she." What is baffling about this is how this gap persists when it is simply terrible for business. Besides revealing a knee-jerk distrust for women and girls, doesn't it just plain make sense for chains with locations around the world to appeal to more than one gender? It seems that the chains have the unhealthy sensibility that gendered traits have to be "opposites" you can't be something feminine if you are also something masculine, and vice versa. It remains to be seen if the cold hard numbers will be convincing enough for these companies to edge into the retailer equivalent of androgyny.