The oil company cancels its dividend and agrees to set aside $20 billion. Conservatives call the president a bully 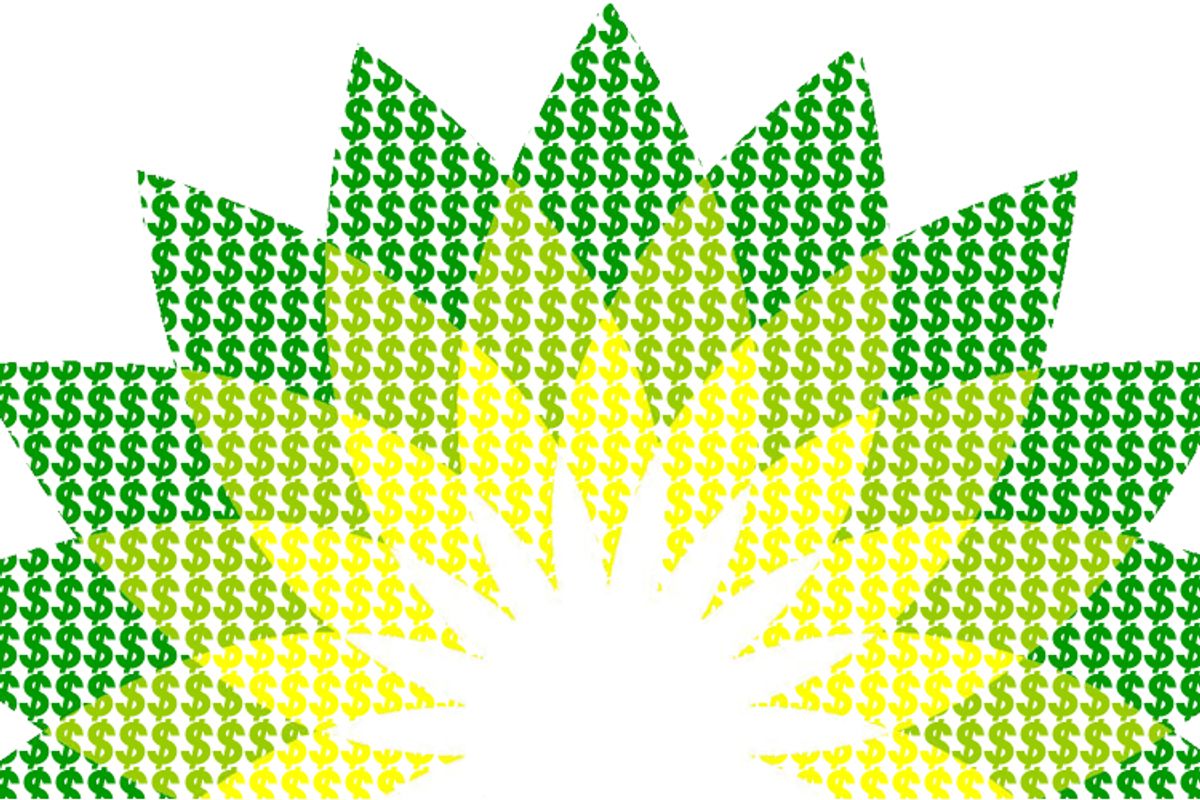 Even as the news was breaking that BP had not only agreed to President Obama's call for a $20 billion escrow fund to pay for damages related to the Deepwater Horizon oil spill, but had also decided not to pay any dividends to shareholders for the rest of the year, the third most popular story on the Wall Street Journal's website was an attack on the president's treatment of BP by columnist Holman Jenkins.

As might be expected from the source, the complaint is not that the president was too mealy-mouthed in his support of new energy legislation in his speech Tuesday night, nor is it that he doesn't have the cojones to put BP into receivership. No, according to Jenkins, by declaring a moratorium on offshore drilling and then asking BP to compensate unemployed oil workers Obama is like "a policeman [who] kicks out your taillight and then writes you a ticket for a faulty taillight."

(The White House fact sheet on the escrow fund indicates that BP agreed to pay $100 million directly to a fund for unemployed oil industry workers.)

Jenkins' analogy, while presumably popular with Wall Street Journal readers, is astonishing (a word he uses to describe the size of the escrow fund) in its willful inability to grasp what's actually going on. Before anyone had the chance to kick any tail-lights, BP drove the entire Gulf of Mexico into a ditch. We've all seen how the passage of time, a phalanx of lawyers, and friendly courts (all the way up to the Supremes) allowed Exxon to escape paying financial penalties commensurate to the damage that the Exxon Valdez spill caused. By getting BP to agree to the $20 billion escrow fund (which, the president has emphasized, is not a "cap), the White House has proactively set up a mechanism to ensure BP pays up, at exactly the moment when BP has no wriggle room to escape responsibility for what t has wrought.

Jenkins even has the chutzpah to blame Obama for BP's falling stock price! We're talking about a company that initially claimed that only 1,000 barrels a day was leaking from the well-head. The latest estimates, released yesterday, put the total potentially as high as 60,000. A company that is now muddling through its third major disaster in five years. A company whose CEO has routinely made comments so utterly insensitive to the scale of the disaster that it is a wonder he hasn't been sliced and diced by his own board of directors, well before the rude treatment he will undoubtedly receive from the House Energy Resources subcommittee on Thursday.

Getting BP to withhold its dividend and direct that cash to an escrow fund now is an example of good government. If a cop had actually been walking the regulatory beat during the previous presidential administration, one that Jenkins regularly defended, the Gulf -- and BP -- might be a lot better off today.