Stupak: BP's Hayward to get "sliced and diced" 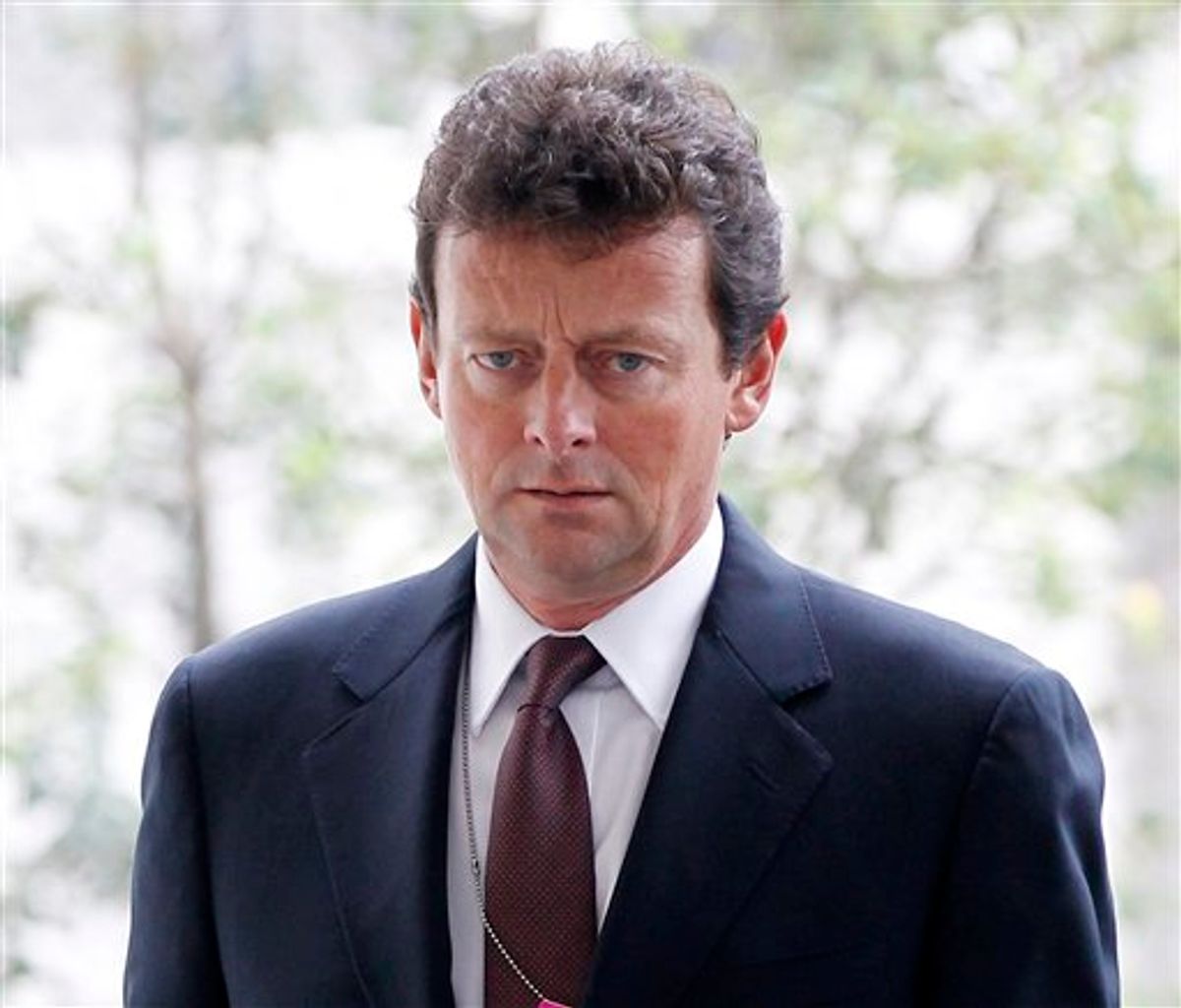 BP CEO Tony Hayward has said famously that he'd like his life back. First, he'll need to survive a congressional hearing that some are describing as a public execution.

"I expect him to be sliced and diced," said Rep. Bart Stupak, chairman of the House Energy and Commerce subcommittee on oversight and investigations, which hauls the British executive in for a hearing/flaying Thursday.

Here's advice from a Washington lawyer, Stan Brand, who specializes in criminal law and Congress: "Put on your asbestos suit and get ready."

Thursday will be Hayward's inaugural appearance before a congressional committee since the explosion and sinking in April of the BP-operated Deepwater Horizon rig, which has become the largest oil spill in U.S. history. At earlier hearings, company executives such as BP America President Lamar McKay testified alongside other witnesses.

This week, Hayward flies solo. He might as well show up with a big X on his forehead.

"There's nobody else in front of the firing squad," Brand said. "It's about as far from a legally recognizable proceeding as you're going to see. It will be a much more dramatic public execution" than the earlier congressional hearings.

Rep. Joseph Cao, a Louisiana Republican and Vietnamese-American, perhaps provided a foreshadowing of what Hayward can expect when he told McKay at a hearing this week: "During the Samurai days, we'd just give you the knife and ask you to commit hari-kari."

Stupak, D-Mich., said he expects to press Hayward about BP's repeated problems over the years.

"We've had three investigations going the last five years," he said, referring to this one as well as probes into a deadly plant explosion in 2005 in Texas City, Tex., and a major oil spill in 2006 in Alaska. "Our committee's been on their butts for a while. They keep making representations they're going to get better -- well, what happened?"

Stupak stressed that the carving up of Hayward he envisions has a larger purpose: to come up with a legislative proposal to prevent such accidents in the future. But the former police officer spoke with the impatience of a cop going after a repeat offender.

"We're frustrated with BP -- it's been five years for some of us on the committee, fighting with them every step of the way," he said.

Another lawmaker on the Energy and Commerce Committee, John Dingell, a Michigan Democrat and former committee chairman, had a similar lament.

"I spent years investigating BP," he said. "I've got a pocketful of promises that they've made me in different times of how they were going to improve things. So, I can see no way that they can be trusted to observe proper care and concern over safety measures."

Of what Hayward can expect Thursday, Dingell said: "He's going to have, if I'm any judge of the committee and the temperament of the members, a very unpleasant afternoon."

Hayward has said he's got thick enough skin to handle the verbal assaults.

"I'm so far unscathed," he told analysts in a recent conference call, referring to the general criticism he's received. "No one has actually physically harmed me. They've thrown some words at me. But I'm a Brit, so sticks and stones can hurt your bones but words never break them, or whatever the expression is."

BP officials declined to comment for this story, including how they plan to prepare for the hearing.

Charles Tiefer, a professor of legislative studies at the University of Baltimore Law school and former general counsel of the U.S. House, said that witnesses in Hayward's situation will often have practice sessions in front of "murder boards," in which experts in crisis management and public affairs throw the most hostile questions they can.

"There's no substitute for getting worked over by your own side for preparing you for a fierce reception," Tiefer said.

The committee's top Republican, Texan Joe Barton, dismissed the public execution analogy as one that "demeans the Congress."

Barton said he supports holding BP officials accountable, but said the committee should also be looking into the Obama administration's response to the spill.

Hayward follows a long list of corporate faces used as congressional punching bags. Just this year, executives from Goldman Sachs spent nine hours trying to fend off accusations from senators that they bilked investors, and Toyota President Akio Toyoda personally and repeatedly apologized for deadly defects in his company's cars -- only to have angry lawmakers forcefully respond that was hardly sufficient.

Texas Rep. Michael Burgess, the top Republican on the oversight subcommittee, said he planned to follow up on comments from two women who testified at a field hearing in Louisiana last week that their husbands, who died in the explosion, had reported problems with the well and felt pressure to deliver oil more quickly.

"I didn't get that when we had the CEOs here in front of us," Burgess said. "So you can be sure that I will be asking some of the questions that those folks brought up."

So what is the committee's ultimate goal?

"Blood," said Brand, the Washington lawyer. "They'd be happy with scalps. I'm sure you'll hear at least three of them say he should resign. It's like being in the Gulag, with screaming, remonstrating members asking compound questions to which there are no answers."