As the housing market continues to struggle, a teenybopper phenom rides to the rescue 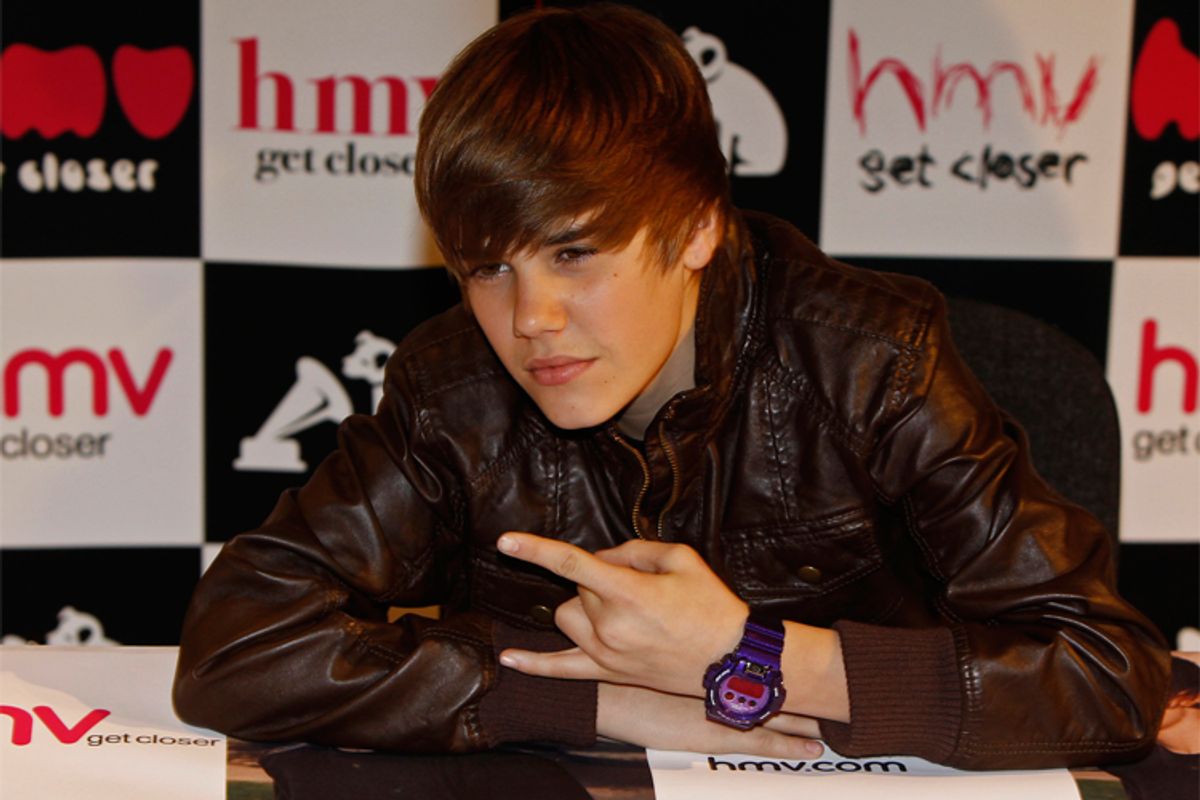 Justin Bieber poses for photographers in London in January.
--

As predicted, the end of the federal homebuying tax credit has pulled the chair out from under the residential housing market. Housing starts fell by 10 percent in May, compared to April, a far bigger drop than economists were expecting. Single family starts were down 17 percent, the biggest month to month drop since 1991. The "homeless recovery" is upon us.

So what's a beleagured homebuilder going to do? Enlist a teenybopper "star" to lure families with young kids to already-completed developments in the hopes of moving some inventory!

KB Home, we must recall, was one of the prime beneficiaries of the housing boom -- as well as a key contributor to the madness. In 2005, the company generated $9 billion revenue from almost 40,000 homes. The purchase of many of those homes was financed by dodgy mortgages orchestrated by KB itself:

KB Home paid a record $3.2 million settlement in July 2005 to resolve allegations by the U.S. Department of Housing and Urban Development that the builder's mortgage unit overstated borrowers' income, among other practices, to obtain loan approvals. KB, which denied wrongdoing, sold its loan business before settling.

Justin Bieber needs to have a sitdown with his management. Do they realize that he is now the musicial equivalent of a subprime liar loan? Some of us already knew this, of course, but it seems foolish to make it so obvious.