"Ulysses Seen," a comic adaptation of James Joyce's novel, was considered too pornographic for the iPhone and iPad 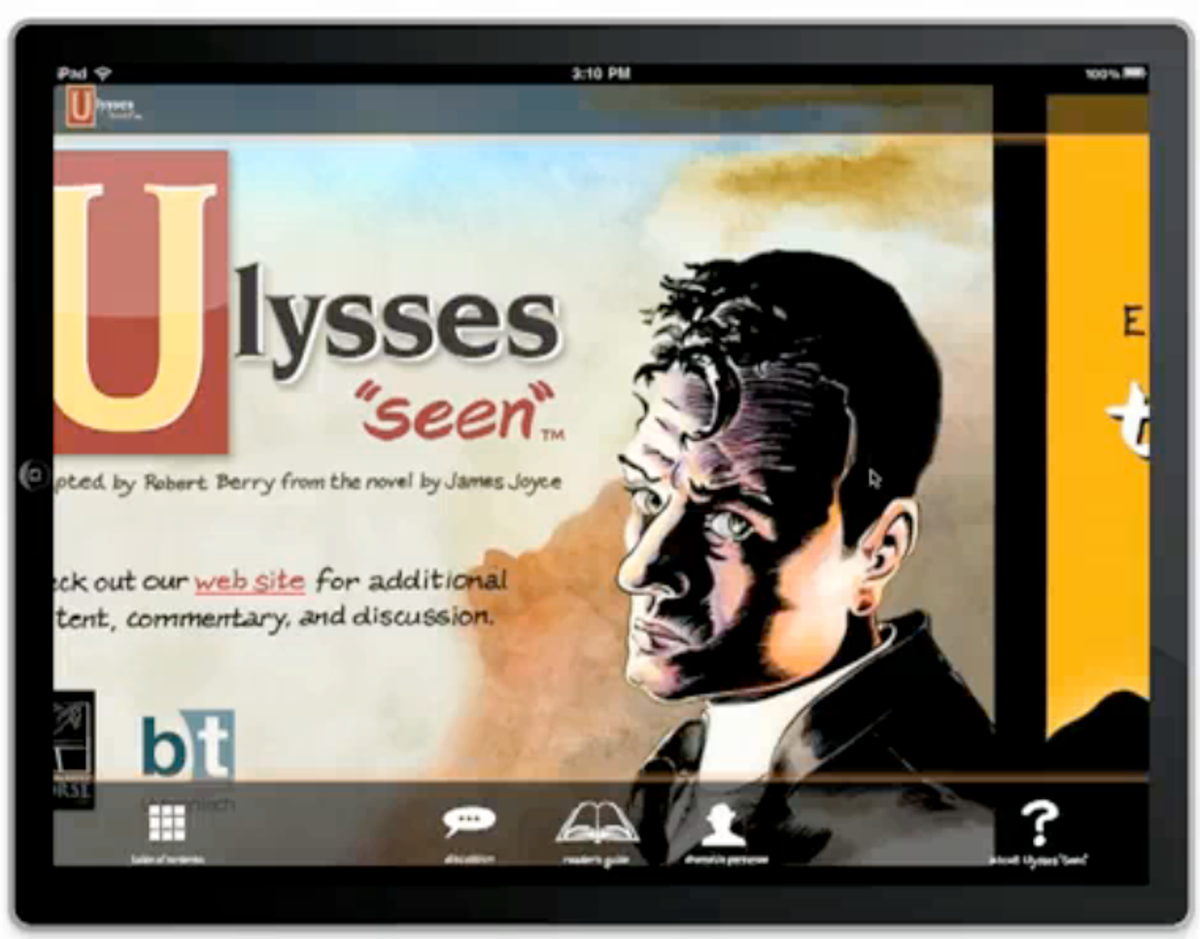 Today is Bloomsday, a commemoration of James Joyce and a recreation of the events in his novel "Ulysses," one of the most revered and holy-cripes-can-I-get-some-punctuation novels in the history of literature. It's also the day that Apple decided to stop being such prudes, sort of, and un-censor "Ulysses Seen," a beautiful comic adaptation of the Irish writer’s masterpiece.

Matthew Shaer of the Christian Science Monitor says that the app was submitted to Apple by a company called Throwaway Horse, earlier this year. There were some naked bits, though, which the computer giant wanted removed, so the company complied. Apple decided today to use the original version, actually admitting they were wrong. I know, right? Comic Book Resources published an interview with the creators of "Ulysses Seen" about their roller-coaster experience with the application-police. The Washington Post's blog Comic Riffs makes a point of reminding us that the debate about “Ulysses” originated more than 75 years ago, and the high court ruled that the book itself was not obscene or pornographic. Of course, we’re talking about actual drawings now, nt just words. But we thought Apple was sort of, well, modern.