Meg Whitman's son was arrested for breaking a woman's ankle 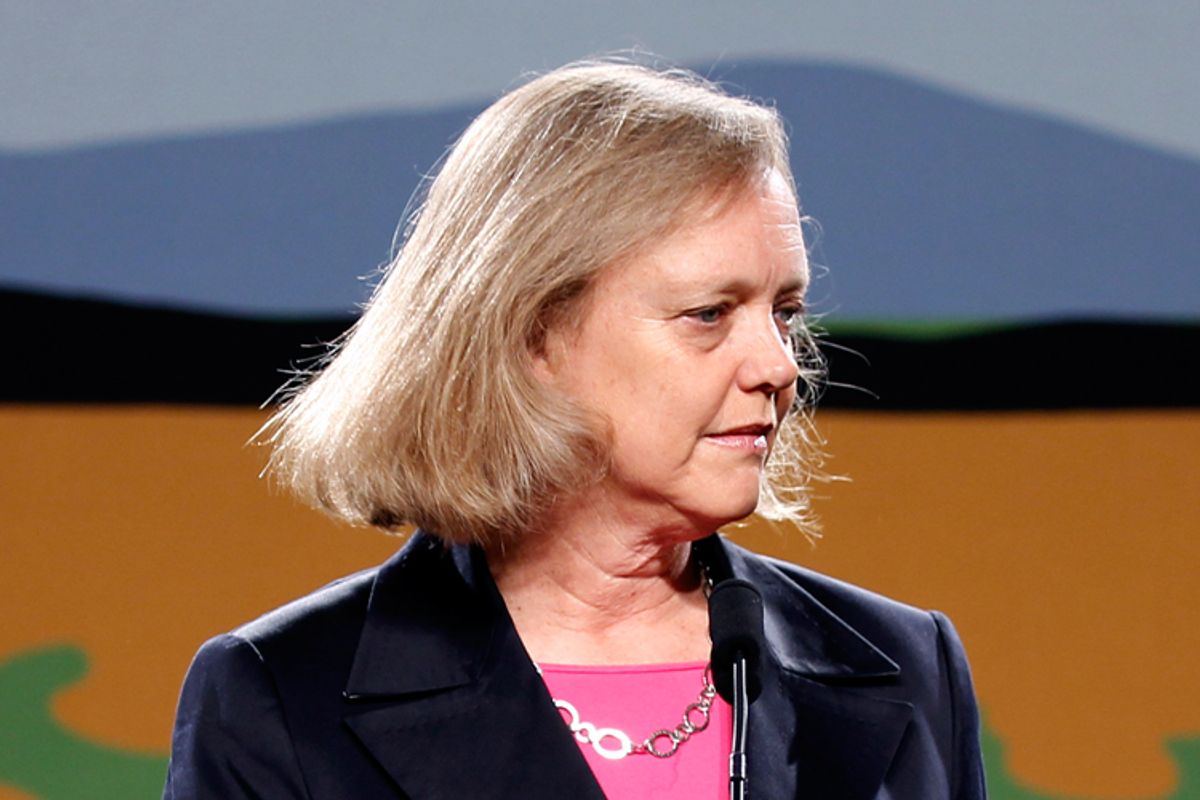 Meg Whitman's eldest son is named Griffith Rutherford Harsh V. in 2006, when he was 21, he was arrested on felony battery charges after he broke a woman's ankle at a bar in Palo Alto.

According to police and court records unearthed by Gawker, the fight happened when 22-year-old Valerie Sanchez said "fuck your fraternity" to Griff and knocked his hat off his head. Later, according to Sanchez:

Griff "pushed" her "with two open hands on her chest and shoulder area." She fell down and felt her right ankle "snap." A nearby security guard witnessed the event and corroborated Valerie's version of the events.

Whitman bailed him out (with a $25,000 cashier's check) and, a year later, charges were dismissed. No one is willing or able to explain why. This seems perhaps more serious than shoving someone over a Second Life dispute.

(Younger Whitman son Will Harsh is notable primarily for the time he used the "n-word.")