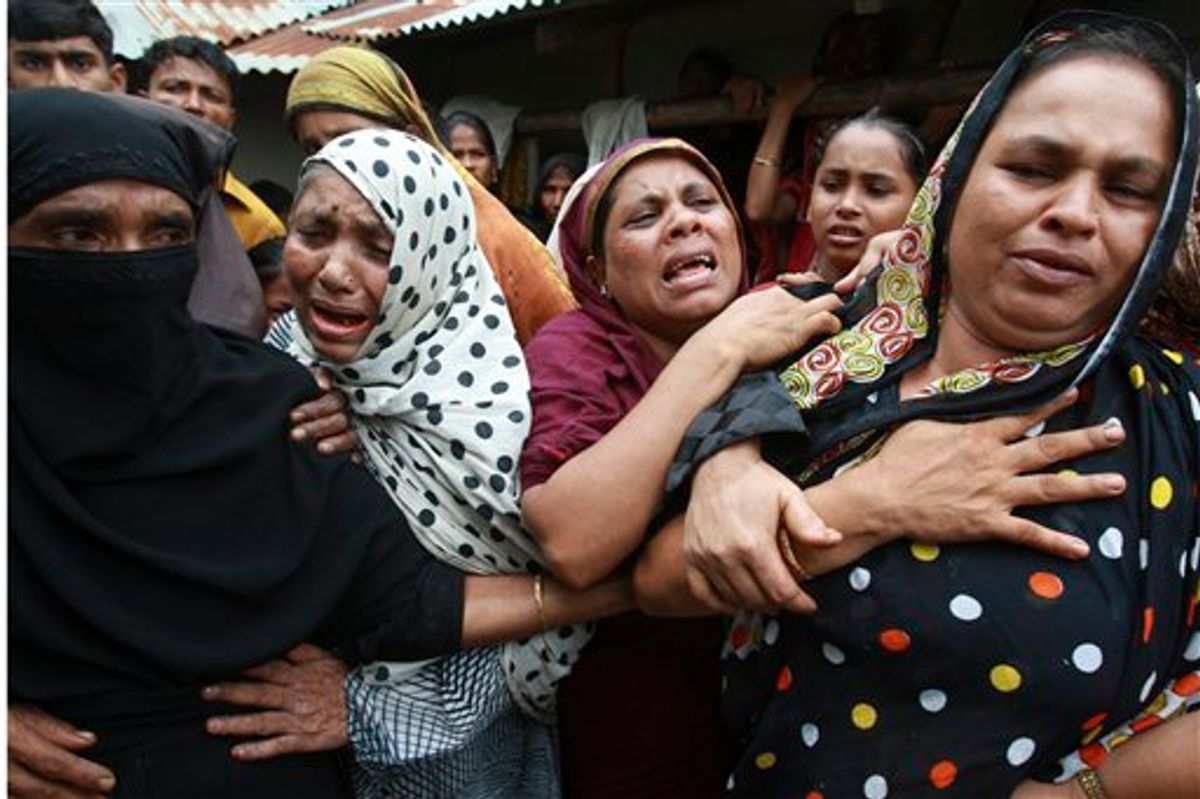 Floods and landslides triggered by incessant monsoon rains in Myanmar and Bangladesh have killed more than 100 people, officials and reports said Thursday.

At least 46 people died Tuesday in Myanmar's northern Rakhine state, according to the state-run Myanma Ahlin newspaper. Rescue workers are pulling residents out of the worst-affected areas and trying to open a key road damaged in the torrents. Bridges in the region have also been washed out.

State television reported Wednesday that 28 of the people were killed when houses built on mountains collapsed in landslides in Buthidaung, 360 miles (575 kilometers) northwest of Yangon, and 18 others died in Maundaw, south of Buthidaung.

Flooding is common in both countries during the monsoon season that typically starts in late May. Cyclone Nargis struck both countries in May 2008, devastating large swaths of Myanmar where it left more than 140,000 people dead or missing.