The Texas Republican is sorry again, but his "shakedown" talking point came directly from a House GOP press release 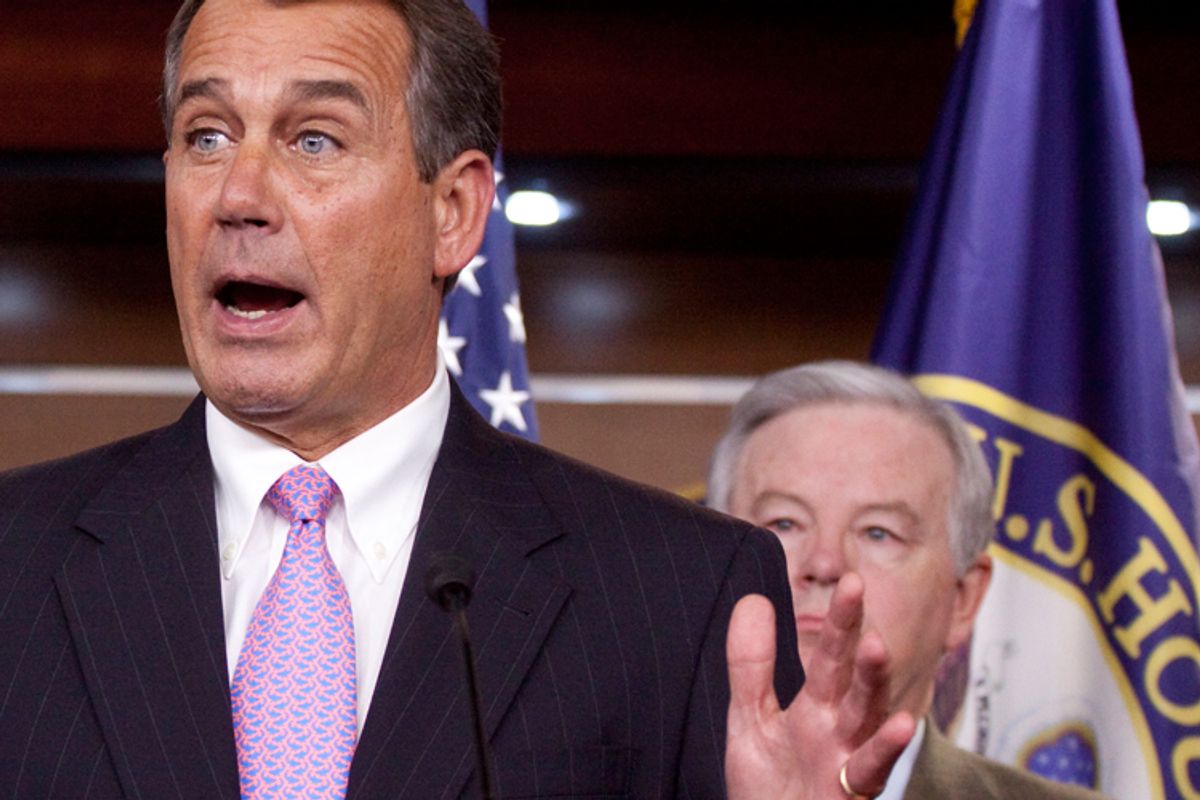 Asked if the government was being too hard on BP, Boehenr just repeated that he believes that BP "ought to be held accountable to stop the leak and get it cleaned up as soon as possible."

Barton himself closed today's hearings by saying he's sorry that his comments were "misconstrued":

"And if anything I said this morning has been misconstrued to the opposite effect I want to apologize for that misconstrued misconstruction."

But where, exactly, did Barton come up with the idea that the White House was way out of line in pressuring BP to create the escrow fund? He got it from party leadership.

The Republican Study Committee -- the influential conservative caucus that the vast majority of Republican congressmen belong to -- put out a release yesterday calling the creation of the fun "Chicago-style shakedown politics."

Rep. Tom Price (R-Ga.) — chairman of the group of more than 100 conservative members — said in a statement Wednesday that BP's agreement to create an escrow account at the behest of the government was "borne out of this administration’s drive for greater power and control."

"In an administration that appears not to respect fundamental American principles, it is important to note that there is no legal authority for the president to compel a private company to set up or contribute to an escrow account," Price said.

Barton is an oil industry stooge, yes, but he was just repeating a talking point dreamed up by the conservative leaders in his party. He didn't go rogue.

Meanwhile, Florida Republican Adam Putnam said Barton "owes the people of the Gulf Coast an apology, not the C.E.O. of the company who may have cut corners to produce this horrific national tragedy.” Florida Republican Jeff Miller called on Barton to step down as ranking member of the energy committee.

"I condemn Mr. Barton’s statement. Mr. Barton’s remarks are out of touch with this tragedy and I feel his comments call into question his judgment and ability to serve in a leadership on the Energy and Commerce Committee," Miller said in a statement. "He should step down as Ranking Member of the Committee.”

Unlike Putnam, Miller is a member of the Republican Study Committee. He didn't bother condemning their official position on the escrow fund until a Republican said something dumb on TV about it, though.