The president's Oval Office speech was too smart for dumb Gulf folk, according to a pretend language expert 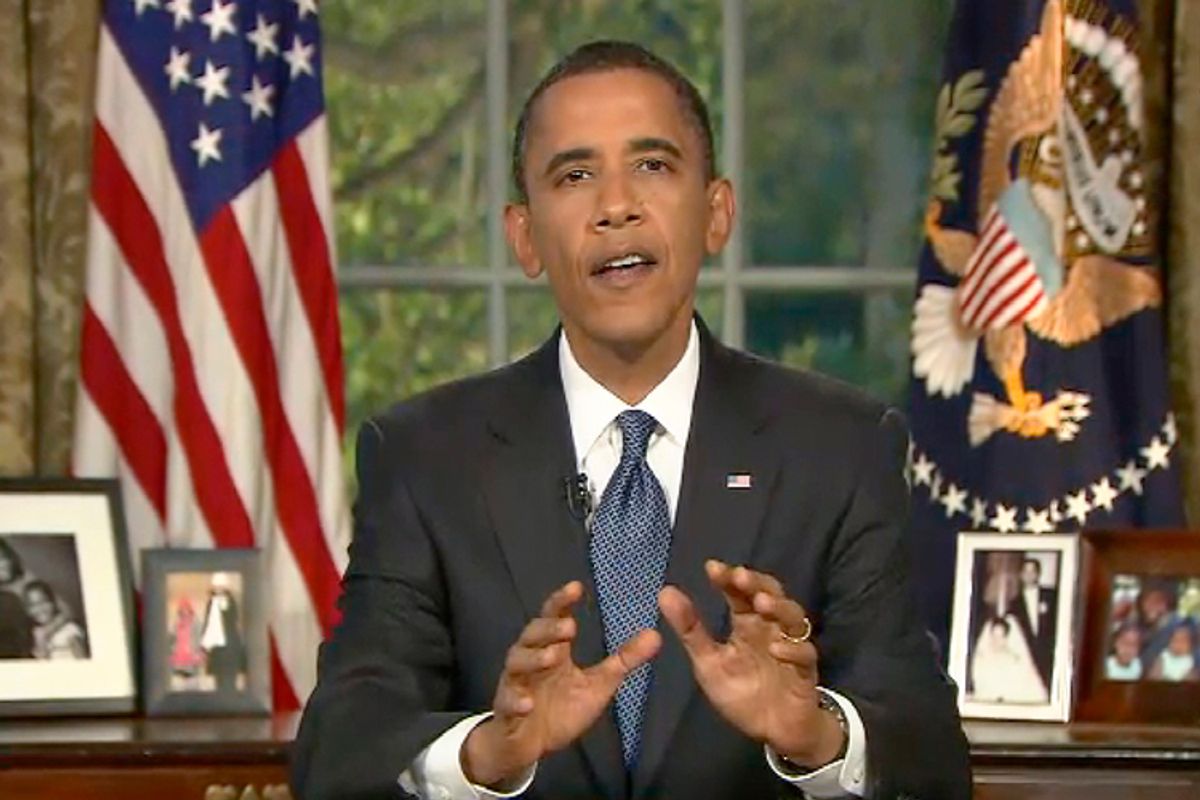 President Obama addresses the nation from the Oval Office on June 15.
--

According to Paul J.J. Payack, president of "Global Language Monitor," an Austin, Texas-based company that "analyzes and catalogues trends in word usage and word choice and their impact on culture," President Obama's Oval Office address Tuesday was far too professorial for his intended audience. Payack reveals his analysis of the speech in a report released Wednesday, and duly reported on by CNN.

For starters, Payack is not a professional linguist — he often boasts of a Harvard degree, which turns out to be some coursework in comparative literature that he took through Harvard's extension program.

This language expert cannot even correctly identify the passive voice.

So not only is this story completely insulting -- a speech supposedly written at the 10th-grade level is too sophisticated for common folk in "Katrina land," according to Payack -- it is also based on the "research" of a complete fraud. It not much different from running a story on important new findings in evolutionary biology based on a child's science fair project on frogs. [Via]

Clarification: Payack has contacted us and asked us to clarify that, despite the fact that he's been mistakenly referred to as a linguist, he has never identified himself as a linguist. He is, instead, the "chief word analyst," for his company.