The Texas Republican is very, very sorry that BP may have to take responsibility for its actions 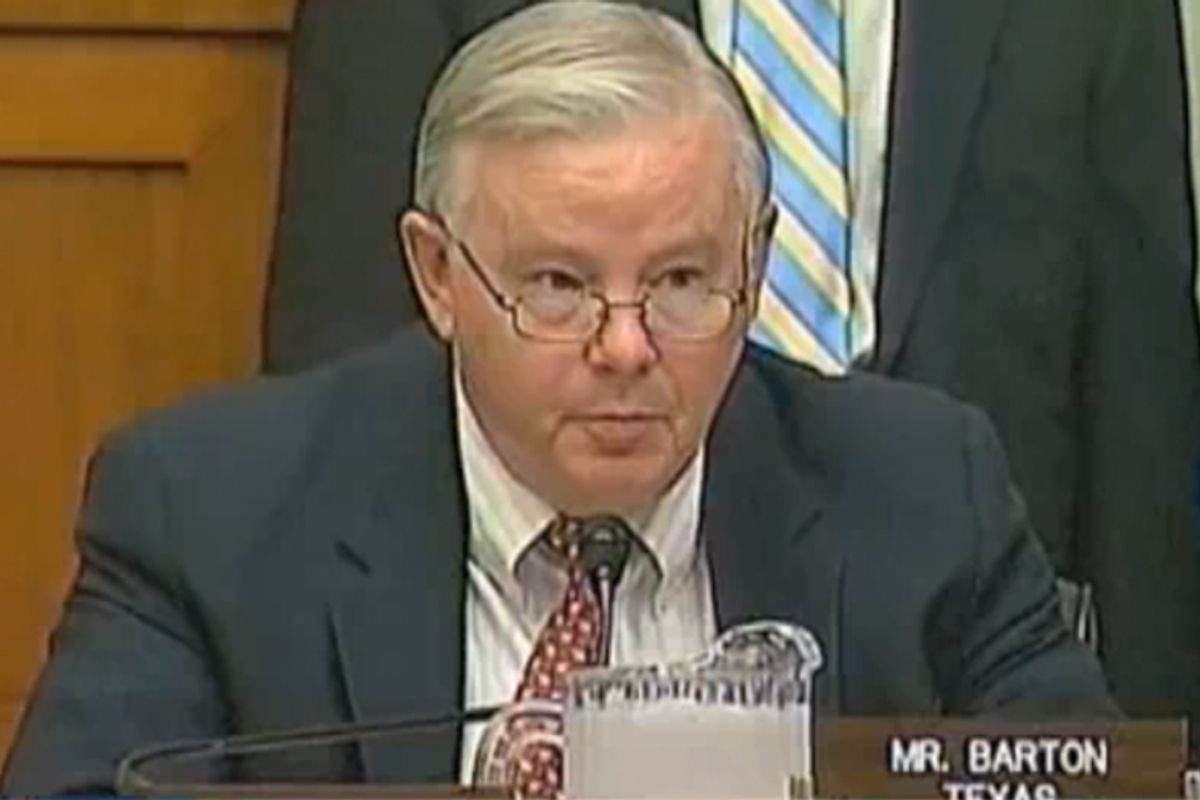 Texas Republican Joe Barton is the oil and gas industry's official representative in Congress. So, naturally, he was not happy that BP CEO Tony Hayward was forced to put aside money to help people hurt by his company's massive, still-gushing oil spill in the Gulf of Mexico.

"I'm ashamed of what happened in the White House yesterday," Barton said. "I think it is a tragedy of the first proportion that a private corporation can be subjected to what I would characterize as a shakedown, in this case, a $20 billion shakedown."

And then, he apologized:

"I apologize," Barton added. "I do not want to live in a country where any time a citizen or a corporation does something that is legitimately wrong is subject to some sort of political pressure that is -- again, in my words, amounts to a shakedown. So I apologize."

Yes, Joe Barton does not want to live in a world where when corporations do bad things, they are forced to suffer consequences.

Then, according to CBS, Joe Barton just decided to act like a dick while Ed Markey responded to the crazy thing he said:

As Markey spoke, Barton leaned back in his chair reading what appeared to be the newspaper Investor's Business Daily.

Sorry, Joe Barton's too busy readin' about his important investments to listen to anyone explain why the industry that sent him to Congress to do their bidding needs to pay for the untold damage and destruction they've wreaked on the United Sates!

Barton is the ranking Republican on the Energy and Commerce Committee. Should the Republicans take the House, Barton would chair the committee.

He is dumb and mean. He was particularly proud of the time he baffled Nobel-winning physicist Stephen Chu by giving him six seconds to explain how oil got to the bottom of the ocean.

And he'll be the most powerful member of the House on all energy and climate issues should the Republicans take back the House.

(According to Richard Lugar, a climate change bill that includes putting any sort of price on carbon emissions cannot possibly pass in the Senate, because only 51 senators -- a majority of them, in other words -- support such a plan.)