No-fault divorce? It's about time 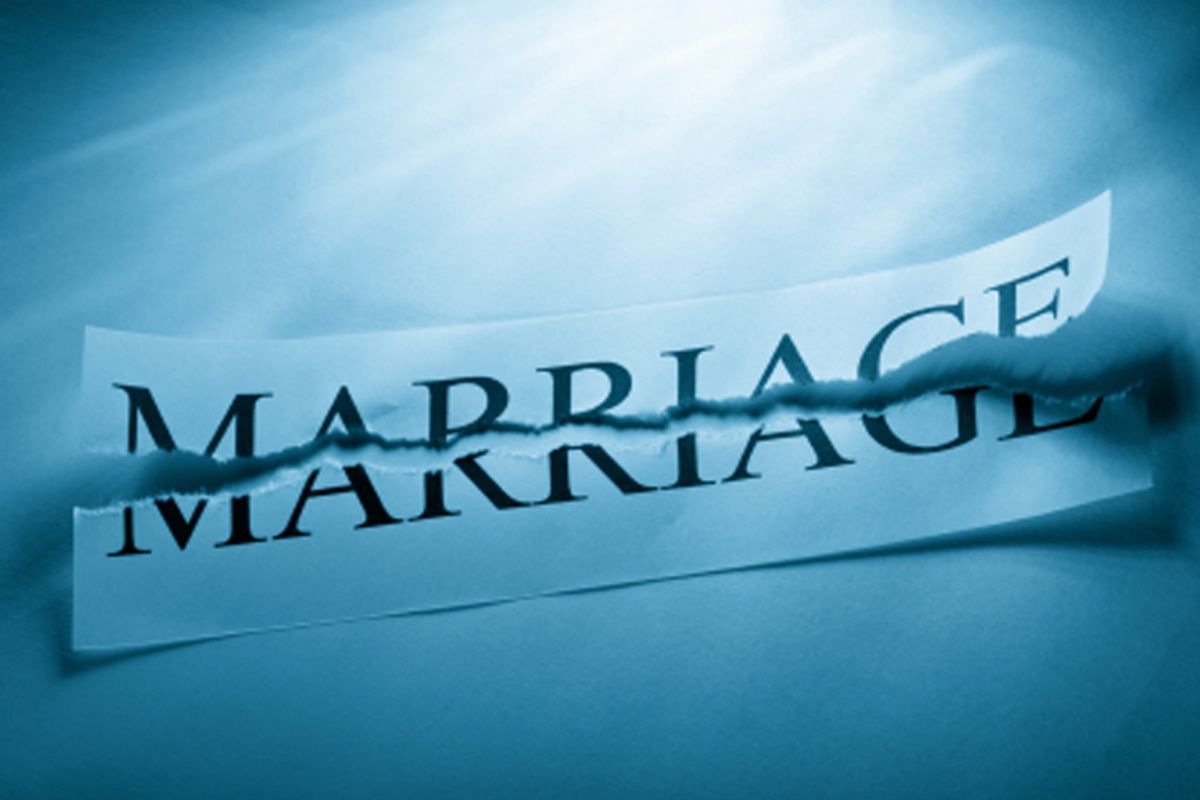 Oh, New York. Welcome to the 20th Century, where marriage cannot be used as a literal ball and chain by a person unwilling to let go.

What mystifies me the most is the official reaction of Maria Pappas, president of the state chapter of the National Organization of Women, who believes no-fault divorce will cause the sky to fall. Specifically, Pappas believes that "homemakers" are granted leverage with fault-based divorce that they lose when unilateral, or no-fault, divorce is introduced. (It also mystifies me that spouses could still, even in 2010, be forced to stay married to someone who refused to let go.)  She also dismisses the support for no-fault divorce from domestic violence attorneys as "the objections of a few" and suggests that, with the proper education, judges would never force victims to stay in such a relationship even in a fault-based only regime.

These objections are antiquated and wrongheaded. Households of 2010 don't look quite like they did in 1969, when no-fault divorce actually was a controversial topic and these counter-arguments held some weight. The working dad/stay-at-home mom model of the middle class has been replaced by two-parent earner households and a growing number of working mom/stay-at-home dad arrangements. In working poor and impoverished families, the one-parent provider model was never the norm. No-fault divorce seemed scary when it had never before existed, but the truth is that its introduction was long overdue. Feminist groups at the time supported no-fault divorce, as it provided women an escape hatch from desperately unhappy marriages in a society where they were already disadvantaged on almost every level, regardless of their marital status. Imagine an abusive marriage in 1968, when the court-savvy abuser could actually force the victim to stay in the relationship forever. Imagine that now, and you know why domestic violence attorneys are in full support of introducing no-fault divorce to New York. And the judges aren't the only problem.

I've practiced in two states with radically different no-fault laws, and I can't tell you how many times I've told a controlling, psychologically abusive spouse, "No, Mr. Jones. You can't make her stay married to you if she doesn't want to be." (I also can't tell you how many times, while teaching a pro-se divorce clinic, I hear the question, "Can I take back my name from her?" But that is another story for another time.)  Fault-based grounds usually include mental cruelty, but true mental cruelty has a psychological component that can make it very difficult for the abused spouse to articulate that abuse. More to the point, the abused spouse may be terrified to describe the relationship on paper and testify about it in a court. And of course, a controlling partner will always choose the path of most resistance to whatever it is that the other spouse wants.

No-fault is simply a mechanism by which the contractual relationship is severed. If this mechanism ends up prejudicing the party at an economic disadvantage, the child and spousal support provisions need to be altered. In many states, a judge is directed to take a list of factors into account when awarding alimony: The earning capacity of each party, the child custody situation, the length of the marriage, and the standard of living during the marriage. In Louisiana, "fault" is a barrier to receiving spousal support, rather than the gateway to it. Illinois doesn't take it into account. The party who ends up economically disadvantaged is usually the one who has custody of the children, regardless of fault and regardless of earning status prior to the separation. It makes sense -- the non-custodial parent pays a percentage of income toward the child each month, while the custodial parent pays in 100 percent toward that child's needs. In my experience, the primary custodial parent is usually the mom -- but no-fault divorce plays no role in creating that inequity.

Further, married or divorced women aren't the only ones who face this issue. If there is a modern women's issue that needs to be addressed, it is the fact that single mothers are often severely disadvantaged to the point of insurmountable poverty, partly for not having married the fathers of their children and especially when they leave a long-term, cohabitative relationship. They face almost-insurmountable obstacles to collecting child support, not the least of which being court systems that treat them with contempt that, in my opinion, should be reserved for the fathers who don't feel the need to support their children. These women are unable to divide properties or stake a claim in assets that would have been partially theirs if only they'd signed a marriage certificate. If activist groups really are concerned about how women are economically disadvantaged by the breakup of a relationship, they should focus their advocacy efforts on child support rather than on keeping New York in the dark ages of family law.