"So You Think You Can Dance": Looking for the oomph 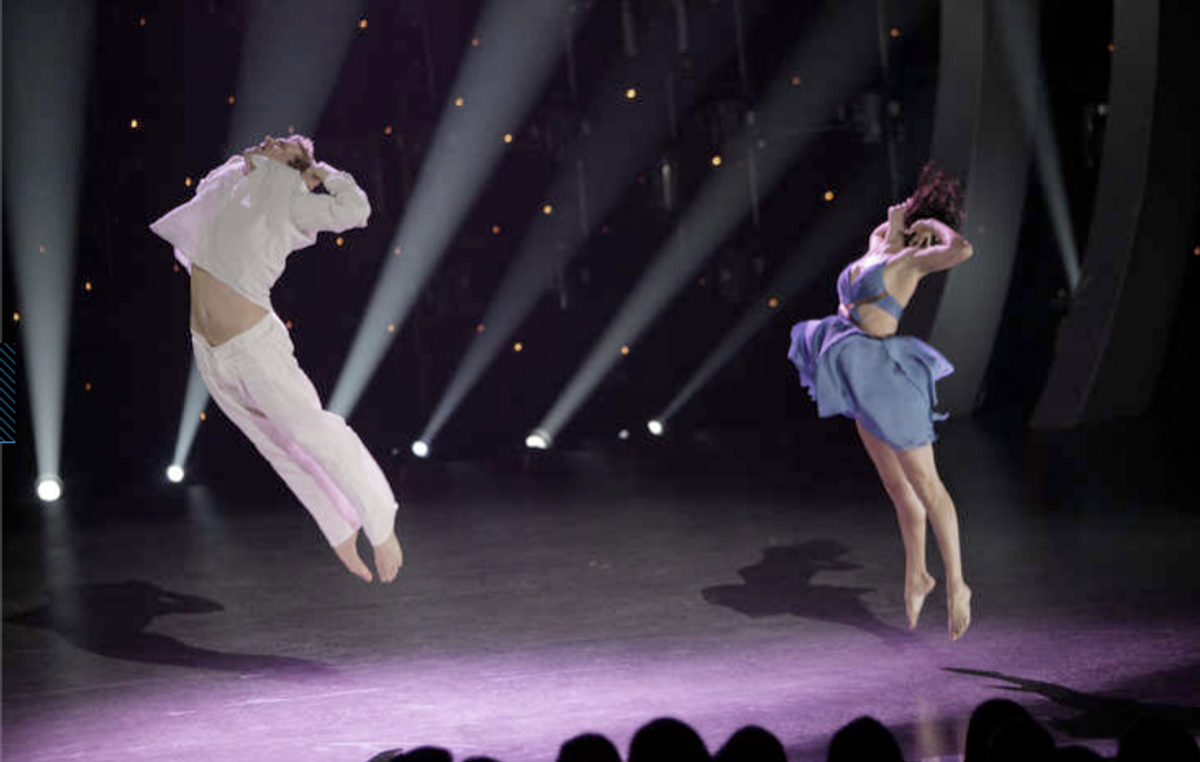 Here it is, ladies and gentleman, the first competition show of "So You Think You Can Dance," season 7! This is when choreographer, dance style, technique, and show-person-ship must fuse into one divine expression. Sometimes it's transcendent (Alex Wong, I'm talking to you!) and sometimes it's flat, like year-old Keystone Light (sorry, Melinda). I'll say right off the top that I was glad to only have to focus on one dancer per routine, a direct result of the "All-Stars" format this year. Yes, yes, yes, I'm a convert. Naysayer to yay-sayer.

The judges spent a lot of time Wednesday night talking about what happens "in between the steps," the little extra bit of oomph and emotion and movement-without-moving that the most successful performers infuse into each number. I see it as the difference between a chorus member and a Broadway star, or a character actor and a lead. Because it is, really, the ability to act that makes certain dancers haunt you later. They make you believe that they are someone's naughty office daydream (thank you, Kathryn, for being so exquisite I never saw AdéChiké.)

I was only knocked out a couple of times during this maiden competitive voyage -- Alex produced my first tears of the season, right about the same time all of the judges lost it too. Granted, his piece was a perfect storm of Jeff Buckley, a mature and powerful partner in Allison, and Sonya's choreography landing well within his comfort zone. But what an incredible display of control and barely contained fever that was. I couldn't even take notes while it was happening. I loved Robert and All-Star Courtney's African jazz routine at the end of the show, too. Without the usual heavily percussive music that accompanies most African dance I was able to tune in to the joyousness of the movement itself, the expansion and contraction and uplifted arms, instead of being entranced by the downbeats and the forcefulness. And I'd be remiss if I didn't mention the thrumming sexual animal that was ... Kent? OK, he wasn't all that manly, but he out-butched Billy Bell by a mile and actually made me say, "Holy crap." Kent the Gleeful was the only dancer tonight to look like he was having the time of his life, and his little hips moved with shocking independence from the upper half of his body (essential for a cha-cha, right?) My first thought when I saw him partnered with Anya was "he'll be ground into a fine, virgin-y dust." And he almost was! But my pocket-sized precious shook his ass off.

On the other end of the spectrum were the disappointments, of which poor Billy was the first. Straight out of the gate, he's doing Broadway to "Footloose" and looking like an extra from "High School Musical." Not working for me. Next, it says something about AdéChiké's chances if the best things about his piece were his partner and the Florence + The Machine cover of "Addicted to Love." I need to download that.

Melinda, oh Melinda -- the second she threw her arms in the air with her hands stuck at right angles I cringed, and it just didn't stop. I don't think tap prepared her very well to use her body as one long, continuous instrument. In ballroom-type numbers I'm always looking at the couple's hands when they join together, how effortless the clasps are, whether or not they have to fumble for each other. The fluidity wasn't there. And her gratefulness during the judging seemed suspiciously feigned. She's gorgeous, but out of my top three.

In fact, I think the girls are going to have a really hard time this year. Alexie can't get past the "cute" thing (and my mama has harder hip-hop hits), Melinda's got very little authentic warmth, and Ashley isn't popping off the screen yet (and ix-nay on the funny voices). I'm excited to see Lauren break open and spill her emotions on the floor like a busted pinata, but whether she will or not remains to be seen. Cristina stands the best chance of all the girls after this week, since she showed impressive range for a ballroom dancer and didn't let my gorgeous Mark show her up during her "I'm a snake" routine.

Things I learned this week: Cat Deeley does not always make impeccable sartorial decisions, evidenced by the honey pot on her head and that teal and gold ice skating costume. Yoga will make you a better b-boy, but Jose needs to work on his "stank face." Tyce Diorio was a subpar student at LaGuardia, which just goes to show fancy private schools are useless. Adam Shankman judged a mini-Alexie on "Star Search" in 1991 and looks almost exactly the same as he did then. He might be a vampire. Or Dorian Gray.

My bottom three predictions: Melinda, AdéChiké, and Ashley. I'll post an update to this recap after the elimination so I can own up to my mistake or gloat because I'm all-seeing.

Quick P.S. to the judges: as a radio broadcaster for 14 years I know how hard it is to think on your feet and land a joke live on the air. There's a space in between the thought formulating in your head and your mouth actually saying it, and I want you to use that space to reflect on what you're about to say. "True Hood?" "Beauty and the Weaved?" Tsk tsk.

Quick P.P.S.: last week I wrote that if Alex Wong is a "goofball" as he claims, I'm the Maharishi. Well, the lovely Juliet sent me a link on Twitter (I'm NerdAlert19) of Alex and friend busting some sick moves to the "Mortal Kombat" theme. I respectfully pass the fun to you.

UPDATE, with spoilers, duh: Before you even think it, do not mention the words "Justin Bieber featuring Usher" to me. I felt violated, and old, and I don't care to discuss it further. As for the show, I was only right about one of the bottom three dancers, and I thought Cristina's inclusion in that group was a miscarriage of justice. Melinda, sure. And when Nigel told the tap-dancer she lacked warmth, I was like, "he read my recap! I said that!" It's possible, you know -- I tweet him. In the end, Alexie lost on the same night the Lakers, her ex-employers, won their championship. The upside being she could go downtown and jump on some cars and she would blend right in.

I have to mention what has always been one of the very best parts of "SYTYCD," something that makes me look forward to every elimination show. The chance to see professional dancers with years of experience go out on that stage and teach the babies how it's done. Broadway is one of my favorite styles, and I've never been to a show in New York, so to be able to watch artists from Twyla Tharp's "Come Fly Away," was, in a word, thrilling. Keith Roberts and Karine Plantadit were fire. The living element of fire on a stage. I've never seen a dancer throw her body around an environment with such willful abandon and ferocity. It made the hairs on my entire body stand up. Mouth. Gaping.

'Til next week, when we, for realsies, only have ten to choose from.