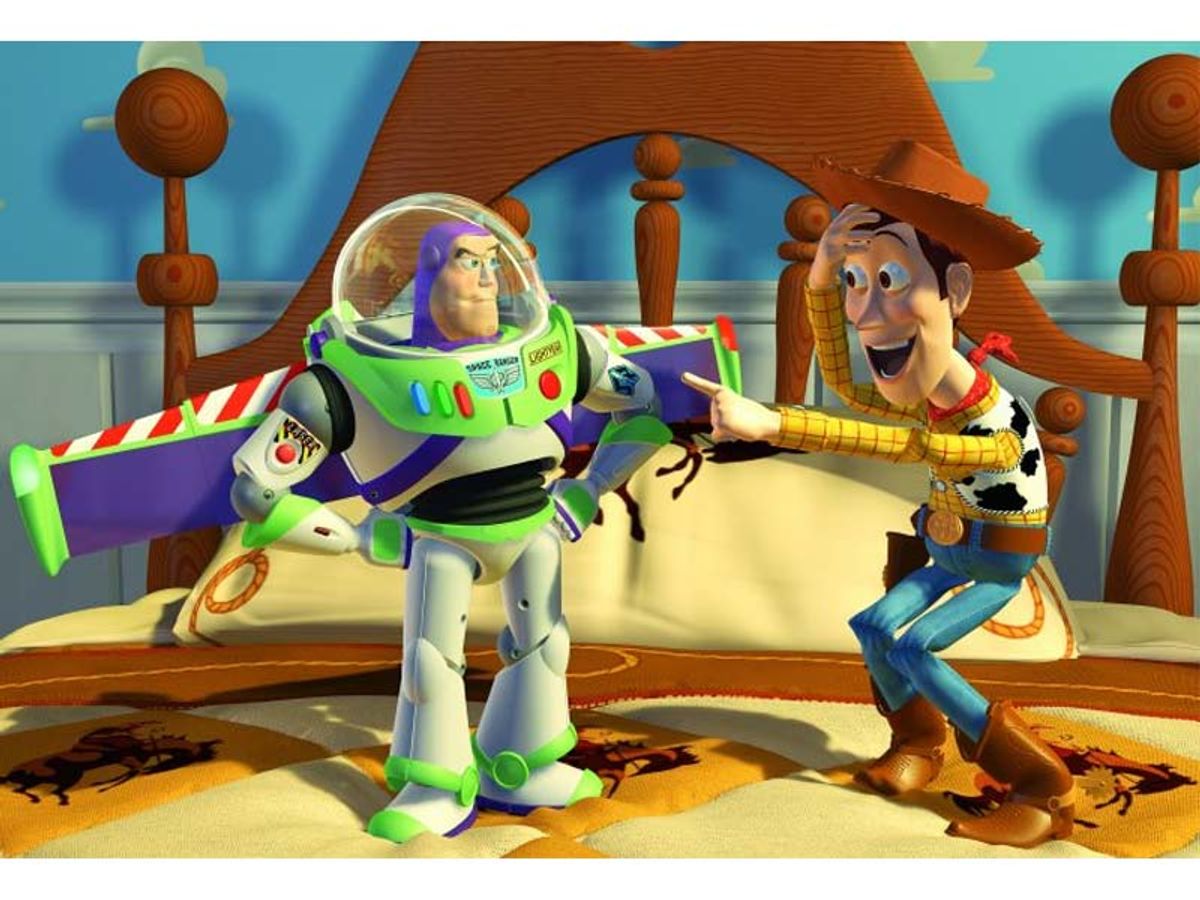 Pixar, if you believe the hype, is like the Holy See of animation, producing rapturous edicts on human nature, sacrifice and friendship. My inner cynic says "Eh." The studios' latest money-printing machine is "Toy Story 3," in theaters Friday. One of the original characters, Slinky Dog, was voiced in the first two films by Jim Varney, he of the "KnoWhutIMean, Vern?" and several "Ernest Goes To ..." movies. Varney passed away in 2000, though, so showbiz veteran Blake Clark has taken over voicing duties for the new movie. It seems like the only way Pixar will stop paying you to work for them is if you die. They've got their own little theater troupe, like Christopher Guest.

AllVoices has a piece on Blake Clark's homage to his freind Varney in "TS3" role. According to Moviefone.com, the makers of 3-D glasses have decided to unleash a zillion pairs of kid-size specs on the world, so get ready to pull those out of little Johnny's nose. If you were wondering why the heck Twitter all of a sudden had "Toy Story" trending with a little "Promoted" tag next to it, Computerworld has your answer. And Disney debuted a new trailer for the "Toy Story 3" video game, featuring over 100 people at the Electronic Entertainment Expo in a flash-mob-style dance. NICE!