Both pilots sick: Could you land the jetliner?

This week a flight attendant had to step in when a first officer fell ill. What if the captain had too? 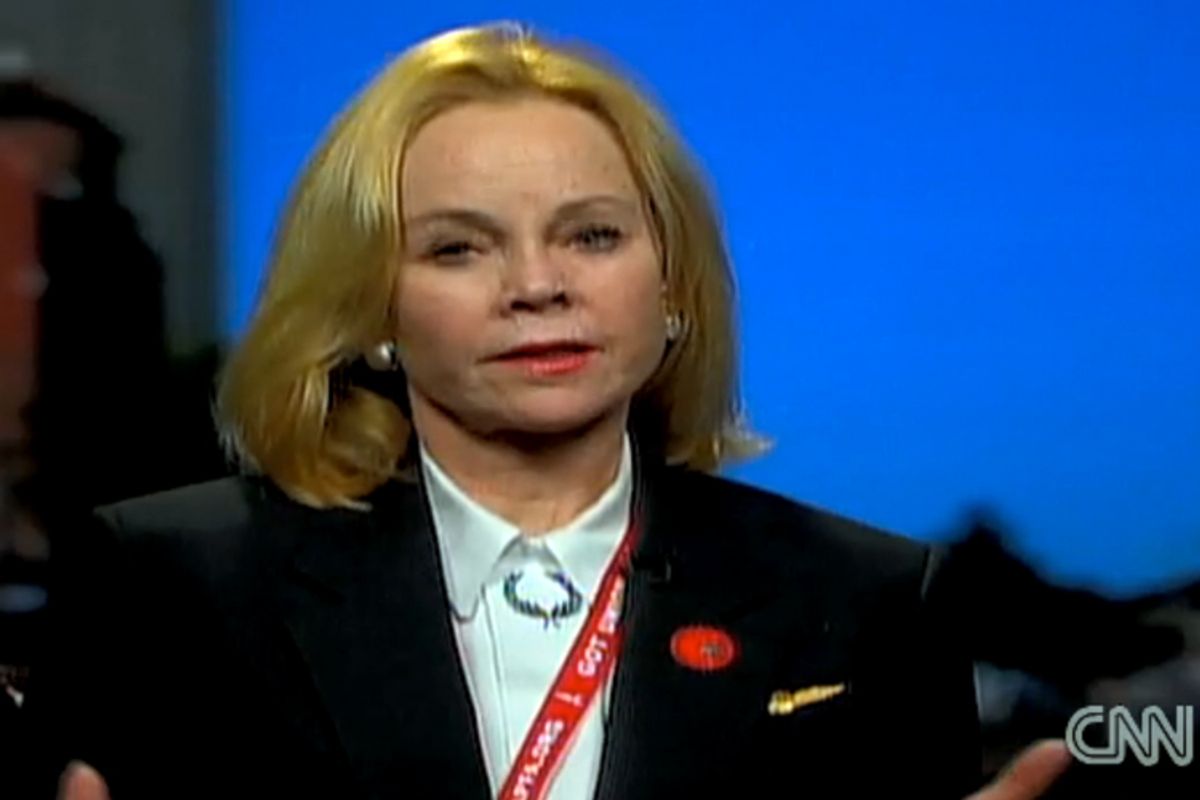 You probably heard about the incident on Monday involving Patti DeLuna, a 61-year-old American Airlines flight attendant. DeLuna was summoned to cockpit duty on a Chicago-bound 767 after the first officer fell sick. She took the ill pilot's seat and assisted the captain. The Boeing 767, with 225 passengers aboard, landed safely at O'Hare airport.

DeLuna holds an FAA commercial pilot's license but has not flown in many years. She has about 300 piloting hours in light aircraft dating back to 1970. She was, in her own words, "the best available backup pilot on the plane."

Did they need a backup? It should go without saying that the captain would have been able to land the aircraft perfectly well on his own (just as the first officer would have done had the captain fallen ill). Then again, I suppose that two pilots -- even if one of them is but a would-be pilot -- are always better than one.

DeLuna has a great story for her grandkids, and I really don't mean to rain on her parade. But to say that she "helped land the plane" is excessive. I imagine she read a checklist or two, and maybe put the landing gear down at the captain's command. Fun stuff like that. From a Chicago news website: "The captain assigned DeLuna to change the altimeter settings a few times because the altimeter gauge, which measures the airplane's altitude, was on the right side of the flight deck panel, she said."

For the record, there are three barometric altimeters on a 767's instrument panel: one of the left, one on the right, and one in the center.

I used to have a colleague, a DC-8 freighter pilot at the time, who was commuting to work one day in the coach cabin of an MD-80 when the first officer became very sick and had to leave the cockpit. Like DeLuna, my colleague was offered the vacant seat to help out. He knew very little about the MD-80's cockpit, and the captain would hardly let him touch anything.

For better or worse, what happened in that 767 on Monday is raising the inevitable question: What might have happened if both pilots of the flight had become so ill they could no longer fly?

What if? Could DeLuna have somehow landed that 400,000-pound jetliner on her own?

The answer, in my opinion, is an asterisked no. Provided she could figure out how to work the communications radios, there is a very outside chance that she could then have been talked through a series of descents and into setting up an auto-land procedure at O'Hare. Such a scenario would be fraught with complications and the chances of disaster extremely high. She would have to be coached from 35,000 feet all the way to the point where an automatic approach could commence, complete with any number of turns, descents, decelerations and aircraft configuration changes. I reckon that would be about as easy as dictating brain surgery over the telephone to somebody who has never held a scalpel.

But today's airplanes, they just fly themselves, right? Says reporter Jon Hilkevitch writing in the Chicago Tribune, "One pilot is fully capable of flying a 767. In fact, the sophisticated plane, equipped with an array of computers, can fly and land by itself."

He got the first part right, but the second is at best an extreme oversimplification. The idea that modern commercial airplanes "fly themselves" to the destination is preposterous. Yet we hear it over and over and over.

And pilots, I have to say, are often their own worst enemies when it comes to perpetuating the myths and misunderstandings of what "automatic" really means. A pilot says, "Well, we turn on the autopilot and the plane lands on its own." Well, yeah, but that's a bit like a surgeon saying, "Well, we cut into the brain with a saw and remove the tumor." Sure, it sounds easy, but what does it really mean, and what does it really entail, so far as expertise goes?

(And for what it's worth, although modern jets are certified for automatic landings, they are quite rare in the field. I see only a few each year. The vast majority of landings are manual.)

Here's a modern cockpit. What do you think? See that center rectangular panel on the glare shield, directly under the windshield stanchion, with the square buttons lighted in green? That's your mode control panel -- the controls for automatic flight. Effectively, the autopilot is not so much a single thing as it is a system -- a collection of guidance components. Nowhere, you'll notice, is there a button marked "Land Now at Closest Airport."

Luckily there has never been a case where the entire crew became incapacitated -- except in the movie "Airport '75." I guess that means either it never will happen, or is destined to happen soon, depending how cynical you are about statistics.

For more information, check out this explanation on my website.

Ah, meanwhile it looks like the mystery of pen marks on seat backs might be solved, courtesy of reader Lynda Elaine:

"I can answer your question as to how pen marks get on the back of the seat. Simple really. People are working crossword puzzles and the seat gets marked when they put the magazine back in the seat pouch while still holding their pen. Done it myself."

That's probably it -- and another good reason to do away with leather seats on airplanes.