Now that she's done fear-mongering on immigration to win a GOP primary, Whitman's making a play for the Latino vote 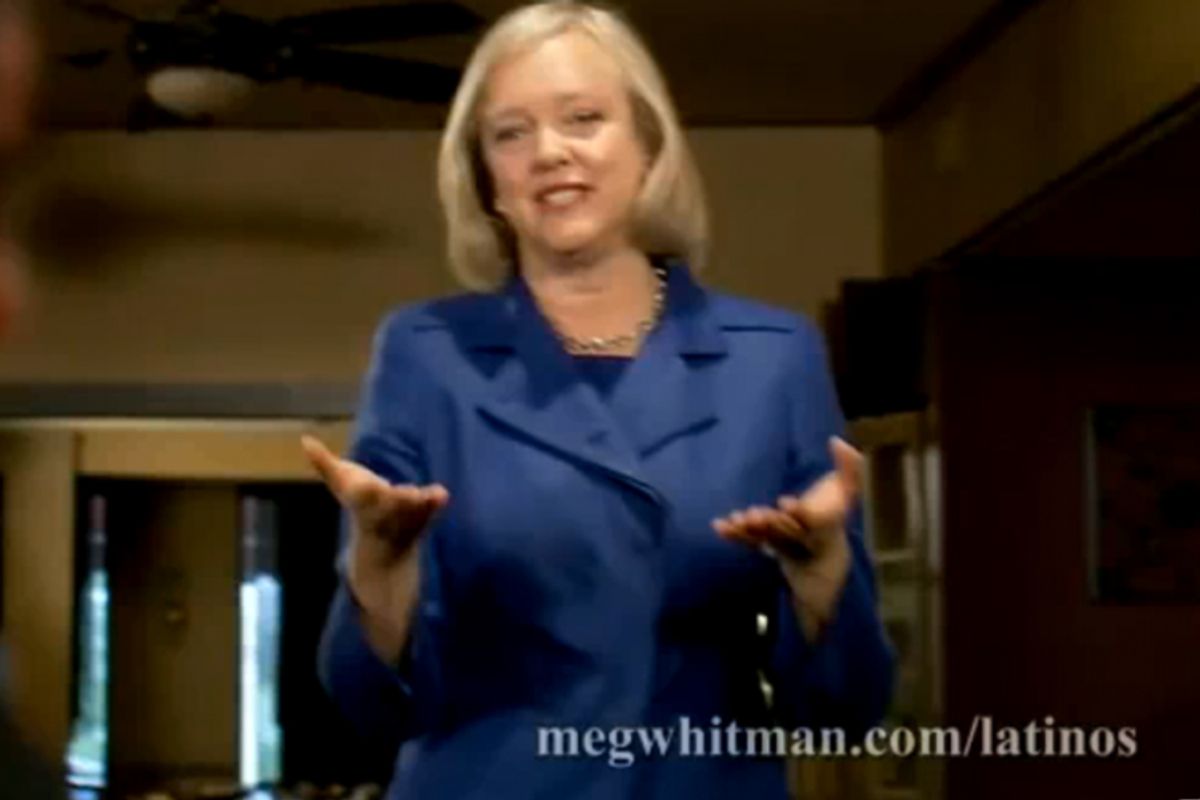 According to this ad that will run in California during today's World Cup Mexico-France game, gubernatorial candidate Meg Whitman respects the Latino community. The ad is in Spanish, so white Republicans will never know that Whitman suddenly loves those scary immigrants.

So once this bullying snob is governor, she will not support racial profiling, but she will also not support any action being taken to help illegal immigrants become legal. I think Mickey Kaus' immigration position is better thought-out.