The House minority whip bought up shares of a fund that shorts U.S. Treasury Bonds 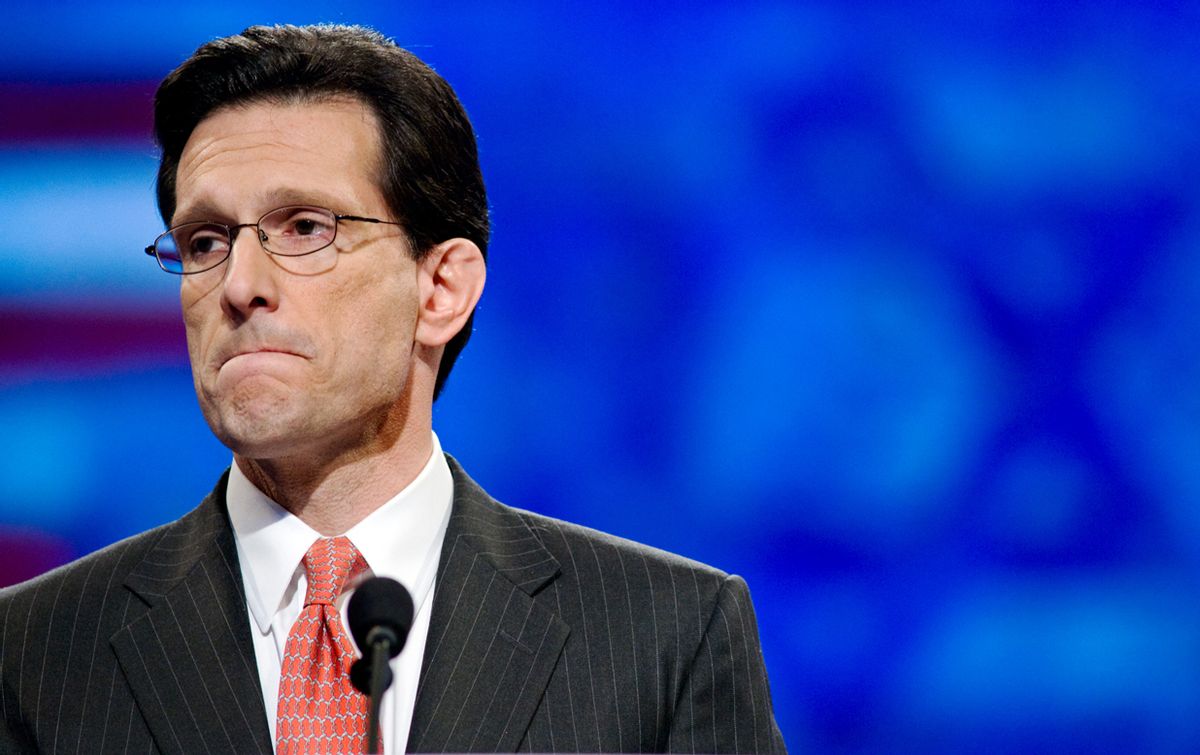 According to his 2009 financial disclosure statement, House Minority Whip Eric Cantor is betting hard against U.S. Treasury bonds. The Wall Street Journal reports that Cantor bought up to $15,000 in shares of ProShares Trust Ultrashort 20+ Year Treasury ETF, an exchange-traded fund that "takes a short position in long-dated government bonds." Cantor is basically betting on future inflation.

But the best part of this is not that Eric Cantor obviously wants America to fail, it's that he's a bad investor -- inflation is nonexistent and the Fed will likely keep interest rates near zero for the rest of the year, and possibly beyond. Cantor bought the shares in December. According to the Washington Independent's Annie Lowrey, "the fund is down 31 percent this year."

(Cantor might assume that bonds will collapse, the government will default, and America will collapse into chaos because sometimes bullets randomly rain from the sky into buildings he rents.)