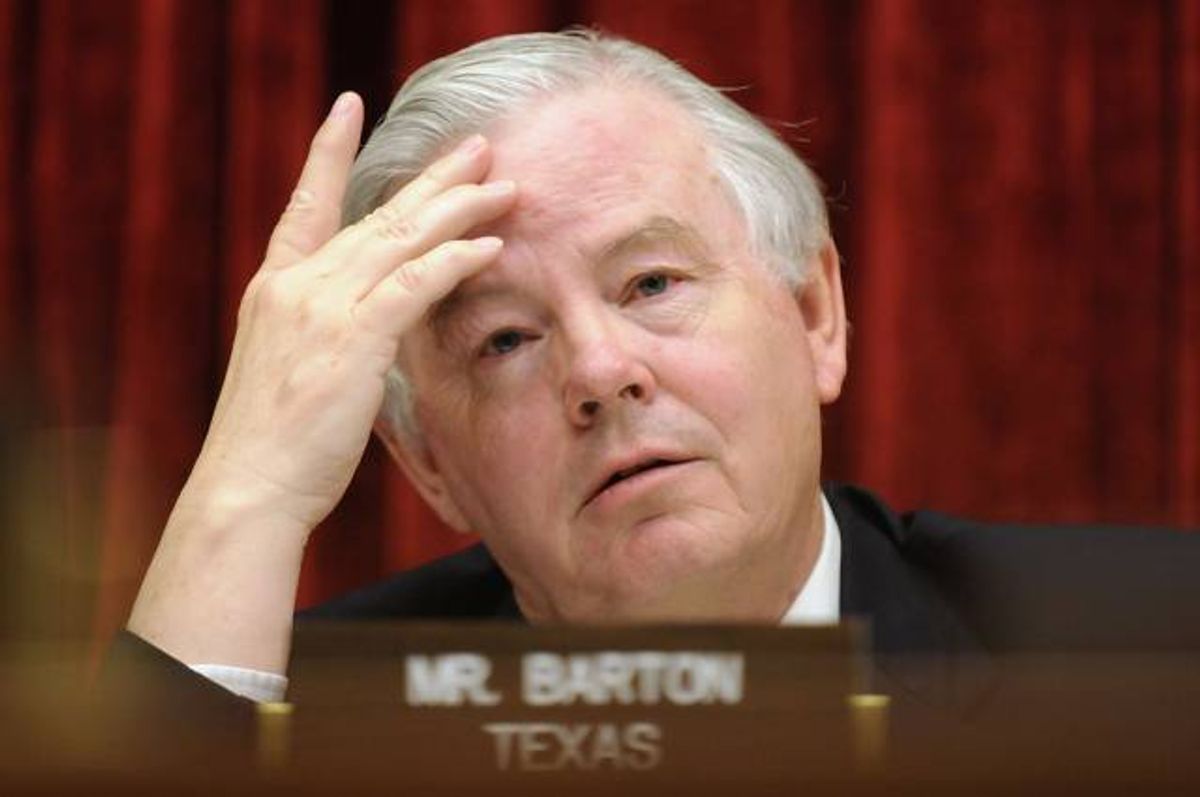 Another Republican member of Congress has called on Joe Barton to step down as ranking Republican on the Energy and Commerce Committee. Alabama's Jo Bonner says:

But upon further reflection, the comments made yesterday by Rep. Joe Barton, R-Texas, sadly fall short of an appropriate response. First, Rep. Barton apologized to BP for the federal government holding the company accountable for this tragedy in the Gulf of Mexico – then only a few hours later offered what, I believe, was at best a half-hearted apology, trying, in my opinion, to save his position on one of the most influential committees in Congress.

Ok -- but Jo Bonner is, of course, a member of the Republican Study Committee. 117 House Republicans -- almost 66% of the entire GOP caucus in the House -- are members of the RSC. The official policy of the RSC is that the creation of the escrow account was a "Chicago-style shakedown." That is not to say that any other members of the group think BP is owed an apology, but they should share the belief that BP was wronged by the Obama administration.

But Bonner is now the second member of the group to call for Barton's head, after Florida Republican Jeff Miller.

I'm just a little confused, is all!