Getting BP to cough up a $20 billion escrow fund paid off politically in more ways than one. Plus: Apologize to BP! 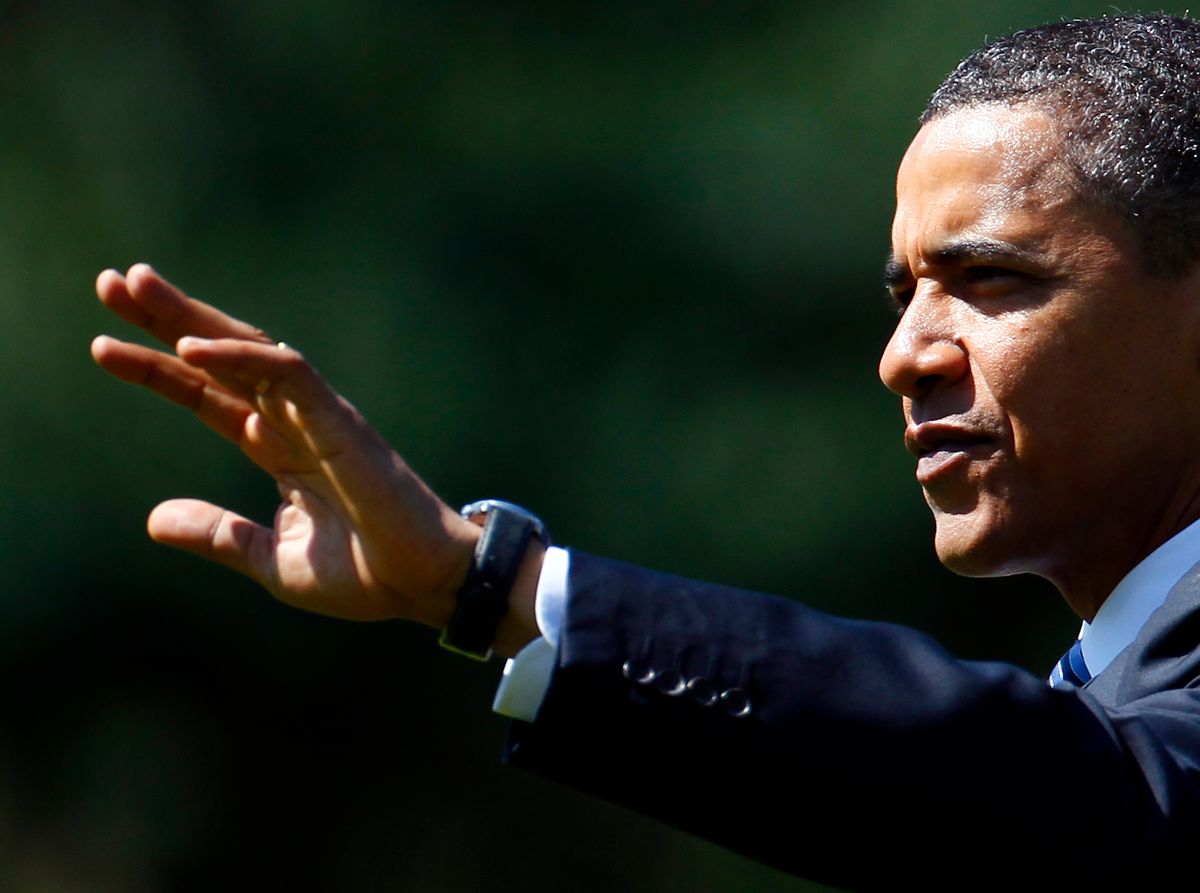 President Barack Obama waves to visitors on the South Lawn of the White House in Washington, Friday, June 18, 2010. as he walks to Marine One to travel to Ohio. (AP Photo/Carolyn Kaster) (Carolyn Kaster)
--

Talk about snakebit: Peggy Noonan chose Friday to publish a column writing off President Obama off as an unlucky president, comparing him to Jimmy Carter, just when his presidency has a little spring back in its step. Its title is luscious: "A Snakebit President: Americans want leaders on whom the sun shines."

The sun seemed to shine on Obama this week. It's true his Tuesday night speech wasn't his best, but that's because it lacked the news he was able to reveal Wednesday: That BP had agreed to create a $20 billion escrow fund to compensate the victims of its Gulf oil disaster, to have it administered by the tough Kenneth Feinberg of the 9/11 fund, and also to put off paying shareholder dividends through the end of the year.

And on Thursday, Obama got relief from the harsh, unnatural media glare in the wake of the disaster, which had landed upon him in the absence of any other visible hero or villain in the mess, when Tony Hayward testified before the House Energy and Commerce Committee. Hayward's constant insistence that he either didn't know or couldn't recall ... virtually anything he was asked, finally made clear there is one leader whose lack of preparedness can be blamed for the crisis, and his name is Tony Hayward.

BP announced Friday that Hayward would be replaced as the man in charge of the spill response, though he'll remain as CEO.

Of course, things got even better for Obama when Rep. Joe Barton apologized to Hayward on Thursday, calling the escrow fund not only a "shakedown" but a "tragedy." Barton was then forced by a panicky GOP leadership to apologize for his apology, but the damage was done. Besides, from Barton to Michele Bachmann to the Republican Study Group to Rush Limbaugh, most of the party was ready to try out the shakedown, "share the wealth" criticism – until Barton went too far. Even today, Kentucky GOP Senate nominee Rand Paul left his bunker to express sympathy for Barton, and for BP, too (remember, before he entered the witness-protection program, one of Paul's last utterances was to call Obama 's criticism of BP "un-American.")

Friday the GOP began trying out a new message. They've gone from calling Obama a Chicago thug who shakes down business to a guy who had nothing at all to do with BP's generous concession, but is now trying to claim credit for it. That was fast, even for Republican liars. Obama could still falter in his handling of the BP disaster, because the disaster is going to be with us for a very long time. But the president has mostly quieted critics who weren't sure he was doing enough on that front, for now.

Oh, and if you haven't seen it yet, check out You Should Totally Apologize to BP, and leave your own regrets (h/t Greg Mitchell.)