Does Perez Hilton have a point? 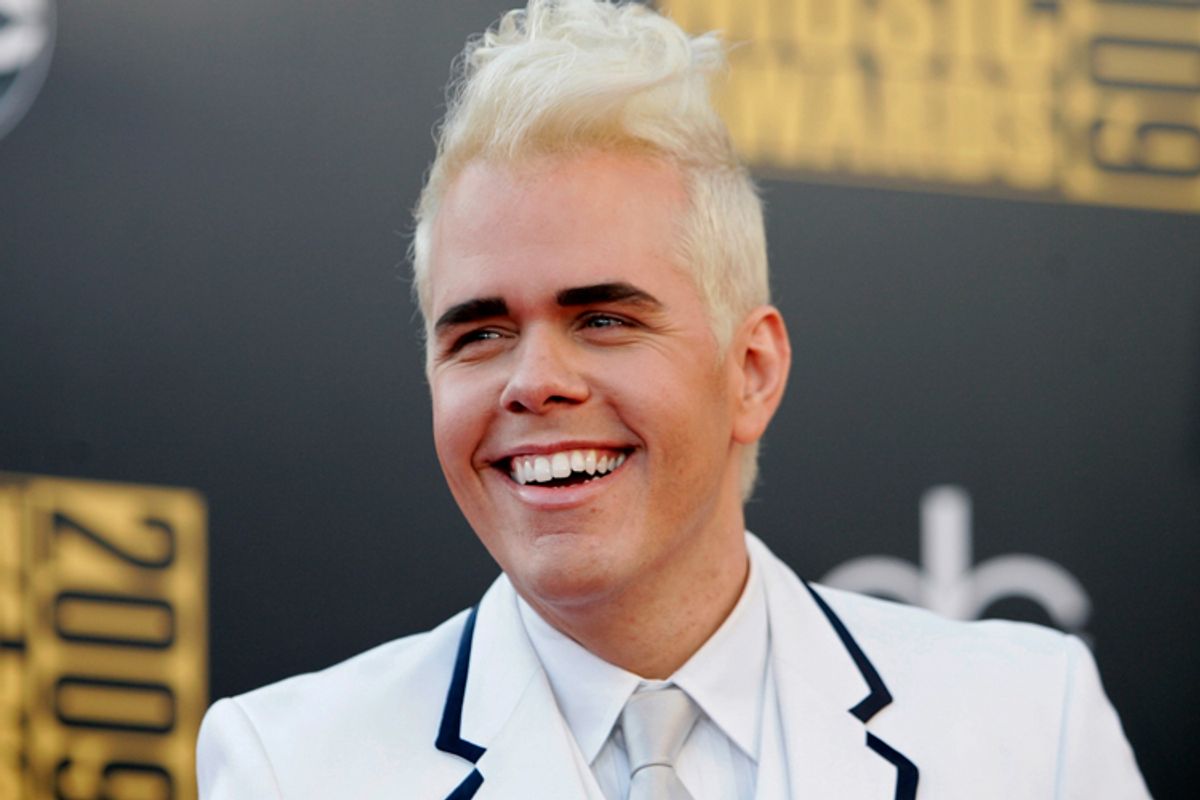 I really didn't want to write about Perez Hilton today. I've done my part in feeding the frenzy. (You should see the list of search terms currently driving people to Salon -- it reads like a poetic ode to baser desires: Miley Cyrus upskirt, upskirt Miley photo, Cyrus upskirt Perez pics, upskirt Perez Hilton, Miley Cyrus underwear Perez Hilton -- and so on and so forth.) I was ready to take away the cotton candy and force-feed you guys some damn spinach, I really was. But then I came across a clip of Hilton last night on "The Joy Behar Show." He was his usual unapologetic self (announcing that he would post the photo again tomorrow if the agency with the rights to the image would only let him), but a couple of things did stand out.

Namely, his insistence, despite what legal experts say, that the image isn't  possibly child porn: "It's not showing anything inappropriate," he said. "It's not actually doing anything worse than Miley herself has been doing recently -- from grinding up on her 40-something director to pole dancing to all the oversexualized things that she has been doing ... ." Ignoring his obnoxious, shaming attitude, he does have a point. It isn't a point likely to hold up in a court of law, but, philosophically at least, it's a valid one. How can an upskirt shot -- which, to be clear, was caused by a gust of wind and a low-angled camera lens -- of a panty-clad 17-year-old be considered pornographic when that same teenager is frequently seen on national television gyrating in fishnets and skin-tight leotards? Assuming that Hilton's description of the photo is accurate, there is no substantial difference between the visuals -- aside from the context in which they were taken and presented.

Child porn distribution charges often hinge on such nebulous factors. In Hilton's case, the implications of his tweet -- "If you are easily offended, do NOT click here http://i46.tinypic.com/2rze4pv.jpg Oh, Miley! Warning: truly not for the easily offended!" -- are up for debate. He doesn't explicitly say: Check out this minor's crotch! He does, however, present it as an offensive image -- which could be interpreted any number of ways. If it was somehow proven that he was attempting to trick people into thinking it was a pantyless shot -- even if it wasn't -- or to arouse his fans with a titillating photo of a minor, it's possible he could be in trouble.