Why their burgers are called sliders and ... what the hell are Chicken Rings? I find out, and much more 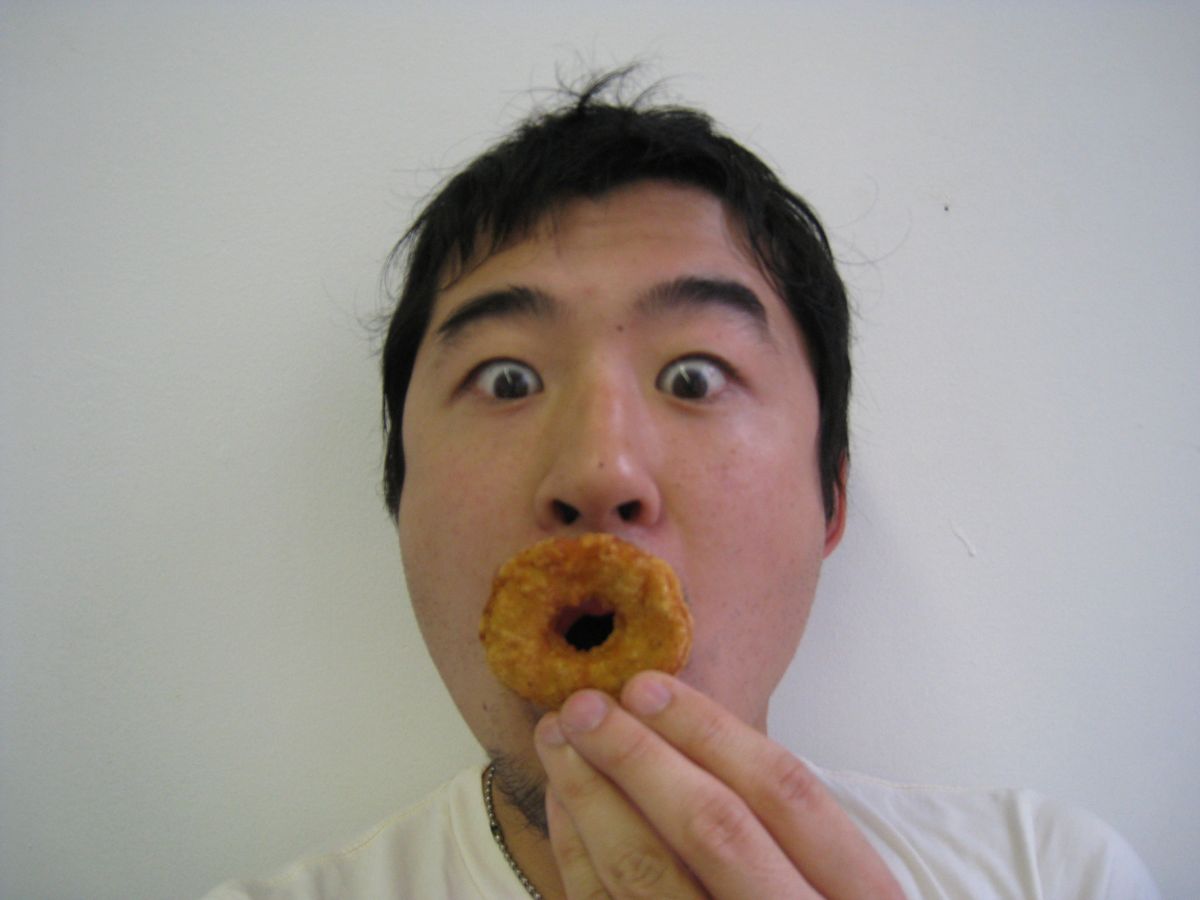 This might be a sign that my life has taken a wrong turn, but this appeared in my e-mail: "I hear you're doing a recurring column about eating nasty shit. You should eat the chicken rings they've got at White Castle. They come in ranch flavor." So this is what my work has become? Clowning for you? Eating garbage for your amusement? OK, fine. Mmm ... ranch flavor.

But what the hell is a Chicken Ring? Even the McNugget, that apotheosis of food facsimile, is stamped out of its processed chicken-amalgam paste to resemble "random" cuts of chicken; it tries to look like a food that may exist in nature (if nature had a deep fryer). But rings? It's like the White Castle people were like, "You know what? Fuck nature. Fuck it. Make the chicken into fucking rings."

I have to tell you that on more than one occasion, I have defended White Castle -- mostly because of the egregious trend of calling any small sandwich a "slider." They're everywhere, from high-end restaurants to trendy lounges to dive bars. I call bullshit. The sandwich called the slider comes from White Castle, period. It's called that because the tiny burgers they serve are cooked on top of onions, so it's actually the greasy, oniony steam that cooks them through and seeps into the buns, making them exceptionally -- shall we say -- moist, though many observers may prefer the word "sleazy." They're called sliders because they're so, er, moist that they slide down your throat. So I feel strongly that you don't get to call your fancified little sandwich a "slider" just because it's cute. You have to earn that kind of name.

So you may be able to tell that I have a love-hate with White Castle. OK, "hate" is a strong word. I have a love-repulsion with them? Anyway, I respect that they've been around forever, one of the first fast food chains (1921!). I respect that they did something different with their burgers, something that even their fans thought was kind of disgusting, and that they went ahead with it and embraced a vile nickname for their food. I respect that kind of integrity, that pride. But forever the fast food underdog, relegated to cult status, they seem to have banked on a strategy of actively raising the level of edible horror.

My first time going to the Castle was in college. We were on our way to the club -- a club called "The Edge" in the sexy city of Ypsilanti, Mich., to give you a sense of how cool it was -- and rolled into the drive-through for a bite. I got a sack of 10 sliders. (They come in sacks.) My friend, a vegan, ordered fries. Then, I heard something I'd never heard before. "Would you like some bacon cheeseburgers to go with those fries?" the speaker said. I like meaty, trashy food more than the next guy, but that question struck me as being fundamentally indecent. Not as indecent, perhaps, as the slider-breath I took with me into the club, but indecent nonetheless. (I didn't meet anyone romantically that night.)

I haven't gone back since, and they've had a decade to refine their dark art of just-barely-acceptable gross-out food. Somewhere along the line, they invented Chicken Rings ("What part of the chicken has a ring?" one observant Yelper asked), and, striving ever forward, have begun flavoring them. "Dipping sauce?" you can hear one of their R&D maniacs asking. "Dipping sauce is for aristocrats. Put that shit in the ring!"

I step into the only White Castle in Manhattan south of Spanish Harlem and right away find frustration. "Sorry, we don't have the ranch flavor," the woman behind the counter says. I ask again, unable to accept that anyone anywhere would ever be out of ranch anything. She confirms, but smiles sweetly, apologizing and sounding authentically worried about my disappointment. She considers for a moment and perks up. "But we have ranch sauce!" she offers. Anyone who calls it ranch sauce instead of ranch dressing understands its truest soul, and I accept gladly.

I scan the menu for something to accompany my ostensible-bird lunch. You know how sometimes you can't tell if you're grossed out because something is gross or if you're just feeling gross? Reading the White Castle menu is an exercise in that confusion. Is a "Breaded Clam Strip" objectively gross? Or does reading the words "Breaded Clam Strips" next to the words "Sack of Fish Nibblers" make it gross? I love fried clams and yet the thought of them at this moment is slightly nauseating so I'm going with the latter explanation. I go with a pair of sliders, because better the devil you know than the devil you don't.

Slider bite 1: I watched this thing come off the onion sauna/grill, and, sure enough, that steam makes itself known. This has to be the softest food you can eat without help of a spoon.

Slider bite 2: Chewing it, of course, gets it even softer, and honestly, pastier. I'm starting to doubt its ability to slide down my gullet, since it's bonding to the roof of my mouth.

Slider bite 3: Oh, wait, here comes the cavalry! The ketchup loosens everything up, and its sweet tartness comes as a contrasting relief to the dreamlike, floating flavor of the bun. I think I'm getting some beef flavor in there somewhere, but it's really the onions and the ketchup that are the heroes of this story. It is, I admit, not a terrible story, in that kid's bedtime story kind of way.

Before I get through more bites, though, a man enters the White Castle. He asks people for change and loudly tells a woman walking by that she is "very gorgeous, and should have a nice day." Someone offers him some coins and he sorts through it, leaving the pennies on a table. A customer asks him what's wrong with the pennies.

"Oh, nothing," the man says. "I love brown. I got a lot of love for brown. I'm brown. I just don't love brown pennies, and that's a choice I live with."

The customer is satisfied with this explanation. The man looks up. "I'll be on my way now, but first, I'd like to pay that young lady a compliment." He walks up to the counter, to the woman who so kindly took my order. "You are very gorgeous," he says to her. She refills the drink cups and smiles an enigmatic smile, one somewhere in between saying, "Thank you" and "You're scaring me."

"I hope you have a very prosperous life, and a very nice day," the man says to her. Then, to the people working in back, "And I hope you all have very good lives."

He walks toward the exit, but stops to break a 20 for someone. Really. I reach for one of my Chicken Rings.

Chicken Ring bite 2: I start to see where the whole "this is food" thing falls apart. The meaty chew is weirdly ... bouncy. The juiciness is more like a semblance of juiciness, in that it feels like moist meat, but there is actually no visible juice in the strangely crisscrossed fibers of the "chicken." And at the end, there's a very weird, chemical kind of bitterness, a taste that throws the reality of what I'm chewing to the fore: This is a lab-created facsimile of food. It's like the talking sex doll of food. But it's not real food. Maybe this is the petri-dish chicken-meat PETA's been agitating for?

A voice comes over a speaker in the restaurant, a cold, corporate voice. "This is White Castle surveillance and security with a message for the man in a black shirt and white hat, standing near the door. You are panhandling, which means you are begging people for money. This is not permitted, and will have to exit the restaurant before security escorts you." The voice repeats the message. It's calm, in a menacing way. The man seems oblivious to it.

I worry that security will come and that something uglier than the Chicken Ring will go down, but the man finishes counting off the change for the 20 and takes a proud step deeper into the restaurant. He addresses the room. "I don't know where you are, sir, but I hear you talking to me, and I like your style. I hope you all have a good day." He leaves.

I eat some more Chicken Rings for academic purposes. A minute later, a woman comes into the White Castle, a toothless lady in a bandanna and a t-shirt that says, "Earth Mother," holding the paper cup that she uses to keep the change people give her.

She walks over to the bathroom and knocks on the door, under the sign that says, "Restrooms for customers only." No one is in there. She waves toward the employees in the kitchen, calling, "Mama Duke! Mama Duke! Hello, honey!" A woman behind the counter waves back, smiling, and presses the button that unlocks the restroom door.

The Earth Mother comes out and walks back toward the exit. She sees where the man left his pennies and picks them up. "Three cents. I can use them!" she says. Then, on the way out, she calls into the room, "Thank you!"

I look at my Chicken Rings and then back at the employees cheerily working the line of customers with their greeting, "Welcome to White Castle!" I love this place.