Daddy, could we have our planet back now?

As they bask in the appreciation of their children today, fathers should think about the world they'll leave behind 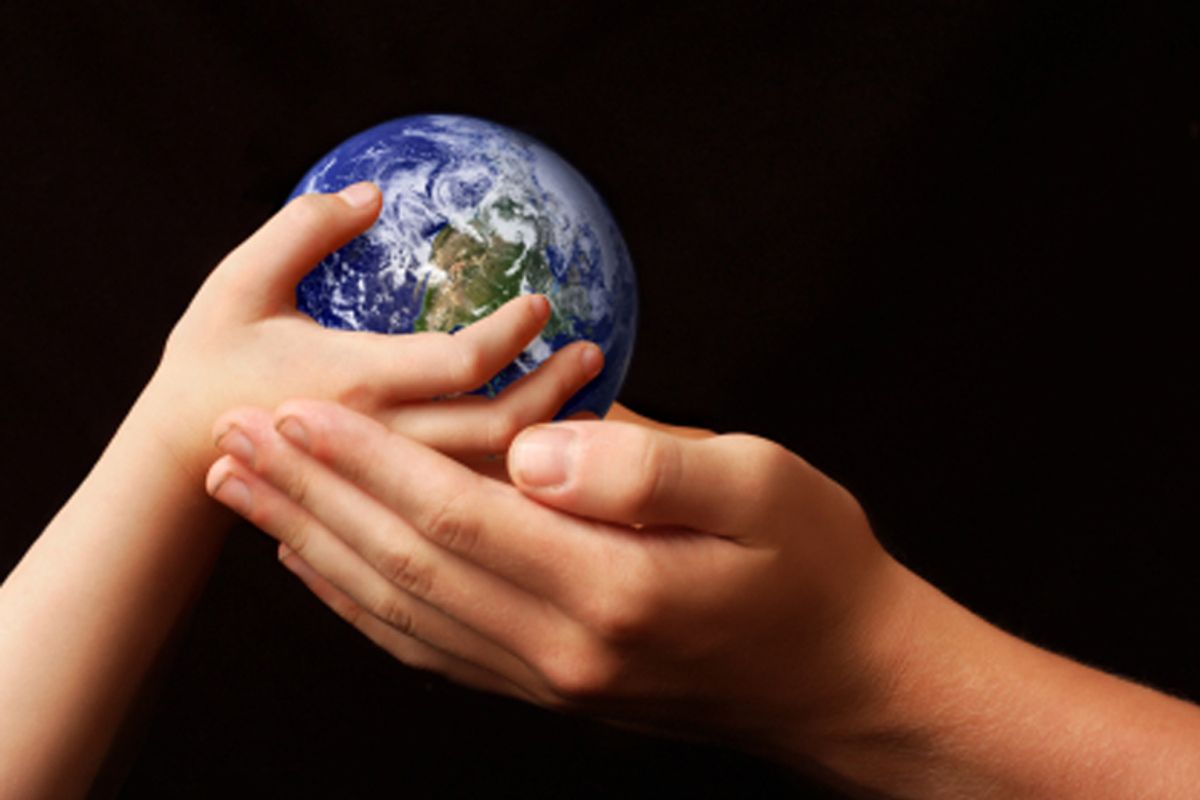 As parents, we constantly admonish our children to share with others. The joke is that as adults, we hardly like to share anything at all. Who likes to lend out their car? Or their tools or books? We're so worried they won't come back in the same condition -- or won't be returned at all.

But the truth is that the people we like to share the least with are our own children. "We do not inherit the Earth from our parents, we borrow it from our children," the saying goes. Right now, though, we've borrowed the entire Earth, trashed much of it, and don't plan to give back the rest of it.

We are plundering the world's "renewable resources" -- arable land and tropical forests and fisheries and fresh water. And we are using an ever-greater fraction of nonrenewable energy resources, especially hydrocarbons, with devastating consequences that will far exceed what we are now witnessing in the Gulf of Mexico.

As one example, our carbon pollution is acidifying all of the oceans simultaneously, while heating them up to record levels, threatening mass extinction of aquatic life. Australian marine science professor Ove Hoegh-Guldberg, the lead author of a major new study in Science, says the result is that "we are entering a period in which the very ocean services upon which humanity depends are undergoing massive change and in some cases beginning to fail." He adds: "It's as if the Earth has been smoking two packs of cigarettes a day" -- except, of course, the smoke comes from our addiction to fossil fuels, not the Earth's.

The website RealClimate points out that the amount of dangerous carbon dioxide we spew into the air each day from burning fossil fuels and deforestation is roughly equivalent to "five thousand spills like in the Gulf of Mexico, all going at once ... every day for decades and centuries on end."

And if we listen much longer to those anti-science disinformers who have been counseling inaction, we won’t just be trashing the climate for our children -- we will be destroying a livable climate for countless future generations. A 2009 study led by the National Oceanic and Atmospheric Administration found that "the climate change that is taking place because of increases in carbon dioxide concentration is largely irreversible for 1,000 years after emissions stop." What kind of changes? Well, besides destroying the oceans, the study warns of "irreversible dry-season rainfall reductions in several regions comparable to those of the 'dust bowl' era and inexorable sea level rise."

The dust bowl that will hit the American Southwest and a half-dozen other heavily populated regions around the Earth will likely last far, far longer than the one that devastated the Great Plains in the 1930s. And the sea level rise could hit 4 to 6 feet by century's end and then continue rising a foot or more a decade, until all the land-based ice on the planet is gone and seas are more than 200 feet higher. How will our children's children and their descendants adapt to that?

The big debate in the Senate this summer will be whether to pass an energy and climate bill that finally puts a price on carbon pollution. Conservatives have demagogued even the most moderate, business-friendly proposal to put a price on carbon, falsely labeling it and "energy tax." In his big speech last week, President Obama praised the House bill, which would establish a shrinking cap on carbon and a rising price, but he himself never mentioned the threat posed by unrestricted greenhouse gas emissions, or the urgent need to make polluters pay for emitting carbon dioxide. As a result, the prospects have dimmed for serious climate legislation this year.

To refuse to place a price on carbon dioxide pollution is to ignore the damage your actions today will inevitably have on the health and well-being of your children and everyone else's children. Something to think about on Father's Day.