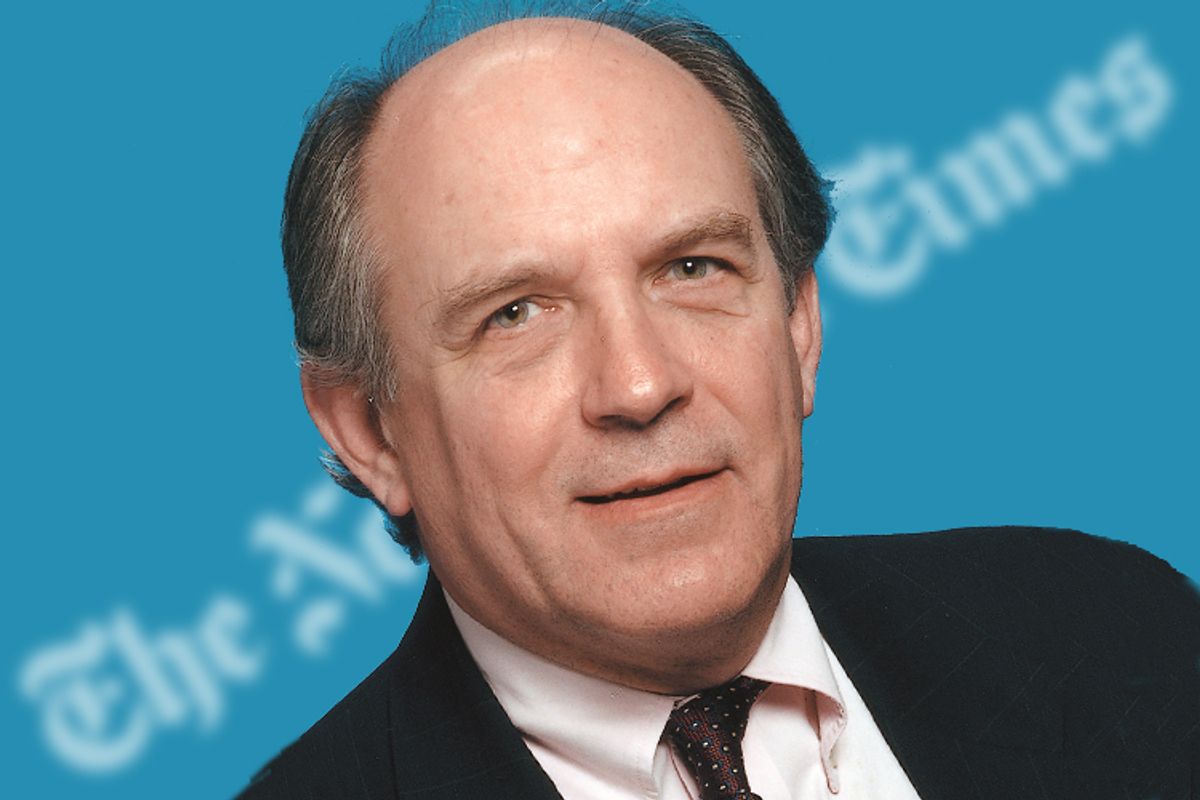 Poor Charles Murray. The conservative-libertarian social scientist -- whose entire life's work has been funded by wealthy conservative donors, corporations, and foundations looking explicitly to sponsor anti-welfare state "research" via think tanks like the American Institutes for Research, the Manhattan Institute, and the massive American Enterprise Institute, where Murray's been ensconced since 1990 -- only got $75 for his op-ed in the New York Times -- a newspaper that operates, unsubsidized, in the free market. (The piece was about how vouchers and charter schools don't produce better test results than regular public schools, but that's ok because not even charter schools can make dumb kids smart and besides tests don't actually mean anything.)

As he writes at the official blog of the American Enterprise Institute:

I got my check from the New York Times for an op-ed that was published a few weeks ago. It was for $75. Not that anyone has ever paid the mortgage by writing op-eds, but $75 for 800 words written for The Greatest Newspaper In the World is… how shall I put this? Weird. Do you suppose the red ink has really gotten that bad?

It's true. You can't pay the mortgage by writing for newspapers anymore. You're much better off producing deeply flawed research that supports the political goals of The Bradley Foundation.

Elsewhere, Matt Lewis says that media outlets like the Washington Post -- home of columnists Michael Gerson, George Will, Charles Krauthammer, Kathleen Parker, Robert Samuelson, and idiot torture apologist Marc Thiessen -- have clearly decided to be openly liberal, because some of them hired liberal bloggers. He then presents a list of conservative bloggers that newspapers should hire, many of whom share an intense, fiery hatred for the lying, liberal MSM -- and all of whom are currently gainfully employed by the parallel, explicitly right-wing media.

Why do they so hate the liberal media that takes them so much more seriously than they deserve to be taken?