The White House chief of staff said he'd only keep the job for two years, so it's safe to "report" his retirement 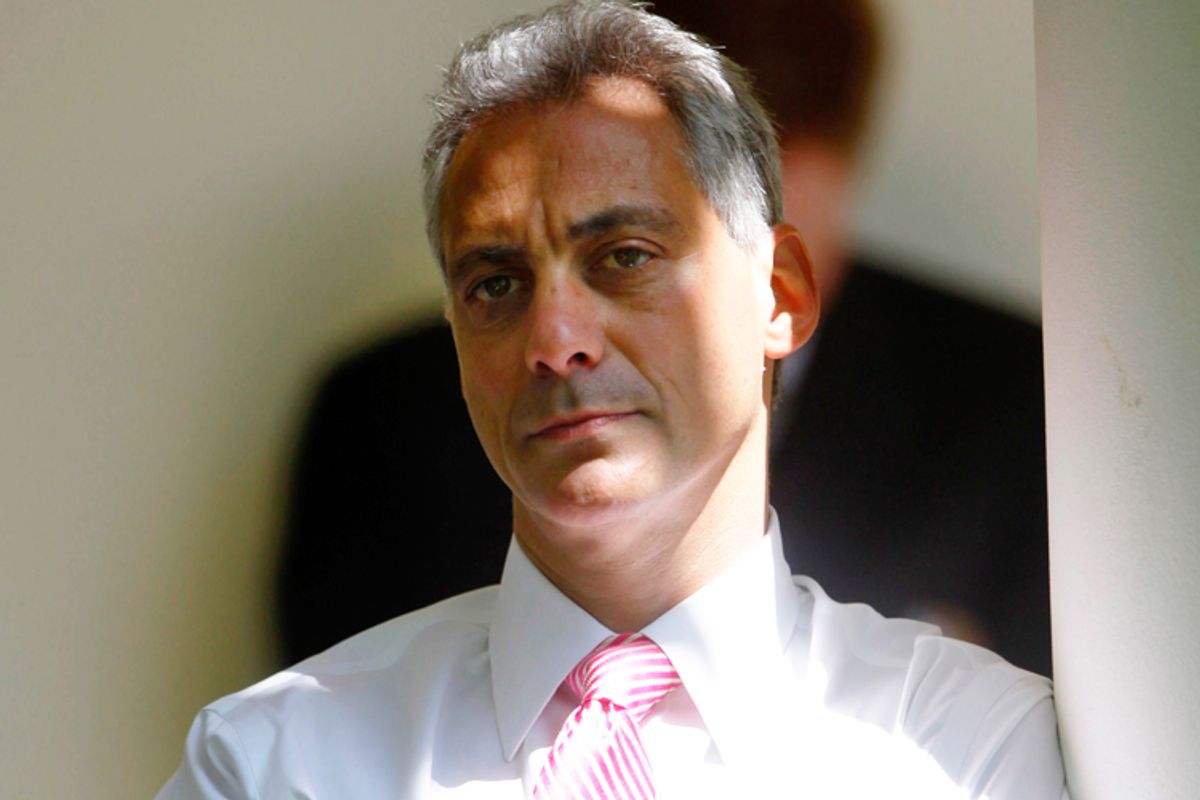 According to the The Daily Telegraph -- a British newspaper that serves as the unofficial house organ of the Conservative Party -- White House Chief of Staff Rahm Emanuel will quit his post after the midterm elections. "Friends" of Emanuel say he's burned out. "An official from the Bill Clinton era" says it would not be surprising if Rahm left after November. A "leading Democratic consultant in Washington" says he "would bet he will go after the midterms."

And those are all the sources for this story. Two unnamed people with incredibly vague job titles are just pretty sure that Rahm Emanuel will stop being the chief of staff, soon.

As Marc Ambinder points out, Rahm Emanuel himself has repeatedly said he'll only stay in the job for about two years. And we are coming up on the two year mark. So this article is a bit like a breaking political news story that says "Barack Obama will definitely not be president in 2017," or "Tom Friedman to write bad column on Wednesday."

According to this Pulitzer-worthy British newspaper report, Rahm, the hard-nosed realist, bumped up against all those starry-eyed "idealists" in Obama's inner-circle, and he is just plain sick of them not understanding how the game is played. (The game is played by being so conservative that no one can accuse you of being an idealist.)

"His departure would regarded as another sign of how Mr Obama's presidency has been far more troubled than expected."

Well, sure, maybe it would be regarded as that, but that is mainly because the people doing the regarding are either being intentionally obtuse, or they are stupid, because presidents tend to go through chiefs of staff at a pretty good clip. Reagan and Clinton had four each. Even Ford had two! (They were Cheney and Rumsfeld, the Highlanders of Republican presidential administrations.)