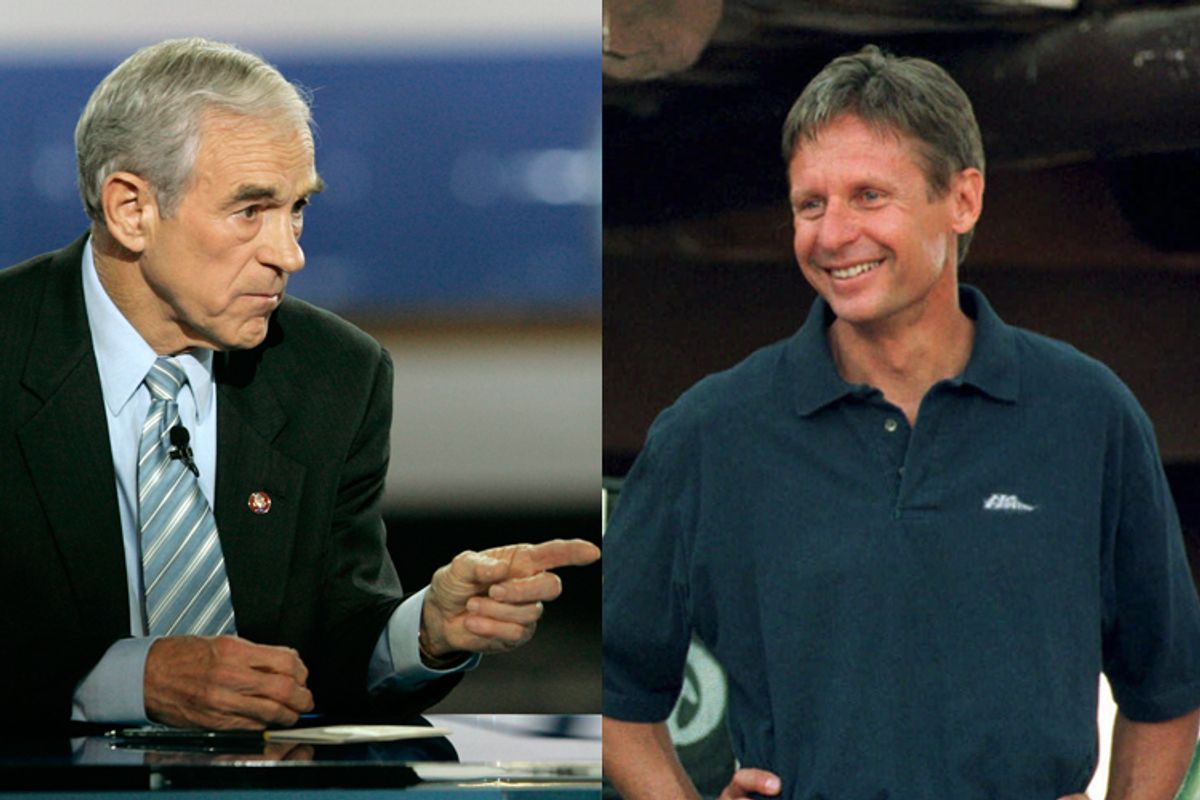 In an interview with the Daily Caller, Ron Paul says that he hasn't ruled out making a repeat presidential run in 2012, "but I'm not on the verge of making a decision anytime soon." He also acknowledges what I've written before -- that the G.O.P. rank-and-file seem far more receptive to Paul's libertarian message than in 2008.

So, on the surface, it's logical that he'd take another shot. The problem is that Paul will be 77 years old in '12. There's obviously no official age cap for a presidential candidate, but that would be older than any major candidate for a party's nomination in the modern era. (Note: I'm not counting Mike Gravel as a major candidate.) It's an open question whether he'll have the stamina and desire to wage another national campaign.

So who would he back if he doesn't run? I've floated the possibility that his son Rand, should he win this November in Kentucky, might turn around and try for the White House. Sure, he'd have no real experience in elected office, but would that really matter to the die-hard conservative base that Paul would be appealing to?

But there's another logical fallback option for the elder Paul. Asked by the Daily Caller what other Republicans he could support in '12, Paul replied: "I guess the best one would be Johnson from New Mexico -- Gary Johnson."

Niall Stanage actually profiled Johnson, who served two terms as New Mexico's governor from 1995 to 2003, for Salon earlier this spring. You can read his piece -- "The most interesting Republican you've never heard of" -- here.