The short shelf life of a White House chief of staff 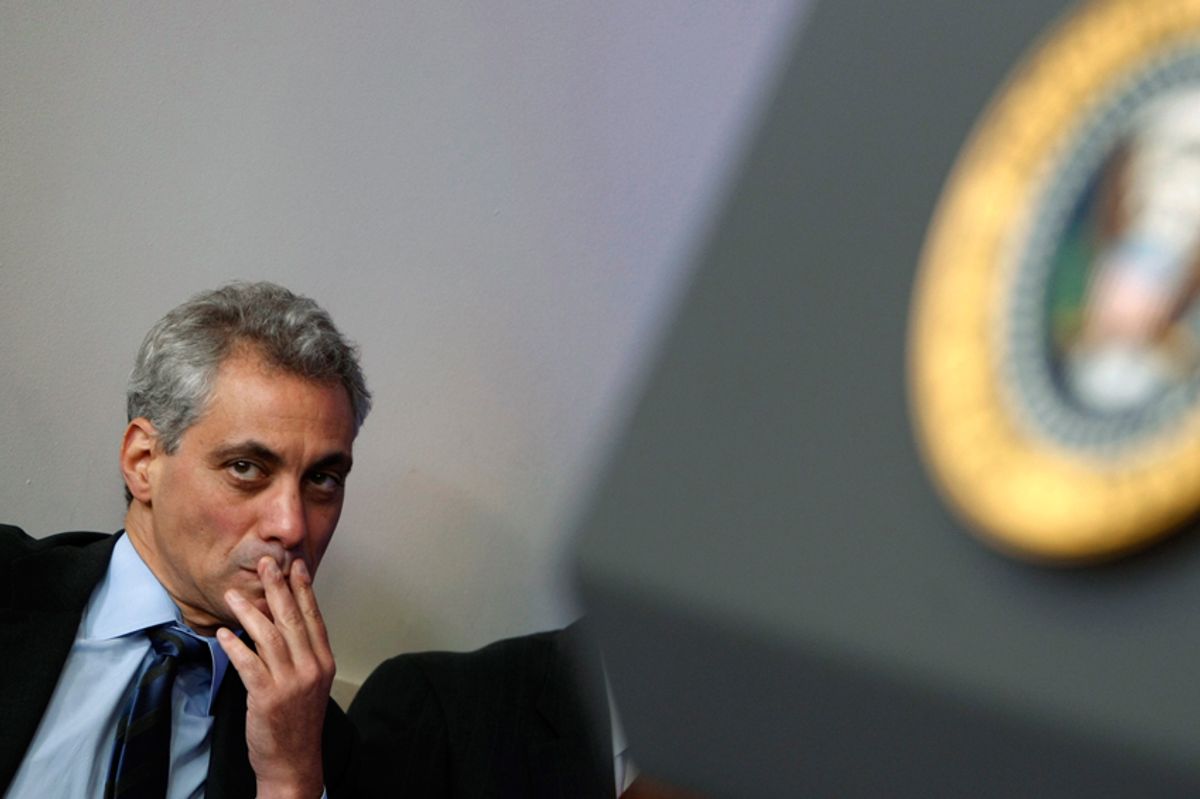 As Alex Pareene wrote earlier today, chief of staff Rahm Emanuel's supposed plans to quit later this year come as no news at all -- because he'd be doing what he's always said he'd do. And if he does follow through, Emanuel's midterm step-down would come with a long historical precedent.

Since the position's genesis during the Eisenhower administration, midterm departures have been the norm for chiefs of staff. Eisenhower created the role in 1953, with his appointment of New Hampshire Gov. Sherman Adams as the first-ever chief of staff, also dubbed the president's personal "son of a bitch." (Before Eisenhower, Harry Truman appointed an "assistant to the president," John Steelman, but Ike was the first president to have an official chief of staff.)

Eisenhower stood by Adams during allegations that he'd accepted a gift from an industrialist under federal investigation, but when the 1958 midterms approached, Adams stepped down. At nearly six years, his tenure would surpass that of just about all of his successors.

During the Clinton years, Thomas "Mack" McLarty, the president's lifelong companion, resigned 17 months into his time as chief of staff. He would be the first of four Clinton administration chiefs of staff. As Douglas Jehl of the New York Times reported on June 27, 1994: "Mr. Clinton portrayed the changes as nothing more than a midterm realignment meant to help the White House in its campaigns to overhaul the health care system, gain respect for its foreign-policy posture and overcome stiff Republican challenges in the November elections."

In more recent history, Andrew Card -- who held the chief of staff post under George W. Bush for an unnusually long five years -- still succumbed to a midterm step-down halfway through Bush's second term. Joshua Bolten replaced Card in April 2006 in a White House shakeup aimed to boost the president's popularity in the November elections.

As the Washington Post reported on April 20, 2006: "With midterm congressional elections looming, strategists said the main goal [of the shakeup] was to make public gestures that would restore faith in Bush's ability to lead."

In the middle of Gerald Ford's abbreviated term in office, Dick Cheney took over from Donald Rumsfeld in the position; and halfway through George H. W. Bush's first term, his chief of staff, John Sununu, stepped down (although scandal precipitated this -- Sununu reportedly used military jets to take personal trips). Ronald Reagan, for his part, relied on four different chiefs of staff in his eight-year presidency, the final one (Ken Duberstein), serving for little more than six months. (Duberstein followed Howard Baker, who lasted for all of 16 months.)

Political analysts will attribute many things to Emanuel's retirement plans -- Obama's troubled presidency; his distaste for idealists -- but he seems to just be doing what chiefs of staff do.