The Nevada Senate candidate is still hiding from the press, and recent statements help explain why 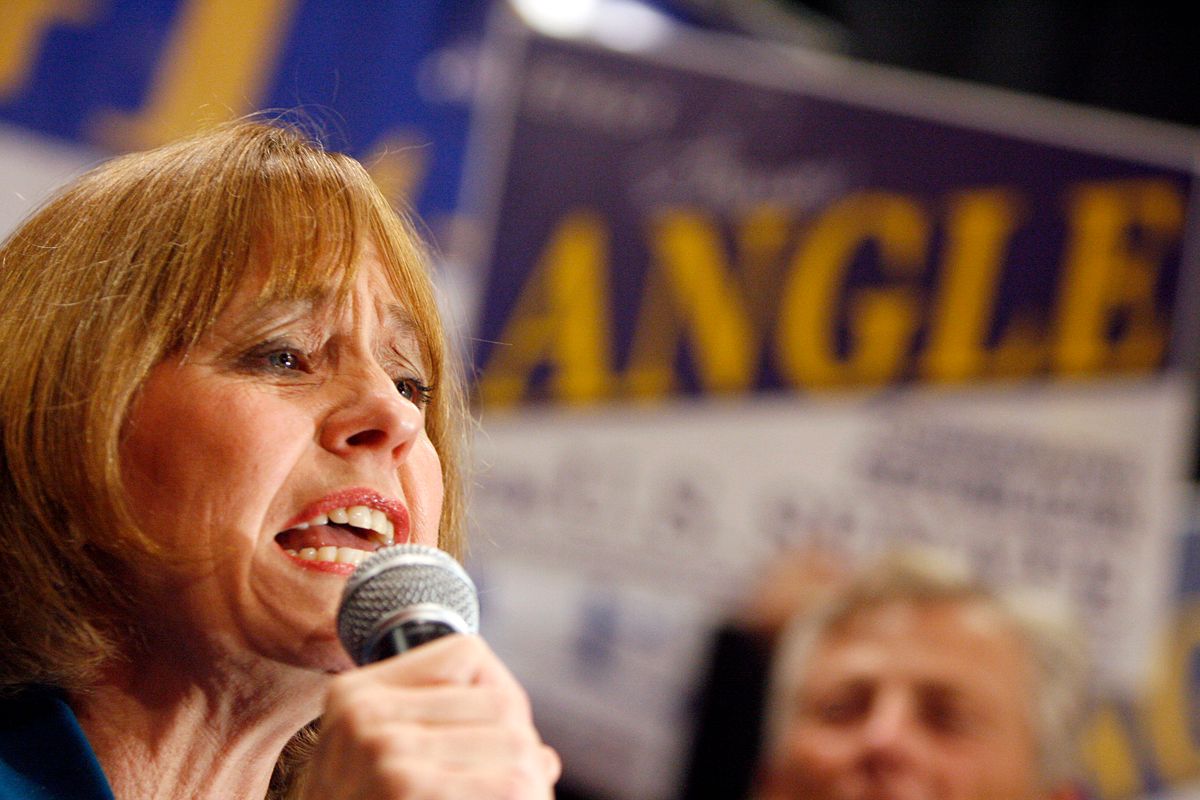 Nevada Republican nominee for Senate Sharron Angle is still hiding from the press, both national and local. Nevada's NBC 4 is begging for an interview. Local reporter Jon Ralston discovered Angle's website touting an endorsement from birthers -- but he couldn't get a response from the candidate because Angle "no longer answers her voicemail, and her press secretary's voicemail is full." Her press secretary's voice mail!

So, in lieu of actual interviews with Angle, we have this video from Harry Reid's YouTube account, mashing up two ridiculously heartless quotes from Angle about the unemployed.

That's Angle calling people on unemployment "spoiled" and then straight-up saying that, as senator, she's "not in the business of creating jobs." The first clip is from a May 2010 interview on KRNV. The second clip is from a campaign appearance, also in May.

It seems like Angle would be much better off explaining herself in interviews and defending her beliefs than allowing Reid to define her with only the worst things she's said. Unless, of course, she's so not ready for prime time that any interview will just give Reid more Internet video fodder.