The pill without a prescription?

One expert says birth control should be offered over the counter, but in the meantime, we've got other options 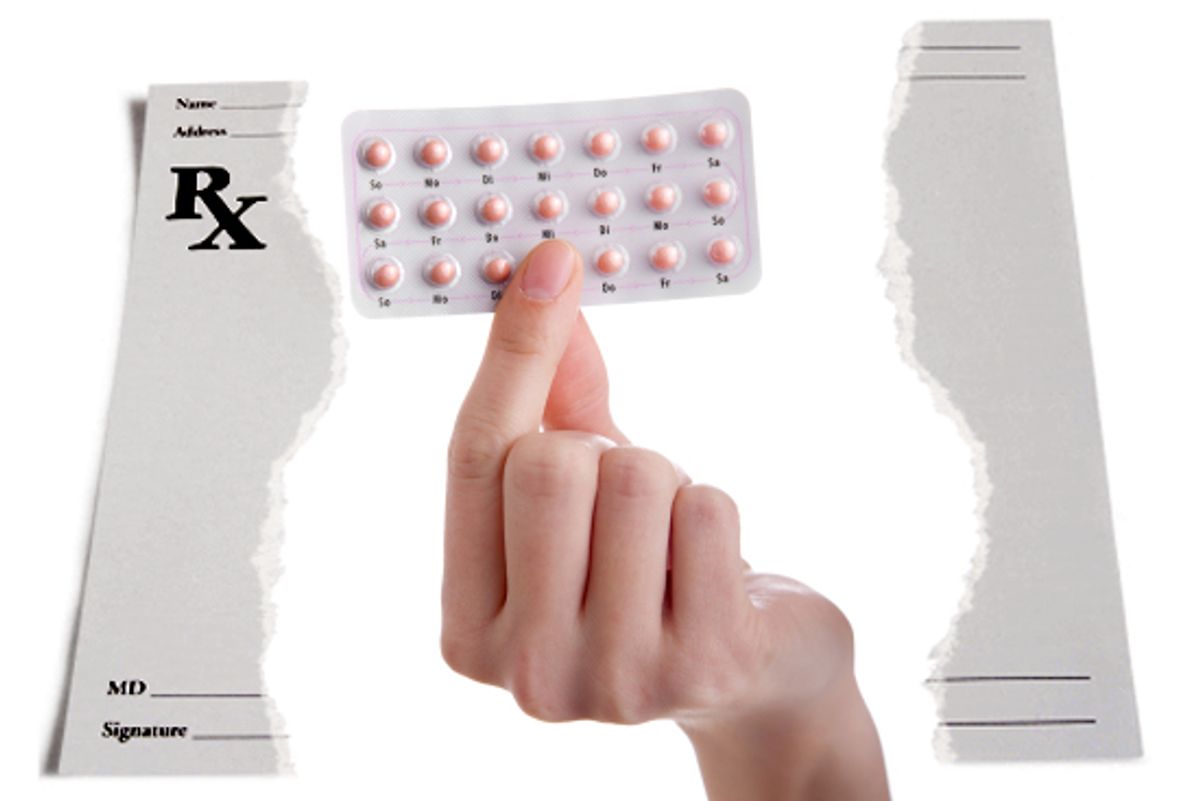 I come from a generation of pill poppers. We take them at work, at school, on trains, in public bathrooms, before we go to sleep or with breakfast, under the eyes of parents, friends, significant others. For many young women like me, the birth control pill is so ubiquitous that it neither induces shame nor carries any shock value. And yet, access to the pill remains uneven, and some 3.1 million pregnancies in the United States each year are unintended. In a thoughtful New York Times Op-Ed, Kelly Blanchard, president of the nonprofit Ibis Reproductive Health, proposes a novel solution: make the pill available over the counter.

To anyone who has ever missed a pill because she couldn't get to the pharmacy in time, or for women whose access to a doctor is sporadic or nonexistent, this is exactly the kind of holy-shit-why-did-no-one-think-of-this-before idea that we've been waiting for. As Blanchard points out, 50 years of use has proved that hormonal birth control meets the standards for OTC distribution: you don't really require a doctor's expertise to tell you if you need the pill (are you sexually active? Do you not want a baby? Check, check), you can't become addicted, the side effects are mild and even the most severe are less dangerous than those of some medications already available over the counter.

If the FDA does approve the pill for over-the-counter use, it will probably take years, and as we wrote earlier, debates over the pill's safety -- and its morality -- will likely stalk the race all the way to the finish line. In the meantime, though, American women do have another, oft-ignored option at their disposal, a birth control option that's less expensive, safer and more effective than the pill: the intrauterine device.

The IUD, essentially a small metal rod inserted into the uterus to prevent sperm from fertilizing an egg, is the wunderkind of the birth control world. A woman need visit a doctor only once in the process -- to have the device inserted -- and protection can last up to 12 years. Because there's no upkeep or chance of missed dosages, IUDs rank with sterilization and vasectomies (oh yeah, and that old standby, abstinence) as the most effective forms of birth control. Plus, they're covered by Medicaid in several states and many family planning clinics will foot the $500 bill for low-income patients (although even if they don't, 12 years of protection for that price comes out to about $3.50 a month).

IUDs have gotten a bad rap in America, where they're often still associated with an older model called the Dalkon Shield, which was yanked from U.S. markets in 1976 after it caused uterine infections and sterility in thousands of women and killed dozens. Today's models carry no such risk, and indeed are used by 85 million women worldwide, but in the U.S. we remain haunted by the ghosts of IUDs past -- only 2 percent of women practicing contraception in this country use one.

That's incredibly unfortunate, especially given the hurdles women currently have to clear to get access to the pill. If birth control is still the priority we've claimed it was for the last 50 years, we should be pushing IUDs -- or at least disseminating the information to let women know what else is out there. The next birth control revolution will be one not only of access, but of options -- over and behind the counter, hormonal and non-hormonal, swallowed, inserted, injected, imbibed. Give women choices; they can take it from there.