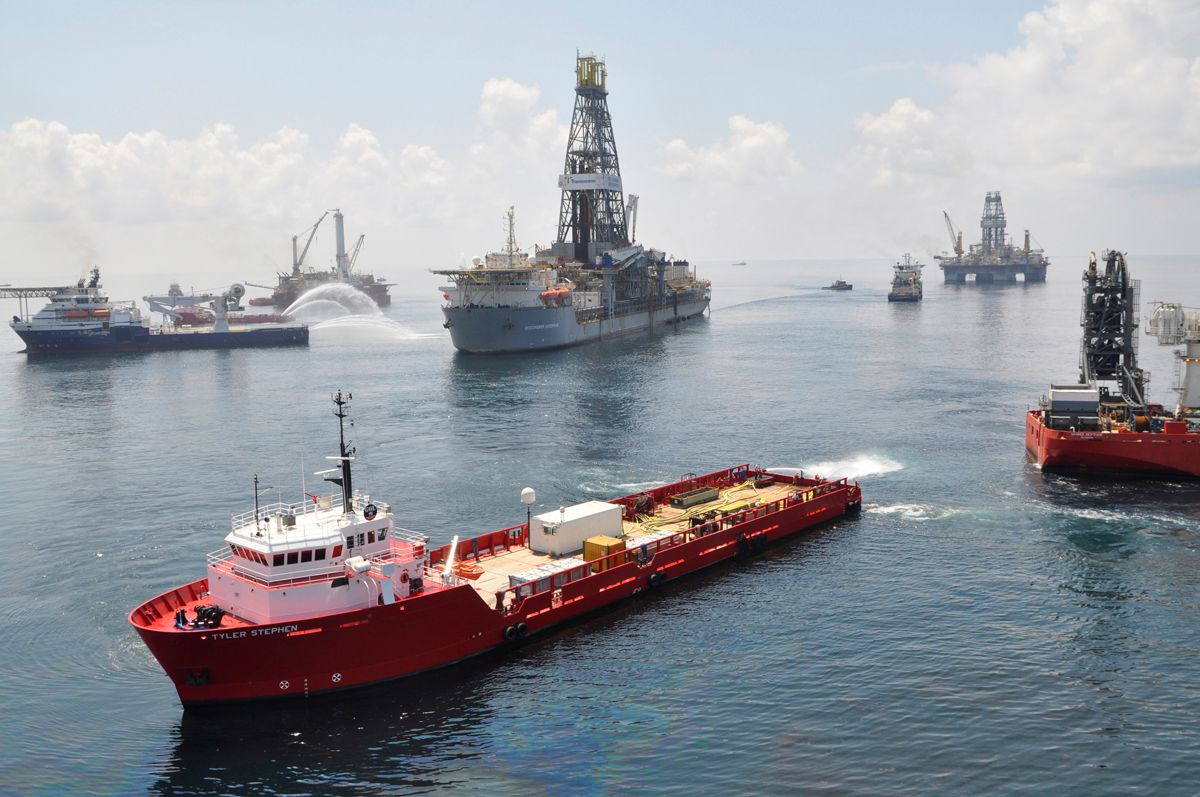 Ships and drilling rigs surround the Discoverer Enterprise as it continues to recover oil from the Deepwater Horizon drill site in the Gulf of Mexico, in this June 15, 2010 handout photo. REUTERS/Bob Laura/U.S. Coast Guard/Handout (UNITED STATES - Tags: DISASTER ENERGY ENVIRONMENT BUSINESS) FOR EDITORIAL USE ONLY. NOT FOR SALE FOR MARKETING OR ADVERTISING CAMPAIGNS (Â© Ho New / Reuters)
--

An invalid agency decision to suspend drilling of wells in depths of over 500 feet simply cannot justify the immeasurable effect on the plaintiffs, the local economy, the Gulf region, and the critical present-day aspect of the availability of domestic energy in this country.

Yesterday, the New York Times reported that William R. Reilly, EPA head under George H. W. Bush and co-chairman of the bipartisan commission appointed to investigate the cause and ramifications of the Deepwater Horizon oil spill, recently said lifting the president's six-month ban on deepwater drilling "would require profound changes in industry practice and government oversight that could not be done that quickly." So, get cracking now, safety inspectors!

Robert Gibbs says the White House will appeal to the 5th circuit.