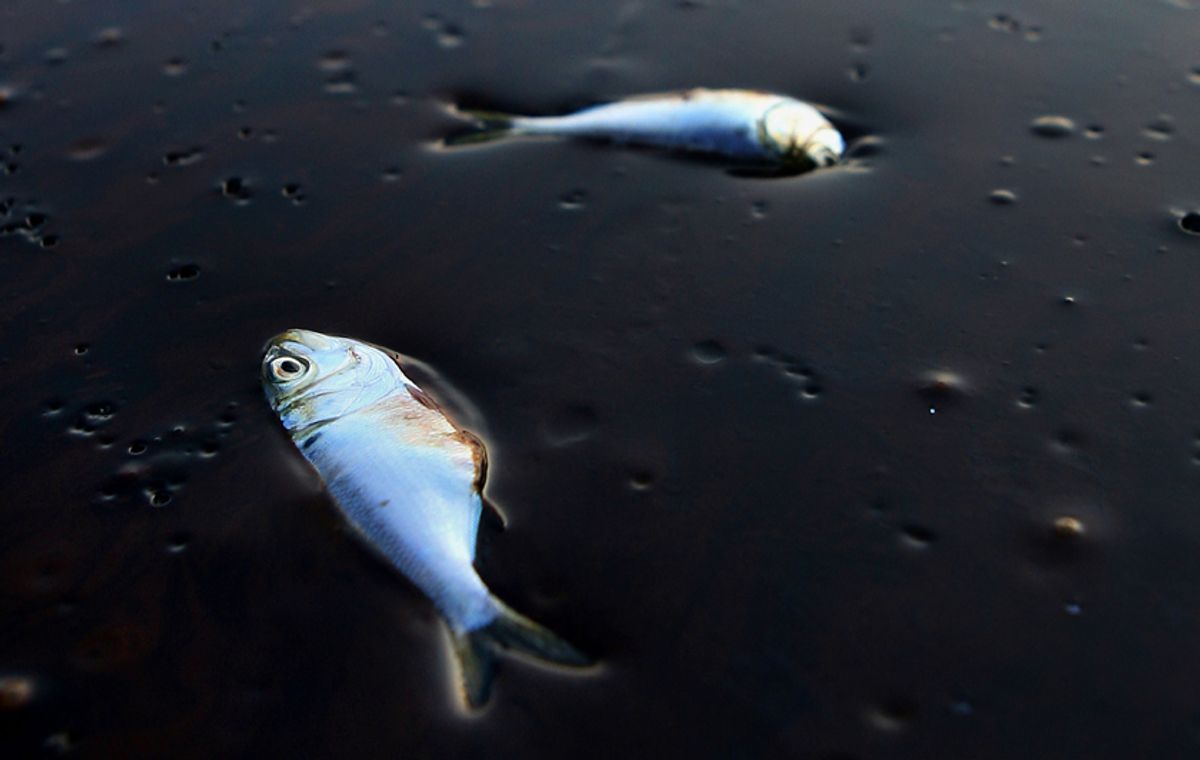 Could there be less of a surprise than the fact that a Louisiana district court judge with financial ties to the offshore oil industry, appointed to the federal bench by Ronald Reagan, granted a preliminary injunction against President Obama's six-month moratorium on offshore "deepwater" drilling? The real shocker would have been finding a local judge who didn't have any entanglement with the oil business.

Yahoo News reports that as recently as 2008, Judge Martin Feldman "owned stock in Transocean, as well as five other companies that are either directly or indirectly involved in the offshore drilling business." Irrespective of the merits of the argument made by the judge in his opinion, the fact that he did not recuse himself is inexcusable. But as the case flies up the appellate ladder, it's not going to get any easier to find an impartial hearing. As Feldman observed, this case "seems driven by political or social agendas on all sides." Judges appointed by presidents who stressed the primacy of deregulated free markets will likely have different views than judges appointed by presidents who took protection of the environment seriously.

It's a mess, and it's going to stay a mess. It's also an apt reminder of the limits to Obama's power to deal appropriately with the spill. To many of the people who voted for him, his announcement of the moratorium seemed like a no-brainer, especially given the pathetic state of regulatory enforcement over past decades. The closer one examines the trail of cost-cutting incompetence that BP was able to get away with, the harder it is to avoid the sense that we've been very very lucky not to have experienced a devastating blowout earlier. If ever there was a time for a timeout, it's now.

But there's also no question that the moratorium will do serious harm to the Louisiana economy, and I'm even willing to acknowledge that the government's decision was, as Feldman declared, "arbitrary and capricious." When shifting policy in a short period of time in reaction to a great disaster, it's almost impossible not to be arbitrary and capricious. Judge Feldman considers the administration's "thinking" to be "heavy-handed and rather overbearing." Well, when faced with one of the great environmental disasters in U.S. history, do the times call for a timid light touch? I don't think so.

But some portions of the decisions are just laughable. Feldman writes that "there is no evidence presented indicating that the Secretary balanced the concern for environmental safety with the policy of making leases available for development." But of course he doesn't mention that the new emphasis comes in the context of decades in which environmental safety considerations were explicitly downgraded in favor of development.

Judge Feldman finishes with a flourish:

The Deepwater Horizon oil spill is an unprecedented, sad, ugly and inhuman disaster. What seems clear is that the federal government has been pressed by what happened on the Deepwater Horizon into an otherwise sweeping confirmation that all Gulf deepwater drilling activities put us all in a universal threat of irreparable harm. While the implementation of regulations and a new culture of safety are supportable by the Report and the documents presented, the blanket moratorium, with no parameters, seems to assume that because one rig failed and although no one yet fully knows why, all companies and rigs drilling new wells over 500 feet also universally present an imminent danger.

As we have just witnessed, it only takes one botched well to create an enduring catastrophe. Taking six months to figure out what went wrong and getting new safety regulations and technology in place to protect against a repeat probably strikes most people who aren't directly financially impacted by the moratorium as a prudent idea. Yes, it's a political reaction to a disaster. That doesn't mean it's the wrong thing to do, however.