Unfortunately, it takes abuses before we wake up to dangers of untrammeled executive authority 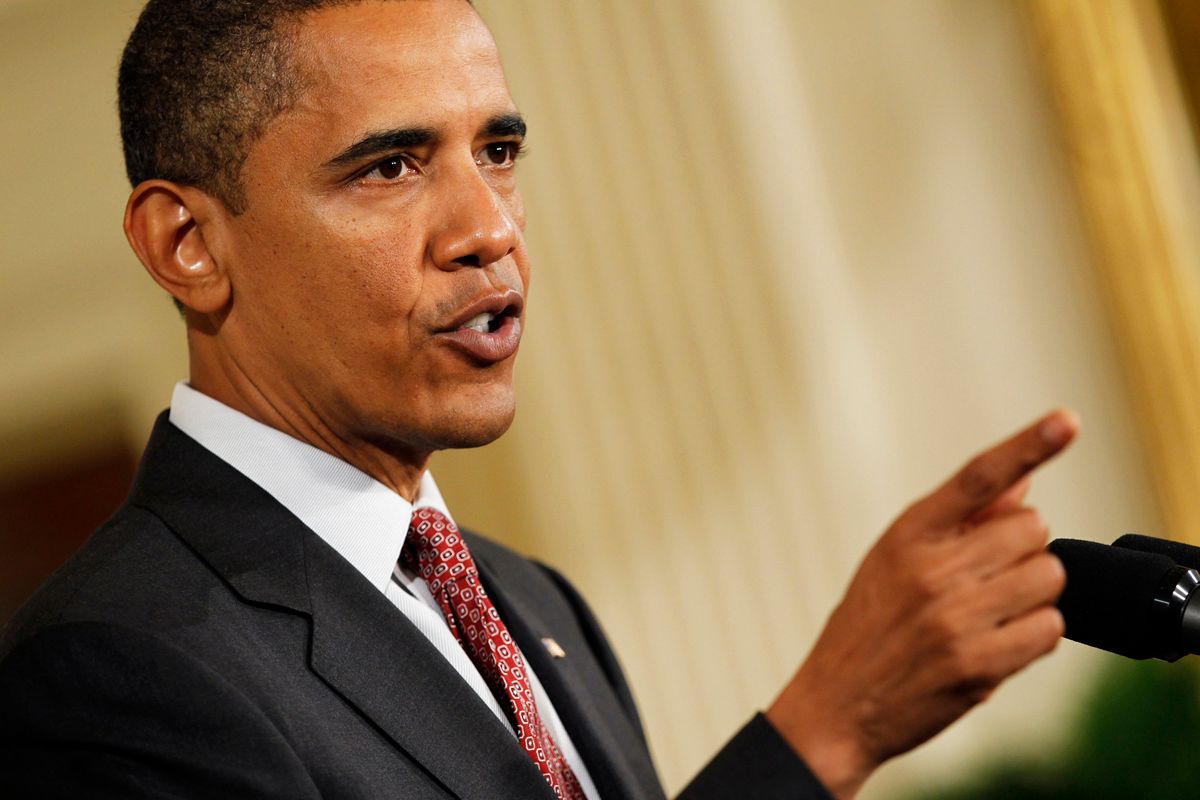 Last week, Secretary of Homeland Security Janet Napolitano declared the need for "legal tools to do things like monitor the recruitment of terrorists via the Internet." She wasn't specific about what she meant by that, but her remarks were widely understood, no doubt correctly, as a harbinger of yet another Obama administration encroachment on American civil liberties. (The most surprising part of Napolitano's pitch, in fact, was the word "legal" -- after all, the administration hasn't bothered with such niceties in any number of other situations, as Salon colleague Glenn Greenwald has repeatedly pointed out.)

Yesterday, the Supreme Court upheld a law that can put you in jail for the "crime" of advocating lawful, nonviolent activity, if the government decides that your advocacy is somehow helping a group the government declares is engaging in terrorism. Authoritarian right wingers reading this may be pleased to hear that Jimmy Carter could be a criminal under this ruling. They should also be thrilled to know that the Obama administration fought hard for this ruling, and that Supreme Court nominee Elena Kagan, as solicitor general, argued for this gross encroachment on free speech and the First Amendment.

Again and again, this administration has endorsed and expanded on the Bush administration's consistent stance that the Bill of Rights, apart from the Second Amendment, must take a distant second place to the "war on terror" that by definition can never end. Politicians and pundits who once claimed to believe in civil liberties are in hiding. It speaks volumes about our media today that Jon Stewart is one of the few commentators to speak truth to power on these issues.

So the more I watch Obama channel and extend Bush administration claims of essentially unlimited presidential power, the more I conclude that we have essentially one hope at this point -- and it rests, in part, on an awakening among conservatives who are today so enamored of authoritarian rule.

True civil libertarians of all political persuasions should hope, perversely, that Obama will abuse the powers he's claimed -- and which, given Congress' craven acceptance, appear to be a bipartisan Washington consensus. Moreover, we have to hope that he'll abuse them broadly, against people who support him as well as those who don't, and not just against the Guantanamo prisoners who seem to have dropped off America's radar screen or in several somewhat random cases.

The bipartisan disdain for liberty breaks recent precedent. In the Clinton years, a significant number of Republicans hammered what they believed (accurately in some cases) was the White House's tendency to claim executive powers that they were certain would be abused. Indeed, for a time it was the GOP that defended civil liberties -- hypocritically in many cases, as it was mostly reflexive anti-Clinton paranoia, but useful nonetheless for those of us who were glad to see someone, anyone, pushing back.

During the Bush years, a few Democrats at least talked a good game, decrying the administration's wholesale claims of absolute power. But the Democrats were craven in the extreme when it came to applying actions to words; almost every opportunity they had to take a stand for liberty, they went the other way.

Having turned cowardice into an art form, the Democrats seem to figure it's OK to pander relentlessly to fear and expand presidential power because a good person is in charge at the moment -- and because lots of Democrats have deeply authoritarian impulses as well. The latter may actually be the more important motivation.

What of the Republicans and their allies on the political right? There's a huge amount of fury today about Obama's policies, including what many claim is a takeover of the economy and other dictatorial powers being assumed by the president. Yet while the Limbaughs and Becks and their political followers rant and rave about "the regime" and its excesses, they're applauding every time the administration insists on truly dictatorial authority in matters of national security, a term that has grown and grown in its scope.

This disconnect makes sense only if you assume, as I do, that the right wing has concluded that Obama actually won't abuse his police powers, at least in ways they or their major supporters will find objectionable. They're threading a needle. The right wing's sane leaders must surely fear the possibility that some supporters might actually use their weapons to "take back the country," because that would give Obama a reason to act against them using those police powers. Rather, they must want supporters to get organized at protests and political meetings and ultimately in voting booths. Their goal is for Obama to fail, in ways that have historically led to right-wing surges, so they can get back all three branches of government again. Actual violence by their supporters would make that much more difficult. But the political right is surely licking its chops, confident that when it returns to power there will be absolutely no constraints on their pro-authority agenda.

If that happens, Obama will have given them cover. He, as much as George W. Bush and Dick Cheney, will have laid the groundwork for a regime that goes all the way to the edge, if not over it.

Most depressing of all, the majority of the American people would probably welcome such a government. Our preference for the illusion of safety over the recognition and acceptance of risk has only grown. We are a society too afraid of our own shadows to confront reality, I fear. Someday, perhaps as soon as the next successful terrorist attack, we'll get what we seem to want.

Which is why I come back to my perverse hope that Obama will abuse his powers enough to pull enough scales from enough eyes, especially in Washington, to make people understand what history teaches again and again: Untrammeled executive authority only seems like the easier road -- until you're in the way of the bulldozer.﻿

A longtime participant in the tech and media worlds, Dan Gillmor is director of the Knight Center for Digital Media Entrepreneurship at Arizona State University's Walter Cronkite School of Journalism & Mass Communication. Follow Dan on Twitter. More about Dan here﻿.


(Note: This is a revised and updated version of a post I wrote on my personal blog earlier this year.)﻿