The couple got engaged on the finale of the ABC show's last season. Spokesman for the show requests "privacy" 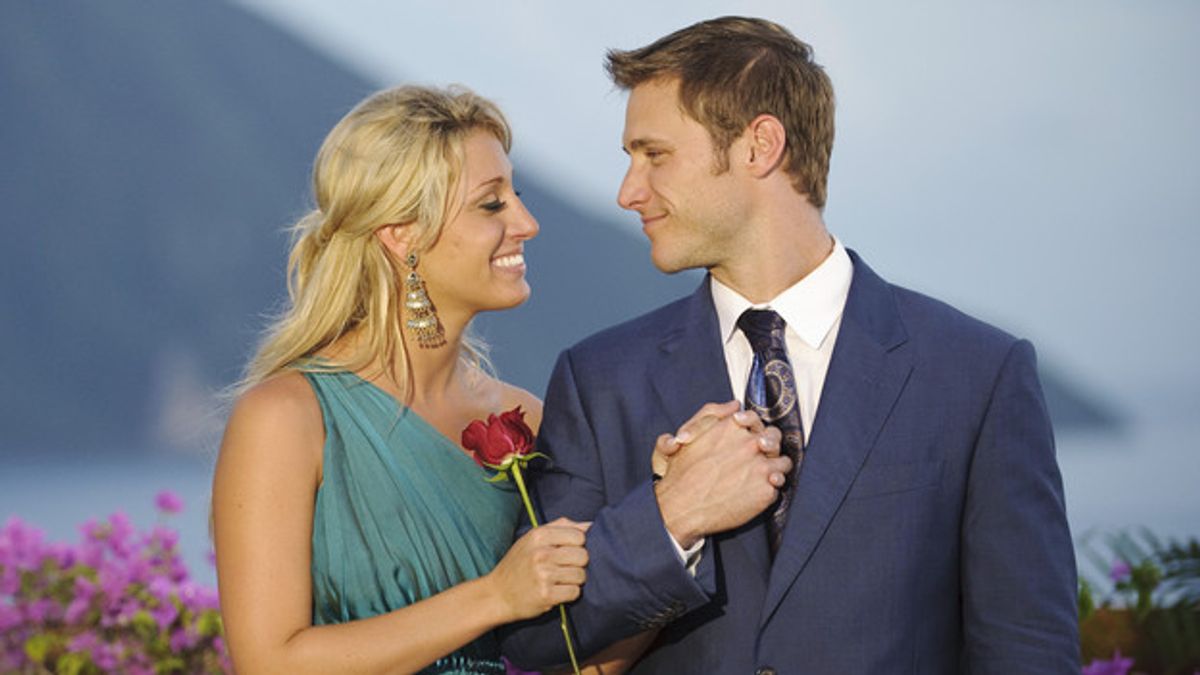 Vienna Girardi and Jake Pavelka on "The Bachelor"
--

I know, I know. You're crushed by the end of the storybook romance that was Jake and Vienna. They were meant for each other, it was destiny, it was the perfect union of two fame-chasing, shiny-toothed...nah. 'The Bachelor" has a terrible track record when it comes to forging lasting bonds -- of 14 seasons, only Jason Mesnick is married to his "winner," and they've got plenty of time to screw it up. (Trista and Ryan met on "The Bachelorette," technically.) So color me un-surprised at today's big news. No reason was given for the split, if you were hoping to get some closure. Sniff.

Entertainment Weekly has a couple of ideas about how the erstwhile couple can rebound. E!Online talked to current "Bachelorette" and Pavelka-dumpee Ali Fedotowsky about the possibility of a rekindling. Here's a hint: no. And like i said, there's no word on the "why" of it all, but The Hollywood Gossip doesn't let that stop them from speculating. You can relive the Jake-Vienna lovefest below, if you're the beating-a-dead-horse type.