Gay teens: Your moxie will pay off

Ceara Sturgis' picture won't appear in her yearbook, but LGBT high-schoolers will fight on -- just like I did 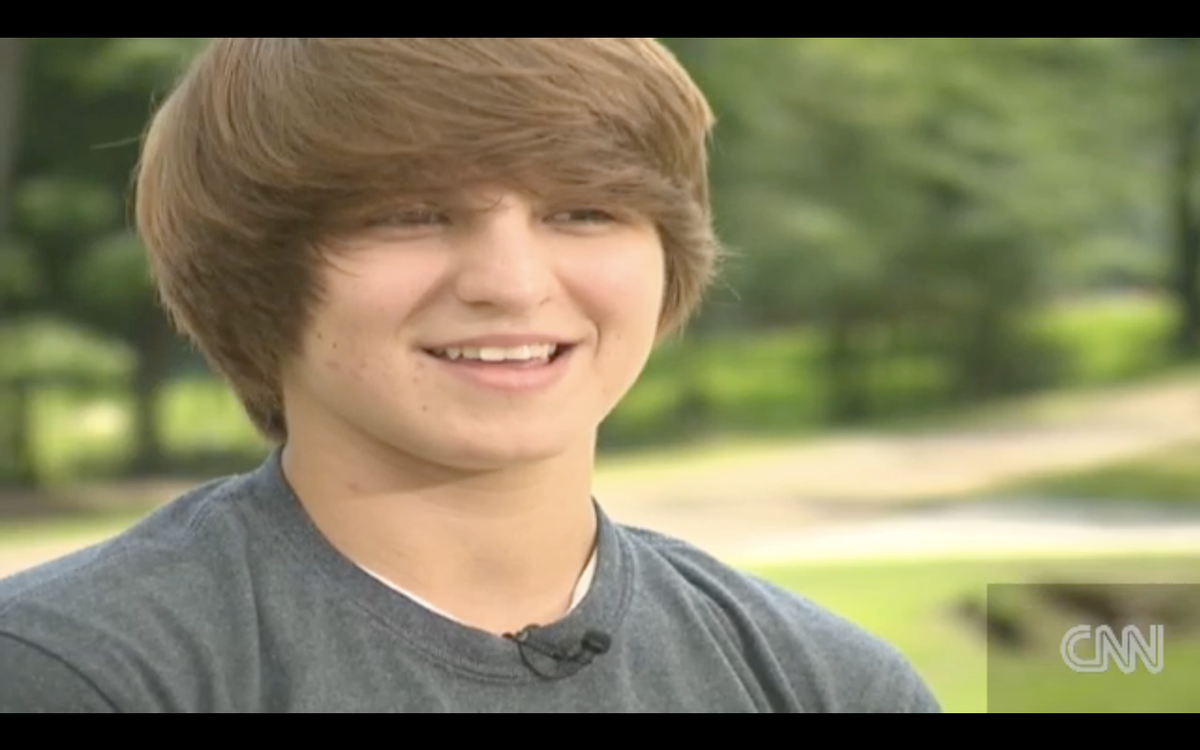 Ceara Sturgis being interviewed by CNN
--

Ceara Sturgis, a teenage lesbian in rural Mississippi, made headlines earlier this year when her bigoted high school principal refused her request to wear traditionally male clothing in her senior yearbook picture. Instead of printing a photo of Ceara in a tuxedo, the school omitted her photo entirely. A CNN reporter recently prompted her to explain how she feels while looking at the page where her picture would have been printed -- had she been biologically male or wearing a dress -- and she could barely speak about it through her tears. I know how she feels.

I came out around the beginning of my junior year. I was so isolated by then, I didn't even fit in with the kids at the local LGBT youth support group -- and I was lucky that existed at all. It was 1996, and kids all over the country were literally suing the government to force their schools to allow them to form Gay Straight Alliances. (Sadly, in many towns, these lawsuits are still necessary.) In our liberal suburb, we had a brand-new GSA, but I was the only member who was out to the school at large. I resented the closeted kids (and, fascinatingly, one teacher) who preferred silence and anonymity. I'm sure they resented me for drawing attention to them. As soon as I figured out I was gay, I needed to let everyone know about it in the way that teenagers need to stay out until 2 a.m. at that party. Adults don't understand that kind of need, or we understand it only nostalgically. When you're that age, your passion controls you with overwhelming urgency. It feels like life will be over tomorrow.

One of my big visibility campaigns was to bring acceptance of same-sex marriage to my high school. For a brief shining moment, Hawaii allowed same-sex couples to marry in the state. That changed in 1998, when voters instituted the first-of-its-kind state constitutional amendment banning same-sex marriage, starting an unfortunate trend. I didn't live in Hawaii, but you couldn't tell me that at the time. In my opinion, my high school was just as culpable. My protest tactics mainly consisted of me complaining loudly to anyone within earshot about the unfairness of it all. I vaguely recall fashioning some kind of protest button that no one else would wear.

You can just imagine how popular I was.

When I saw Ceara looking at the page where her picture should have been, I was struck by a feeling of deep sadness, both for her and for myself at that age. I must have sensed that I was on the cusp of something spectacular. The year after I graduated, I heard about kids coming out at my high school by the dozens. I heard from my younger sister that fake same-sex marriages were being performed at the high school a few years after that. And as there were kids then willing to stand up and fight, at the cost of their privacy and their immediate happiness, there are kids now still doing the same. They shouldn't have to, but they must. They fight because that's their power. As we age, we lose the will to make ourselves vulnerable like Ceara, and like Constance, who had to sue her high school so she could bring her girlfriend as a date and wear a tux at the same time.

The Deep South works on a different schedule. Ceara's school clearly hasn't evolved even as far as mine had almost 15 years ago. She probably feels like things will never change. But to all the Cearas, and the Constances, and the boys and the girls and the bois and the grrls and all the kids everywhere who have that need to make everything better for the kids that come next, I want you to know that you will change the world without even knowing it. You will change the world and you'll grow and you'll fall in love and break your heart and find your peace and before you know it you'll be pushing 30 and looking back at how they all saw, eventually, that you were right. And once you've done your part, you can sit back and ache with pride at the ones who come to take your place.