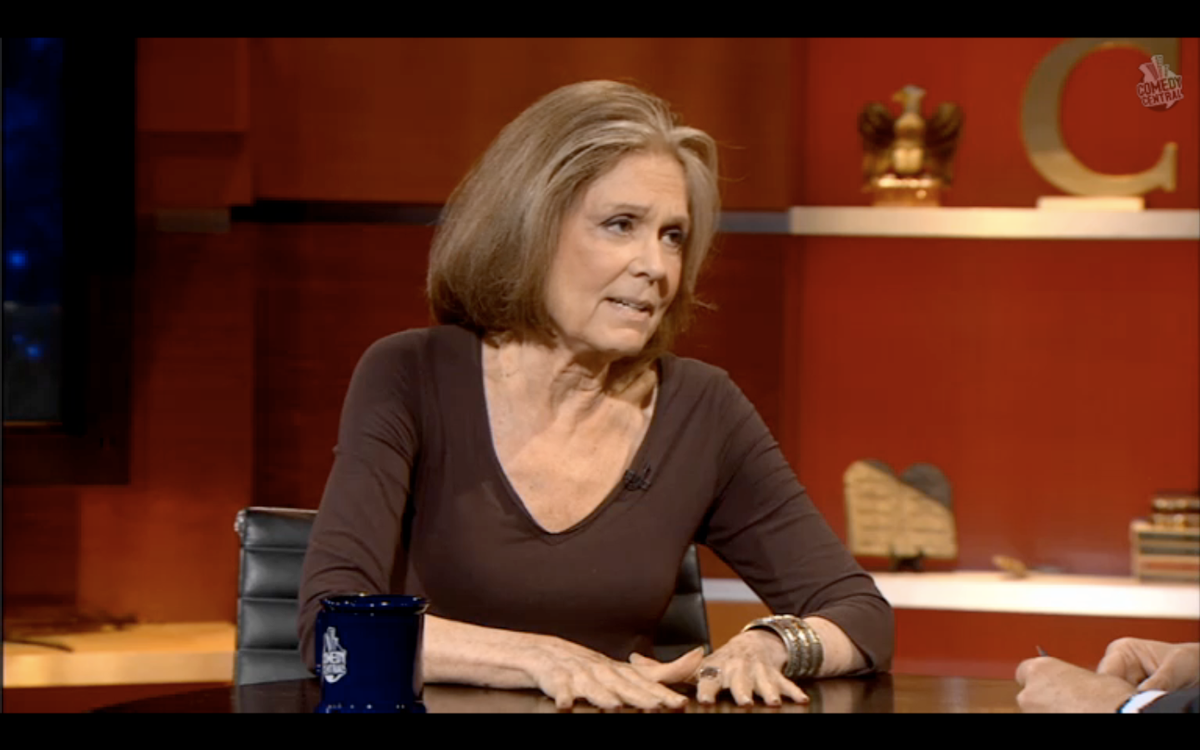 Gloria Steinem made a dazzling return to "The Colbert Report" last night -- you do remember her "ice cream three-way" last time, yes?  -- to talk about two issues dominating discussion these days: the rise of the conservative woman and the supposed "end of men." There is nothing like some sharp satire to cut through the insanity -- behold, this choice exchange:

Colbert: "Republicans are putting all the strong ladies out there ... I think there are more republican women holding office than democratic women right now."

Colbert: "I don't think so either, but it sure feels that way if you look at the press right now."

As for feminism's supposed triumph over men, Colbert asked: "Are you happy that women have won?" Steinem shot back with obvious amusement: "The idea was never victory and defeat. The whole idea was, you should pardon the expression, equality -- that we're actual human beings and that was it. I know it sounds radical, but that was it."