The president relieves the general of his command in Afghanistan after Rolling Stone remarks. Petraeus to take over 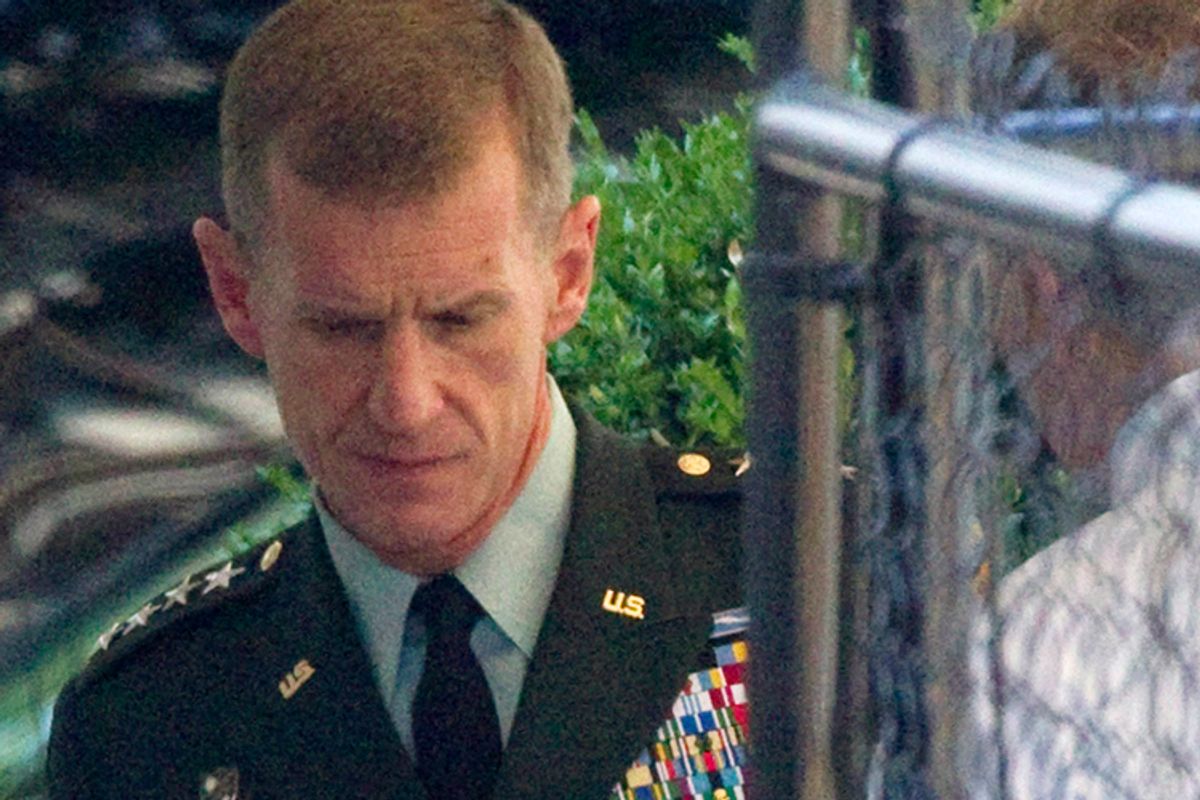 Gen. Stanley McChrystal, commander of the NATO troops in Afghanistan, has been relieved of his command. He will be replaced by current U.S. Central Command leader David Petraeus. McChrystal has been fired for idiotic quotes he gave to a freelance reporter than turned into an embarrassing Rolling Stone profile.

As far as I can remember, Petraeus wasn't on any journalist's shortlist for likely McChrystal candidates.

Spencer Ackerman has a list of the key strategic choices McChrystal made in Afghanistan and some predictions of what might change under a new commander. For a great criticism of McChrystal and the entire mission in Afghanistan, see Thomas Rittig.

Petraeus is said to favor very, very slow troop withdrawal following the July 2011 deadline, and he may request more troops before then.