Obama: McChrystal firing "a change in personnel," not policy 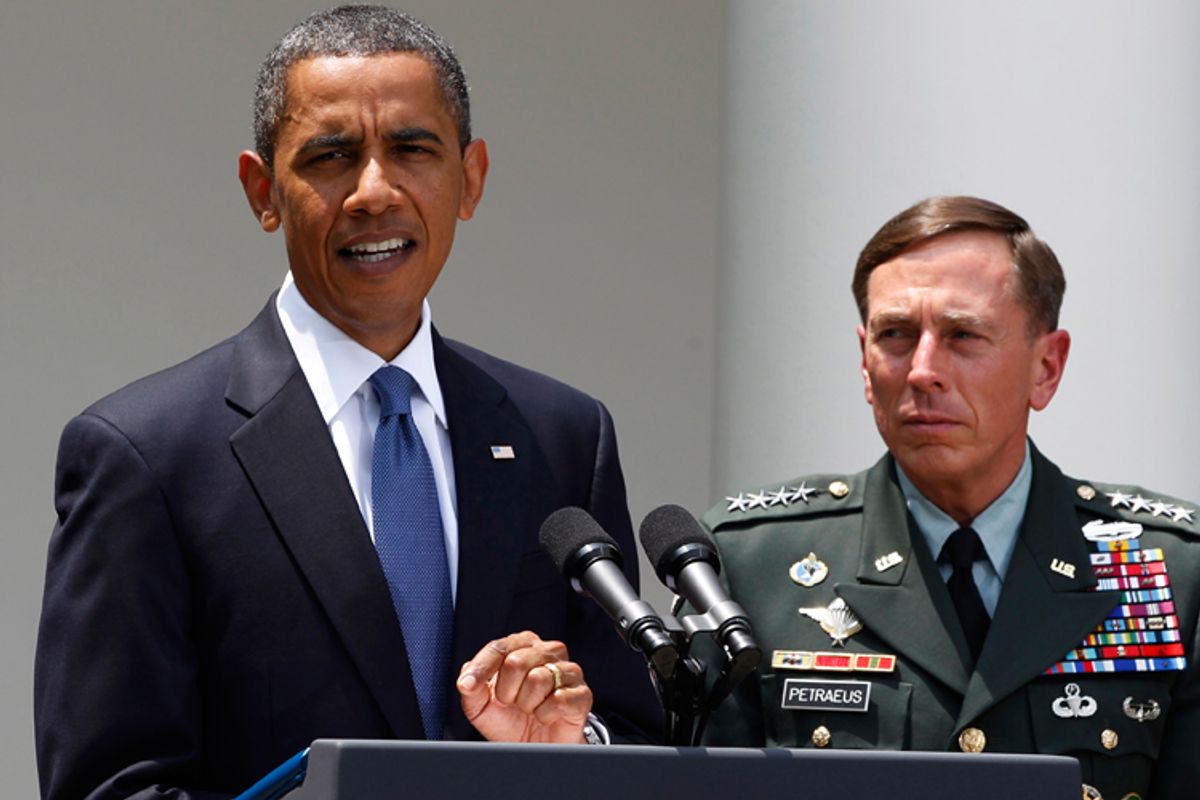 President Obama just wrapped up his 10-minute speech announcing the firing of Gen. Stanley McChrystal and his replacement by Centcom commander David Petraeus. Obama began by saying that he and McChrystal "are in full agreement about our strategy" and that his firing was also not about "personal insult." But "war is bigger than any one man or woman" and McChrystal's insulting remarks to a Rolling Stone reporter violated the military code of conduct.

That won't please liberal critics of the war -- especially because Petraeus' commitment to a July 2011 withdrawal date is pretty soft.

One benefit of choosing Petraeus is that he is respected -- beloved -- by everyone in Washington. The leader of the NATO forces in Afghanistan has to be approved by the Senate. No one could possibly have less trouble getting through the Senate than Petraeus.

The Petraeus selection was predicted by, of all people, Bill Kristol. Rich Lowry seems thrilled. Joe Lieberman just slobbered all over Petraeus on MSNBC. The guy is untouchable.

And you will get tired of hearing that "he wrote the book on counterinsurgency," but he did, and that's the strategy in Afghanistan. (In the south, anyway.)

Why did Petraeus agree? Well, because the president asked him to, I guess. And he is a good soldier. It's hard to believe that his reputation will be well-served, though, by taking ownership of a probably unwinnable quagmire. It seems he's not lying when he insists he doesn't want to be president.

McChrystal released a statement to reporters:

This morning the President accepted my resignation as Commander of U.S. and NATO Coalition Forces in Afghanistan. I strongly support the President’s strategy in Afghanistan and am deeply committed to our coalition forces, our partner nations, and the Afghan people. It was out of respect for this commitment — and a desire to see the mission succeed — that I tendered my resignation.

It has been my privilege and honor to lead our nation’s finest.

(And one small correction to my earlier piece: Dexter Filkins floated Petraeus' name as a potential McChrystal replacement this morning.)