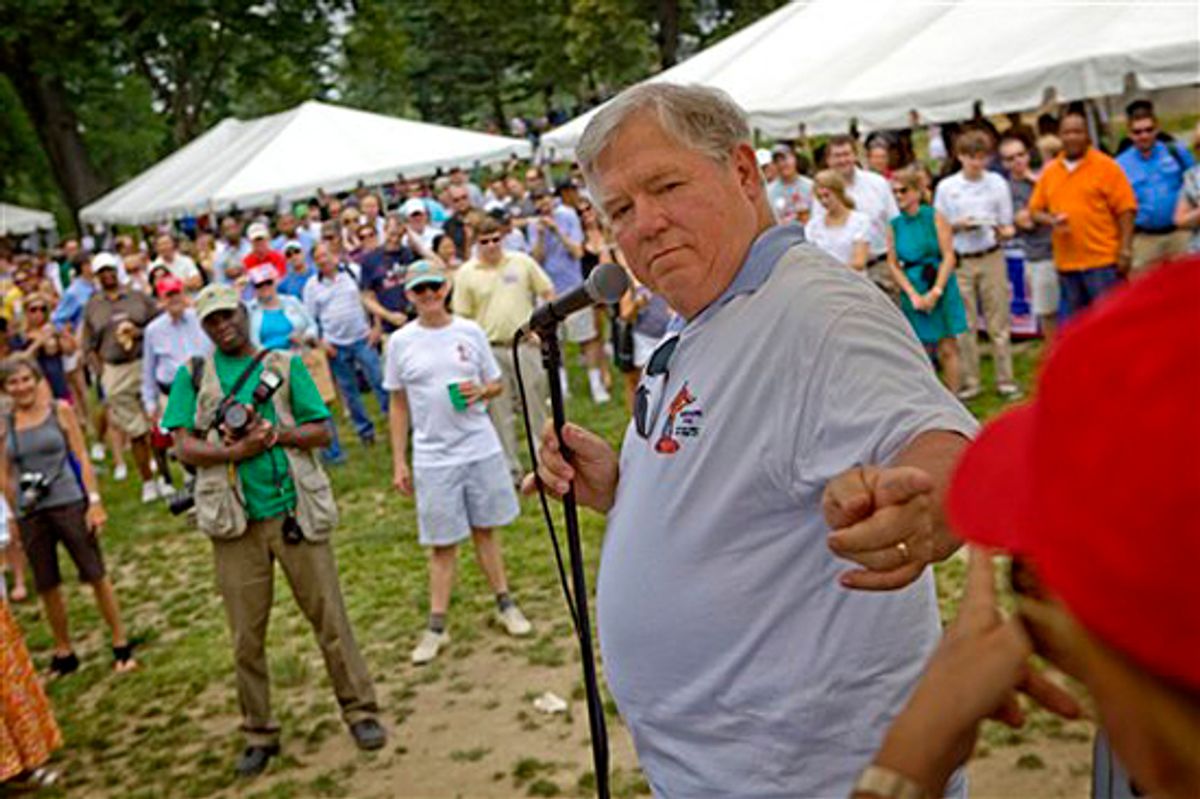 Mississippi Gov. Haley Barbour addresses the public on concerns that oil from the spill in the gulf has reached the shores of Mississippi as he attends the 31st New York Mississippi Picnic in New York's Central Park, Saturday, June 5, 2010. (AP Photo/David Goldman) (David Goldman)
--

Do you enjoy watching the Republican party's demographic suicide campaign? Are you hoping they never modernize or seek to appeal to any of the growing groups that will ensure that they remain a viable national political party well into the 21st century? Then you better hope Mississippi Governor Haley Barbour wins the 2012 presidential nomination.

The corrupt, rotund, sorta-former tobacco lobbyist is "discreetly building a complex political operation rivaling those of any other 2012 GOP presidential prospects," according to Politico. He's even leaving Mississippi -- as the oil continues lapping up on its shores -- to attend a major fundraiser for one of his PACs today.

Apparently Barbour sees "weaknesses" in the other likely GOP candidates -- I think that means "Mitt's an unlikable Mormon robot and everyone else is a lightweight or a moron" -- and he thinks America is finally ready to elect a super-white, ultra-southern good ol' boy super-lobbyist governor of the poorest state in the union.

And like all good ultra-white Republican southern governors, Barbour has some really, really racially questionable incidents in his past.

The racial sensitivity at Barbour headquarters was suggested by an exchange between the candidate and an aide who complained that there would be 'coons' at a campaign stop at the state fair. Embarrassed that a reporter heard this, Mr. Barbour warned that if the aide persisted in racist remarks, he would be reincarnated as a watermelon and placed at the mercy of blacks.

What's especially fun is that Barbour is connected, rich, and respected enough to make a serious go of it. (Unless it's Bush-Haley, of course. But I don't think Jeb runs until 2016.)