Changing generals changes nothing in Afghanistan

McChrystal is out and Petraeus is in, but "victory" is as elusive as ever 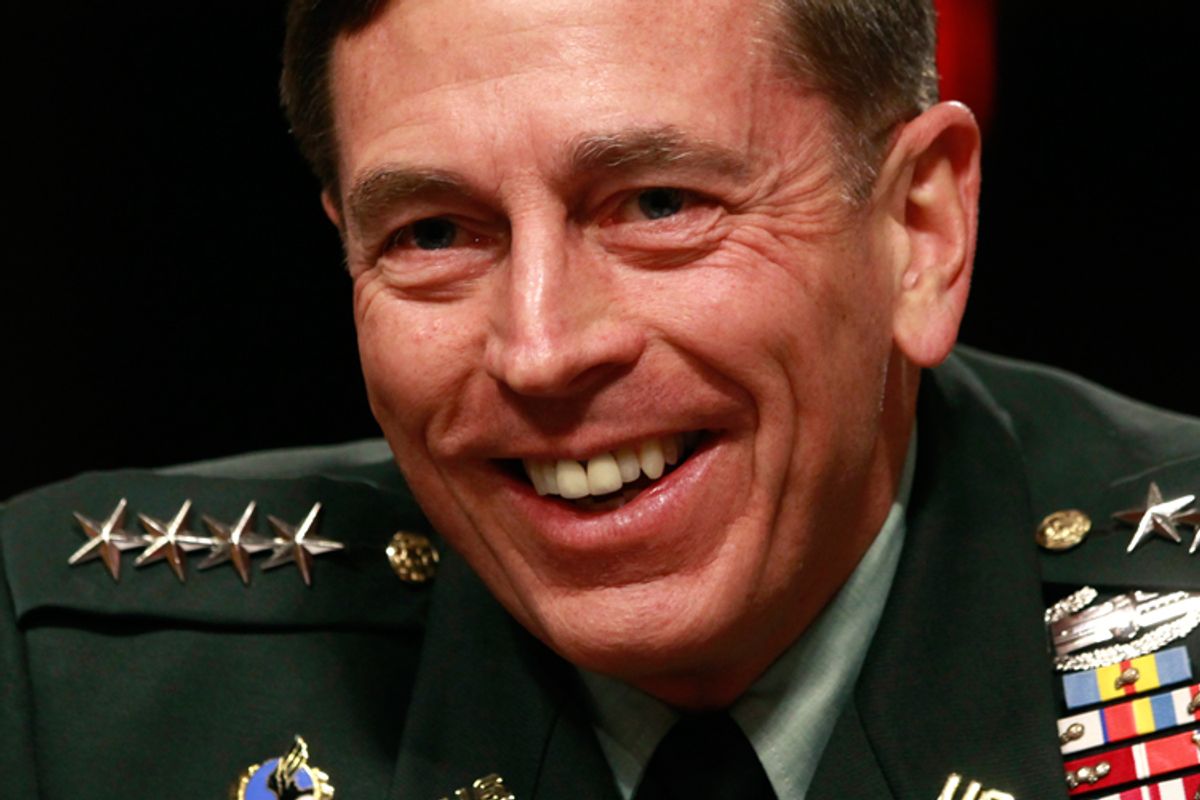 I spent the better part of Wednesday morning trying to keep up with the flurry of news about Gen. McChrystal’s recall. Everyone wanted to know, would he stay or would he go?

Between checking for updates on the New York Times and the Small Wars Journal and listening to George Packer and Fred Kaplan on NPR, I opened a package that had arrived in yesterday’s mail. It was a book: "A Question of Command: Counterinsurgency From the Civil War to Iraq," by Mark Moyer. As the title suggests, the book argues that the success or failure of a counterinsurgency strategy depends on the quality and commitment of the individuals leading the fight.

Those who spoke out against McChrystal’s dismissal made the same argument. We can’t change leadership at such a crucial moment in the battle, they say. As one NPR reporter put it, "McChrystal is the war in Afghanistan." Thus, many believe that the success or failure of the counterinsurgency strategy depends on him.

This just isn’t true. First of all, it’s unlikely that the administration’s policy in Afghanistan will change with McChrystal’s resignation. Like Petraeus, who has now been named to fill the job, everyone else mentioned as a possible replacement for McChrystal shares his emphasis on the clear-hold-build strategy of counterinsurgency and the importance of building up trust between the local population and the Afghan government.

Perhaps more important, the idea that this war will be won or lost by a brilliant general is problematic. Everyone agrees that both McChrystal and Petraeus are exceptional individuals. They therefore fit nicely into the standard narrative of counterinsurgency as told by many of its proponents. According to this narrative, there are enlightened generals who "get" COIN and dimwitted generals who don't. The classic example comes out of Vietnam lore. As the story goes, the blockhead general, William Westmoreland, who gauged the war in terms of body count and bombs, was replaced in 1968 by the more astute and versatile Creighton Abrams, who made pacification and political reform a more central aspect of the war effort. A similar narrative emerged from Iraq. Here, the dimwit was Gen. Casey. He was replaced by the brilliant Petraeus who turned the war in Iraq around by revitalizing the lost doctrine and practice of counterinsurgency.

Surely, generals play an important role in winning and losing wars. But it is misleading to imagine that they -- or any other individual -- determine the outcome of a conflict whose causes stem from the underlying political and social system. Despite the counterfactual argument that we would’ve won in Vietnam if we hadn’t cut the rug out from under Abrams, the larger truth is that the South Vietnamese government remained unwilling to engage in serious reform, thus making lasting victory in Vietnam impossible. Critics of Petraeus argue that the decreased violence in Iraq was largely the result of political developments within the insurgency, rather than a direct response to the surge. If establishing a viable infrastructure, building a stable political system, and getting electricity to the population are part of winning, then we can’t credit Petraeus or anyone else with succeeding in Iraq.

The political and social barriers to success in Afghanistan are even steeper. As did McChrystal, Petraeus will face the superhuman challenge of refashioning a political system that resists change and garnering popular support for a government that cares little about the populace.

In the scramble to follow the latest news on whether McChrystal deserved to go, the question of whether it will make any difference seems to have gotten lost. This is rather ironic, considering the article in Rolling Stone that ignited the flames in the first place. Anyone who reads the full article will see that the jabs at Obama, Holbrooke and Ikenberry by McChrystal and his aides play a relatively small part in the piece. Much more time is spent considering the blowback from the rank-and-file military and the larger problem of nation-building in Afghanistan. By the end of the piece, Hastings has poked serious holes in the inflated wish that McChrystal or any other hero general can succeed in Afghanistan. "Winning, it would seem, is not really possible,” he concludes. “Not even with Stanley McChrystal in charge." In the meantime, though, we can count on the 24-hour news cycle to focus on the people and personalities -- to pretend for the moment that the war in Afghanistan is really just a question of command.

Hannah Gurman is an assistant professor at NYU's Gallatin School. She is currently working on a book about the history of counterinsurgency in American foreign policy.