Almost half a year after the country's devastating earthquake, sexual violence continues to rise 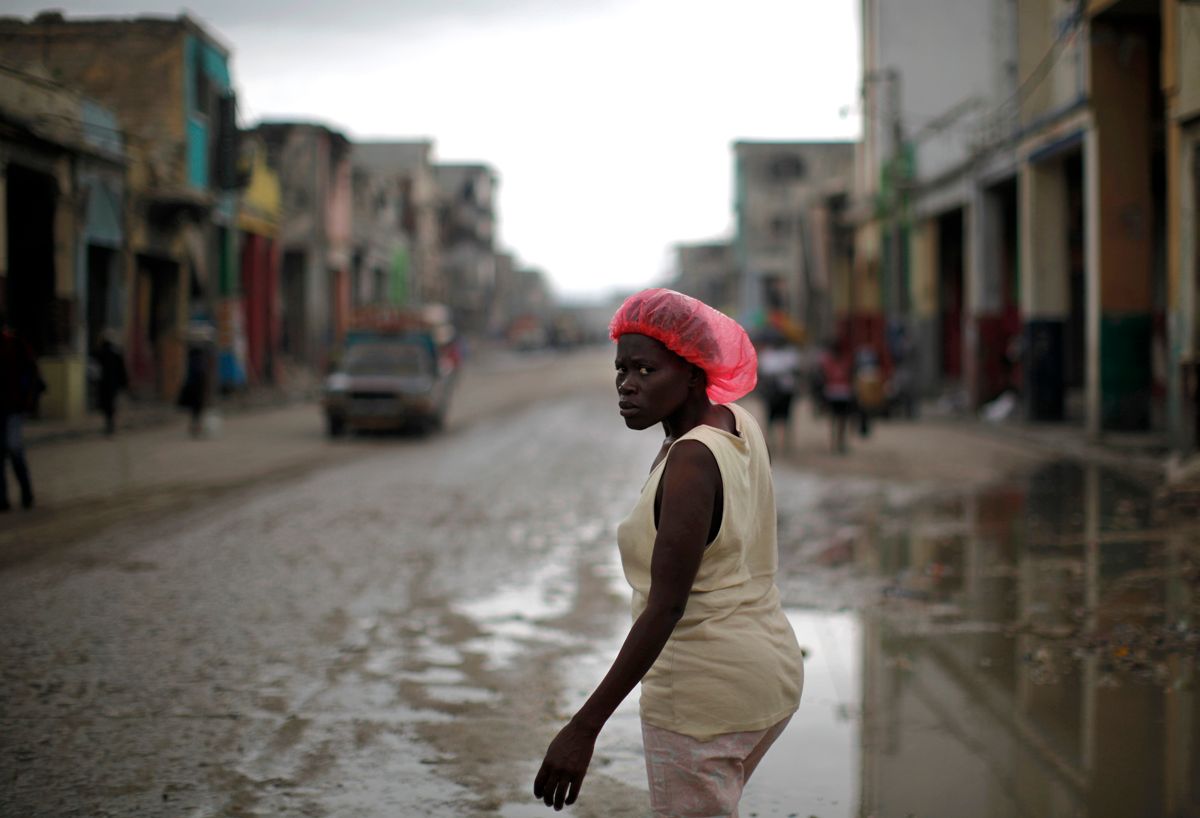 A woman crosses a street in downtown Port-au-Prince February 26, 2010. Seasonal rains and hurricanes spell trouble for Haiti in the best of times, but with hundreds of thousands of people living in flimsy makeshift shelters after last month's earthquake, this year the dangers are much greater. REUTERS/Carlos Barria (HAITI - Tags: DISASTER ENVIRONMENT) (Â© Carlos Barria / Reuters)
--

We knew Haiti's women were at risk even before the dust had settled from the country's devastating earthquake. In the weeks immediately following the disaster, reports of sexual harassment, assault and trafficking came as no surprise to human rights organizations -- or anyone paying even marginal attention to the around-the-clock footage of chaos on cable TV. Nearly six months later, as global attention fades and the rubble remains, rape is still on the rise.

We saw it coming, but we couldn't stop it.

So, now we have today's crushing feature in the New York Times about a 22-year-old Haitian woman who was kidnapped, imprisoned inside the ruins of a house and repeatedly gang raped in a cramped space beneath a collapsed ceiling. Her kidnappers demanded a ransom, which her relatives paid. In exchange, she was dropped off at the family's house and found on the doorstep, curled up in pain.

As I reported earlier this year, an Amnesty International report detailed "shocking levels" of pre-quake sexual violence, especially against underage girls. The best number the Times was able to come by was from Kofaviv, an organization that helps rape victims, which reported treating 264 victims since the crisis hit; that's three times the amount reported during the same time last year. Keep in mind, though, that rape cases are underreported in Haiti -- as they are nearly everywhere in the world, albeit to dramatically differing degrees.

It isn't that attempts aren't being made to protect Haitian girls and women from violence. Patrols and security have been ramped up, but there are too many people, too many tent cities and too many devastated neighborhoods to look after. As Malya Villard, director of Kofaviv, matter-of-factly told the Times: "It's an ideal climate for rape."