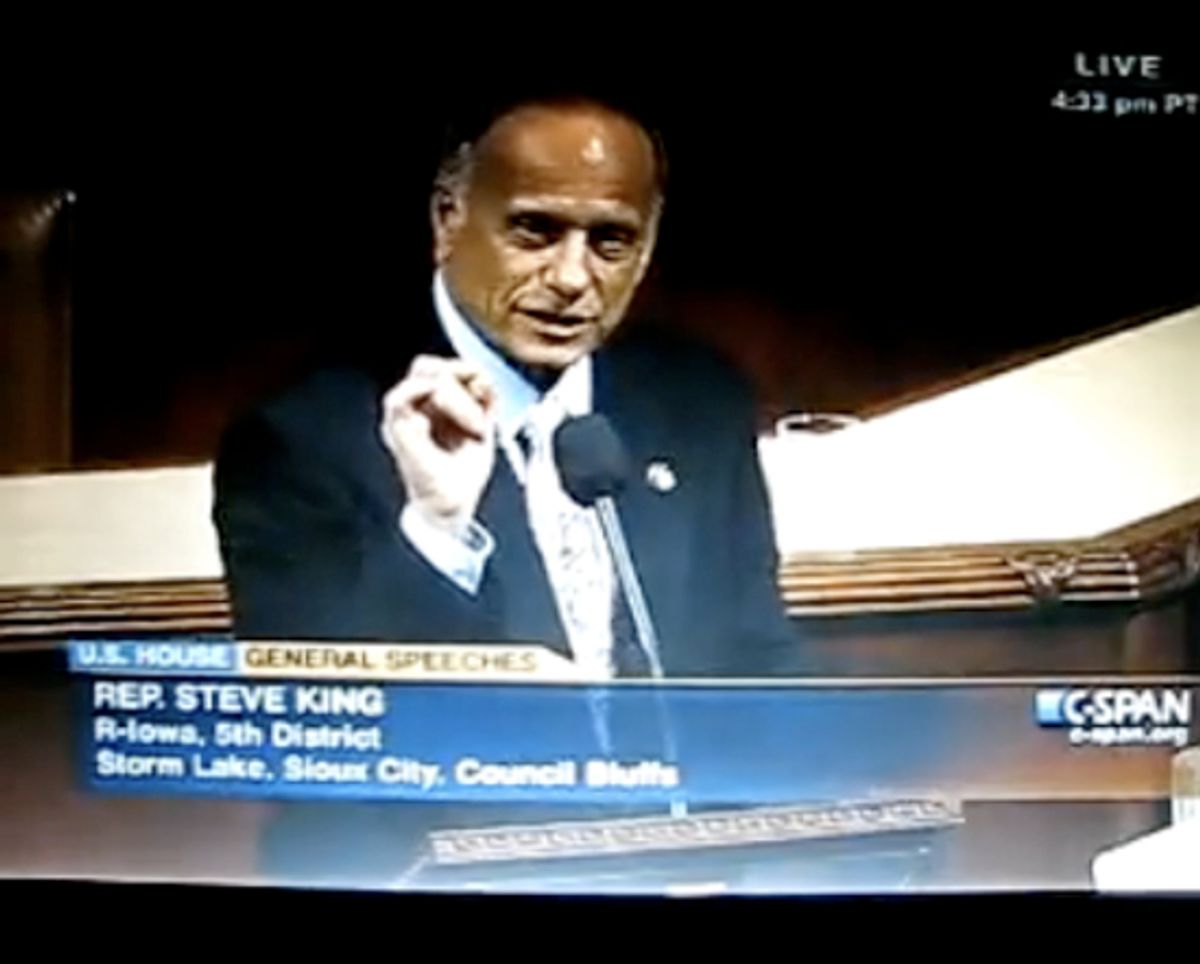 Yesterday, while rambling about the national debt on the floor of the House, Iowa Republican Rep. Steve King made a delightful joke about the president's birth certificate:

It's just a little one-liner, toward the end there:

Little baby with ink on their foot, stamped right there on the birth certificate -- there's one in this country we haven't seen -- but, the footprint on those we have seen, those little babies owe Uncle Sam $44,000.

Now, I don't think that's how the national debt works. (Babies owe money to the U.S. government?) But that aside, very funny, Rep. King. The "joke" is that Steve King thinks the president was born in Kenya or Indonesia, because King is a complete loon seething with racially charged hatred for the president and his family.