Hanging with Clinton and Mandela 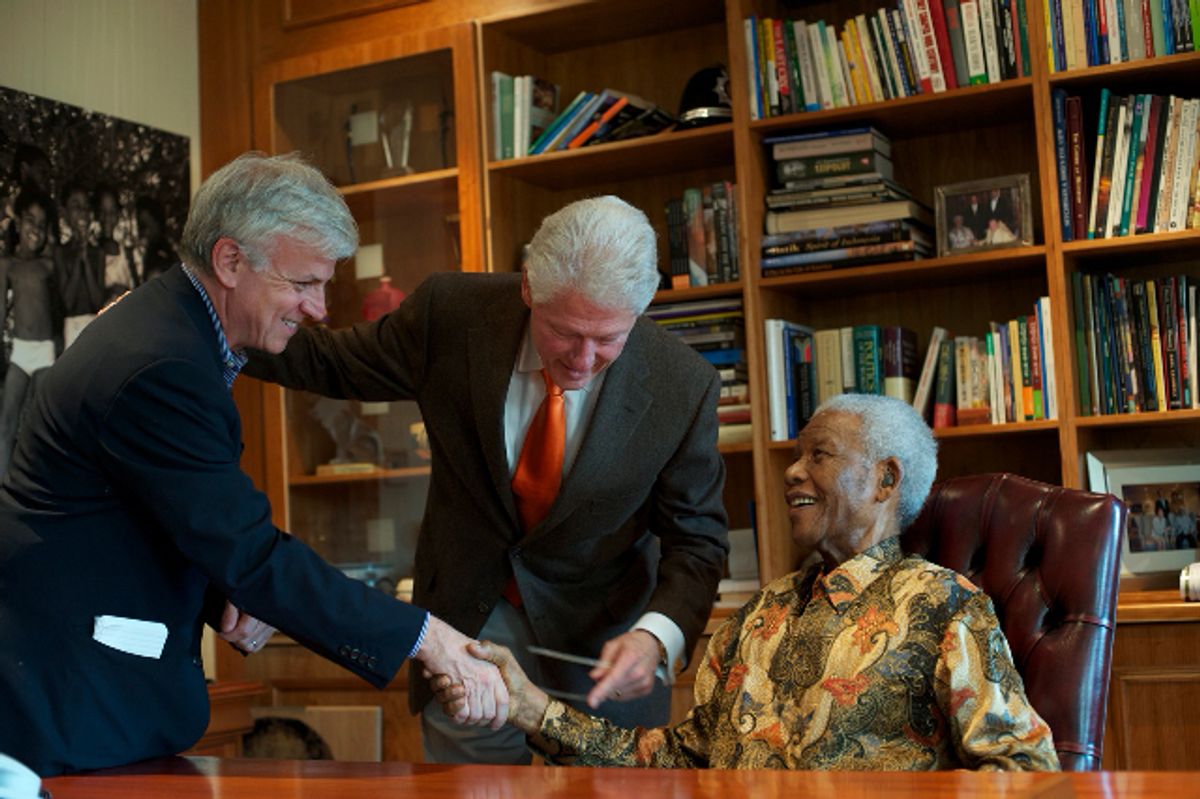 It's not quite a postcard, but Salon's Joe Conason is spending the week in South Africa with Bill Clinton (they already went to a soccer game together) and has sent this picture along. You can probably guess which one Joe is.

Update: Salon's Rebecca Traister was in South Africa with Clinton in 2007 (she was reporting on his post-White House work) and posed for an eerily similar picture: