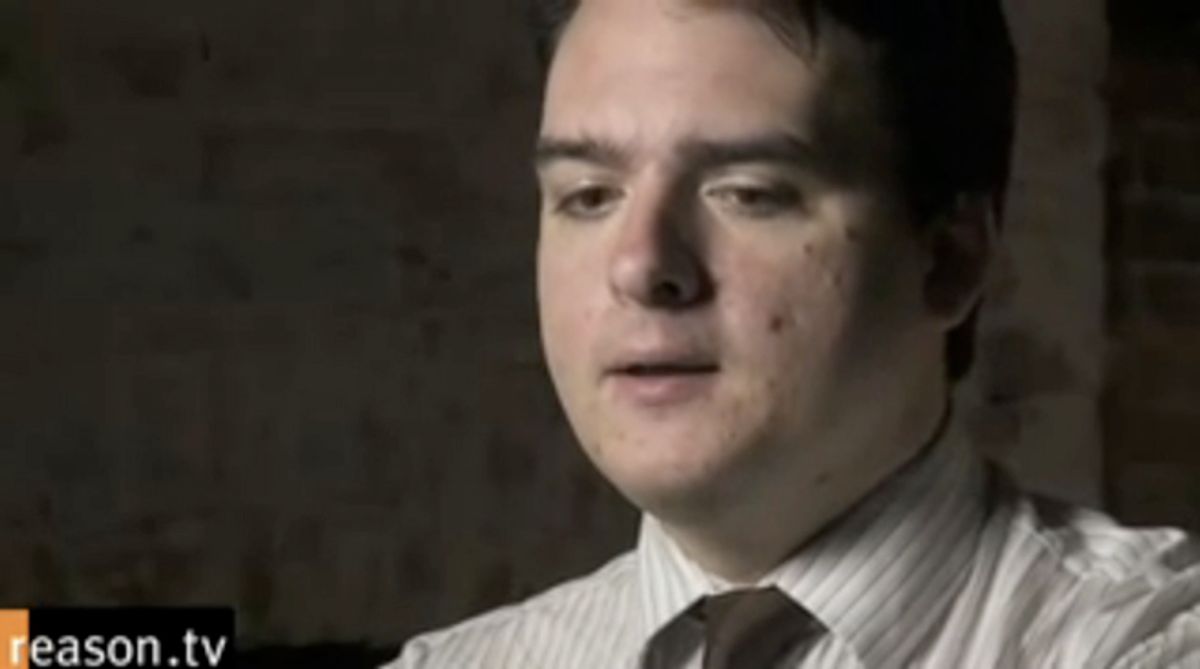 Conservative movement journalist and blogger David Weigel just resigned from the Washington Post, following an apparently coordinated campaign to humiliate and discredit him by forwarding and posting his private messages to a listserv to unfriendly media outlets. I'm reasonably sure Weigel quit -- as far as I know, he wasn't fired or forced out -- but it's still an embarrassment for journalism as a whole.

Weigel originally got in trouble with conservatives for calling opponents of gay marriage "bigots" on Twitter. He apologized, even though, to my mind, the position that the people actively, obsessively campaigning to restrict the rights of gay people will be looked at as bigots in 20 years is pretty defensible.

Then, this week, a hack named Betsy Rothstein -- a former DC gossip columnist whom I've known to write inexplicably nasty, personal items about other DC journalists (seemingly people she considered her competition) (including, full disclosure, a terrible piece she wrote about me the week I moved to DC many years ago), who's currently toiling in near-obscurity at Mediabistro's FishbowlDC -- scored a Drudge link by posting excerpts from messages Weigel sent to Journolist, a "private" email list of mostly liberal journalists in Washington, many of whom are friends in real life. It may or may not be smart for a bunch of journalists to have a "private" email list, but journalists are friends and they email each other.

Weigel was upset that Drudge willfully misrepresented something he wrote, sending a bunch of nasty hate mail his way. I've been on the wrong end of the deluge of mail and vitriol you get when you piss off a prominent right-winger, and it's really, really unpleasant. So Weigel said something hyperbolic about Matt Drudge, who is, by almost any standard, a contemptible figure.

Weigel smartly apologized immediately, and even reprinted the message himself to apologize for each claim. (And, you know, apologies are not actually necessary for saying nasty things, in a private message to friends, about someone who just fucked you over.) Drudge linked to him, again. I assume the terrible hate mail continued rolling in.

This morning, Tucker Carlson's "Daily Caller" -- a website that Carlson claimed he started to make smart, fair conservative journalism, and not just be another corner of the echo chamber -- went huge with another series of Weigel messages (many of these from long before Weigel joined the Post). And the headline: "SUSPICIONS CONFIRMED."

I don't know what the hell the suspicions were.

Weigel isn't a "conservative blogger" -- he's a journalist covering the conservative movement. Weigel is a libertarian. He voted for Ron Paul in the primaries. Many conservatives, for some reason, took umbrage at the mere existence of a reporter dedicated to explaining their movement to outsiders, as if it either wasn't fair or legitimate to have a reporter who wasn't part of the movement cover it.

Weirdly, this pernicious lie that the Washington Post thought they were hiring a conservative and got a liberal instead is spreading. Maybe the old morons at the Post who don't understand the internet thought that the paper hired a conservative and got a liberal. But what actually happened is that they hired a Libertarian Journalist and he turned out to be that. Jeffrey Goldberg, for example -- who was 100% wrong on the single most important journalistic issue of the last decade, and who was rewarded for it -- quotes a friend at the Post -- where torture apologists regularly pen columns -- as saying the Weigel hire "destroy[ed] our standards." Goldberg himself -- who, again, was as wrong as a journalist can possibly be on Iraq, and now thousands of people are dead -- says the Post now hires "people who came up in journalism without much adult supervision, and without the proper amount of toilet-training." Jeffrey Goldberg should possibly consider setting himself on fire.

Weigel did his best to be scrupulously fair. Not necessarily "objective" in the traditional newspaper sense, because he didn't hesitate to call out people like birthers as crazy (and unlike plenty of left-wing bloggers, he didn't obsessively report on the craziest of the crazies just for the sake of attention and traffic), and he let it be known upfront that he was a libertarian.

His crime was expressing his opinions less guardedly in private messages to friends than he did in his Washington Post blog -- or even on his oft-sarcastic and critical Twitter feed. In other words, his crime appears to have been professionalism.

Anyone who follows Weigel's public Twitter feed knows his opinions on most of the subjects he wrote about in the Journolist messages. Readers of his earlier work for Reason certainly knew his political leanings. And everyone is entitled to think and write whatever the hell they want in private messages to friends, or even semiprivate correspondence with other professionals in your field.

In an otherwise good post on the entire mess, Liz Mair suggests "The Left" helped bring Weigel down because he's been defending Rand Paul, but that seems, uh, unlikely to me. The best thing about Weigel's reporting was that he was actually fair to the Tea Partiers and the seemingly fringe right-wingers, and he forced his liberal colleagues to see them in a slightly less cartoonish light.

So congrats, whoever was behind this -- you just drove a talented reporter to leave a great job! And I hope the Post understands that the service he provided -- actual, reported journalism on the conservative movement, with plenty of scoops and smart analysis -- is 100 times more valuable than just scooping up a "Conservative Blogger" to prove that you're "fair." But I'm guessing they don't understand that, because, you know, they still employ Marc Thiessen, Michael Gerson, Dana Milbank, and so on.

Update: Apparently, Weigel offered his resignation last night, and the Post editors happily accepted it today. The Huffington Post characterizes this as a "firing." Based on my own understanding of what happened, I still think it's safest to call it a resignation.

And Ezra Klein has shuttered Journolist. (He also mentions that Tucker Carlson asked to join it just a few weeks ago.)