How one paper tried, and failed, to confirm Al Gore sex allegations

A Portland paper did everything possible -- even posting Craigslist ads -- to verify the charges. And it couldn't 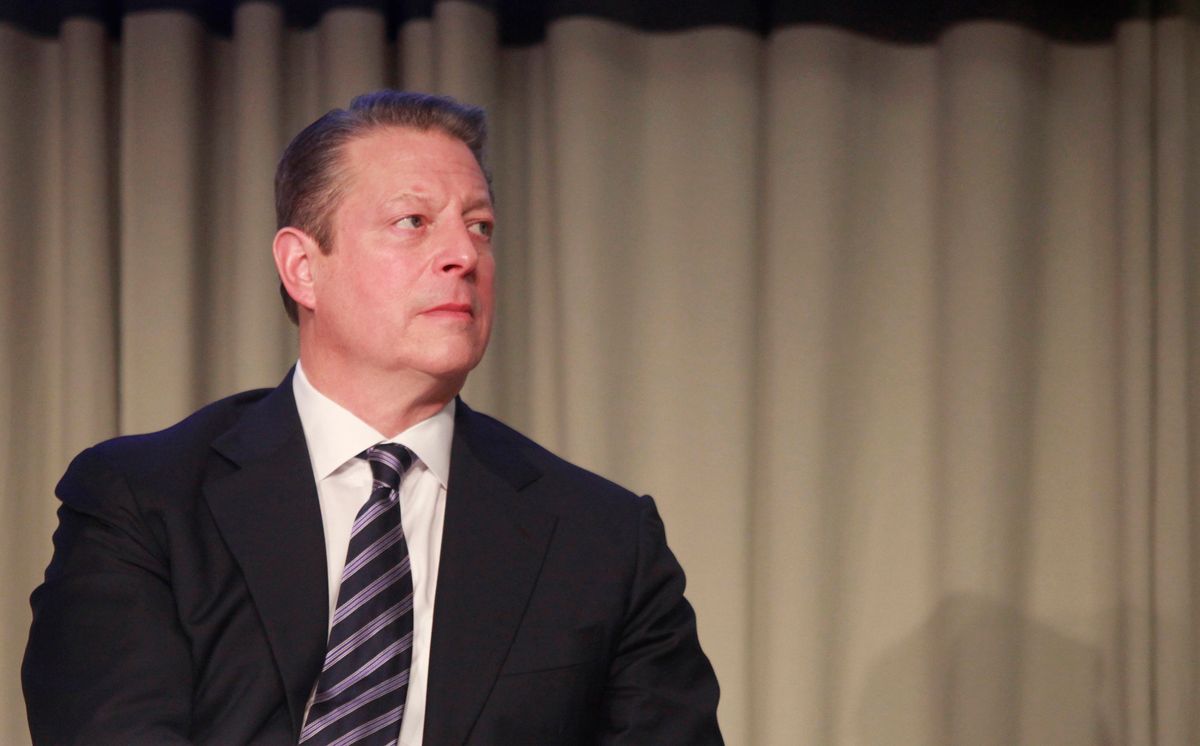 Three years ago, a reporter at the Portland Tribune got a tip that led his newspaper to a potentially huge story: A massage therapist had accused Vice President Al Gore of sexually assaulting her in late 2006 inside his room at Portland’s Hotel Lucia.

But the Tribune never wrote a word about the incident.

The story of how the paper quietly but intensely explored the charges offers a timely cautionary tale, now that the explosive allegations against Gore have become widely known, thanks to their publication in this week’s National Enquirer.

Using a combination of sources and shoe leather, the Tribune spent a year tracking down the alleged victim, reaching out to associates of hers and of Gore, and learning about their habits and their accounts of the evening in question. The paper went so far as to take out ads on Craigslist searching for more potential victims in other cities that Gore had visited. But in the end, the Tribune could not put together a story that met its standards of journalistic responsibility.

“The truth is we very much wanted to report the story on Al Gore,” said Mark Garber, 54, executive editor of the Tribune, a 60,000-circulation free weekly that also publishes news every day online. “We worked on it for a year so that we could report the story. There’s nothing we would have liked more.”

On Thursday, after fielding a stream of angry e-mails from conservatives accusing him of both liberal bias and a mammoth cover-up (ironic, he said, because “in Portland we more often get accused of being the more conservative paper in town”), Garber outlined for Salon the timeline of events that led his publication to pursue, and then ultimately set aside, the story of the Gore accusations.

The alleged incident at the heart of all this occurred on October 24, 2006. That’s when, according to the most recent account from the alleged victim, Gore summoned her to his hotel room and then tried to intimidate her into having sex with him, drinking in front of her and trapping her in an “inescapable embrace,” fondling her, and causing her to fear she was about to be raped by a “crazed sex poodle.”

In early 2007, the Tribune found out about the allegations “through a confidential source,” said Garber, who was an editor on the investigative project that ensued.

The journalist who received this tip was Nick Budnick, who at the time was the Tribune’s police reporter. (Budnick, who now writes for Oregon’s Bend Bulletin, declined to speak for this story, referring all questions to his former boss, Garber.)

According to Garber, after getting the initial tip, Budnick quickly turned up two reports -- one filed with the Portland police in December of 2006, close to two months after the alleged incident, and one that had been filed with the Oregon State Police. The reports, Garber said, “contained a lawyer’s vague allegations concerning an unnamed victim who refused to speak to the police.”

By early 2007, when the Tribune was first learning about all this, the allegations were months old. In the intervening period, the woman who made them had set up and then missed several appointments to speak with police about what happened to her. Because of this, the paper decided the story wasn’t breaking news. Instead, Garber said, “we decided at that time it was our journalistic responsibility to sort out whether there was any truth to the allegation before we went out and reported it.”

The first thing they needed to do was find Gore’s accuser.

“We sought her out, not the other way around,” Garber said. “We did quite a bit of work to figure out who this woman was. We eventually did locate her. She was a licensed massage technician.”

The woman declined to speak to the paper and, Garber said, “feigned ignorance of the police report.” That stalled things somewhat until, many months later, in 2008, the woman got back in touch with the paper.

“She contacted us, but she wouldn’t talk with us about her specific allegations,” Garber said. Still, she agreed to meet with the reporter on the story, Budnick, and eventually began talking to him.

“We interviewed the alleged victim repeatedly and extensively,” Garber said.

She never asked for money (and the paper wouldn’t have offered money for her story in any case, according to Garber), but she did have certain requirements. “She was making demands about how the story could be told, what information we could include, what we could not include,” he said.

At the same time, the Tribune had been learning all it could about the woman, Gore, and the evening in question. It interviewed employees of the Hotel Lucia; other licensed massage technicians in the Portland area, some who knew the woman; sexual assault experts, who told the paper it was not uncommon for victims of sexual assault to delay reporting attacks to police; friends and acquaintances of the woman; and friends and acquaintances of Gore.

The paper discovered that, among those who knew the woman, “there were a variety of points of view” about her character -- not uncommon for anyone. It also discovered that Gore often liked to have massages while on the road -- potentially important -- and so it placed ads on Craigslist in cities that Gore had recently visited, looking for massage therapists who might have had a bad experience with a prominent person. (The Tribune did not name Gore specifically in the ads.)

The paper also contacted Gore. “His responses all came through his lawyers,” Garber said. “They categorically deny that anything happened -- said that the story’s completely false.”

Because the woman had once told police that she was dropping her efforts toward criminal charges in order to pursue a civil suit, the Tribune searched for evidence of such a suit and, finding none, asked Gore’s people if there had been an out-of-court settlement in the matter. Gore’s lawyers said no, contending there hadn’t even been an incident that could potentially produce a civil claim.

“She was only willing to go forward if she could have a certain amount of control,” Garber said. Some of information she didn’t want in the story, Garber felt, couldn’t be left out because it was essential to “a full and fair telling.”

And there was another problem. “There were things that we discovered throughout our investigation that raised serious questions in our mind,” Garber said. He wouldn’t specify what, exactly, those things were.

“In the end, we chose not to publish the story,” Garber said. “Our journalistic drive was to do something, but when you looked at all the evidence it was not responsible to move forward. If something else had developed, we would have taken another look at it.”

This week, after his paper found out about the alleged victim’s new account of the incident -- an account that was provided at her request to Portland police in January of 2009 and then updated at her request in June of this year -- the Tribune tried to get back in touch with the woman by stopping by her Portland home. She wasn’t there.

Eli Sanders is an associate editor at The Stranger and a Salon contributor.