A tale of two restraining orders: Mel Gibson and ex go head-to-head from a distance

The actor and Oksana Grigorieva, the mother of his daughter Lucia, take their troubles to court 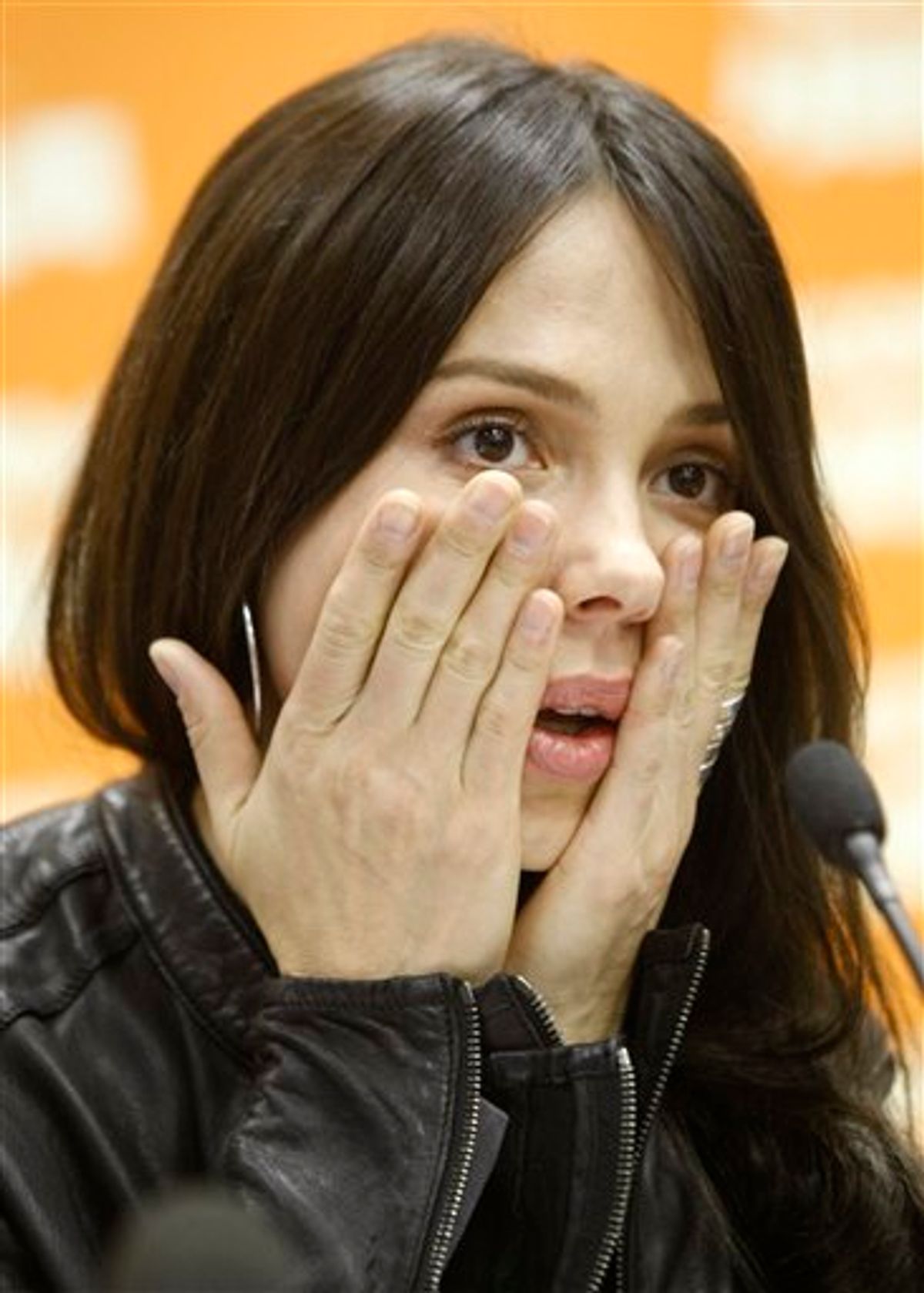 Mel Gibson's ex-girlfriend, Russian-born singer, songwriter Oksana Grigorieva, gestures during a news conference in Moscow, Monday, April 19, 2010. Grigorieva said Monday she will perform a private concert in Moscow in aid of the victims of the 1986 Chernobyl nuclear disaster. Grigorieva and U.S. actor Mel Gibson are known to have separated as a couple and have a baby daughter together.(AP Photo/Mikhail Metzel) (AP)
--

Mel Gibson and ex-girlfriend Oksana Grigorieva have filed restraining orders against each other, TMZ reports. Grigorieva filed first, and sources say she's alleging that Gibson was violent with her. Gibson filed his restraining order to prevent her from leaking information. People are talking about it because, well, it's Mel Gibson, and his personal life seems to be a giant blinking target made of drama and bad decisions.

In April 2009, Gibson's wife of 30 years, Robyn, filed for divorce. Soon after, he went public with Grigorieva, but they broke up in April. The couple has a seven-month old daughter, Lucia, who is at the center of this court battle.

This will probably only get dirtier, and it's not the last we'll hear of it in the media. File this one away with Jon and Kate, Charlie and Brooke, and Heidi and Spencer in the cabinet marked "Dysfunctional Couples that Make Us All Feel Better About Our Own Relationships."