He didn't want to be the antiwar candidate in 2008, and Afghanistan seemed like the perfect way to prove he wasn't 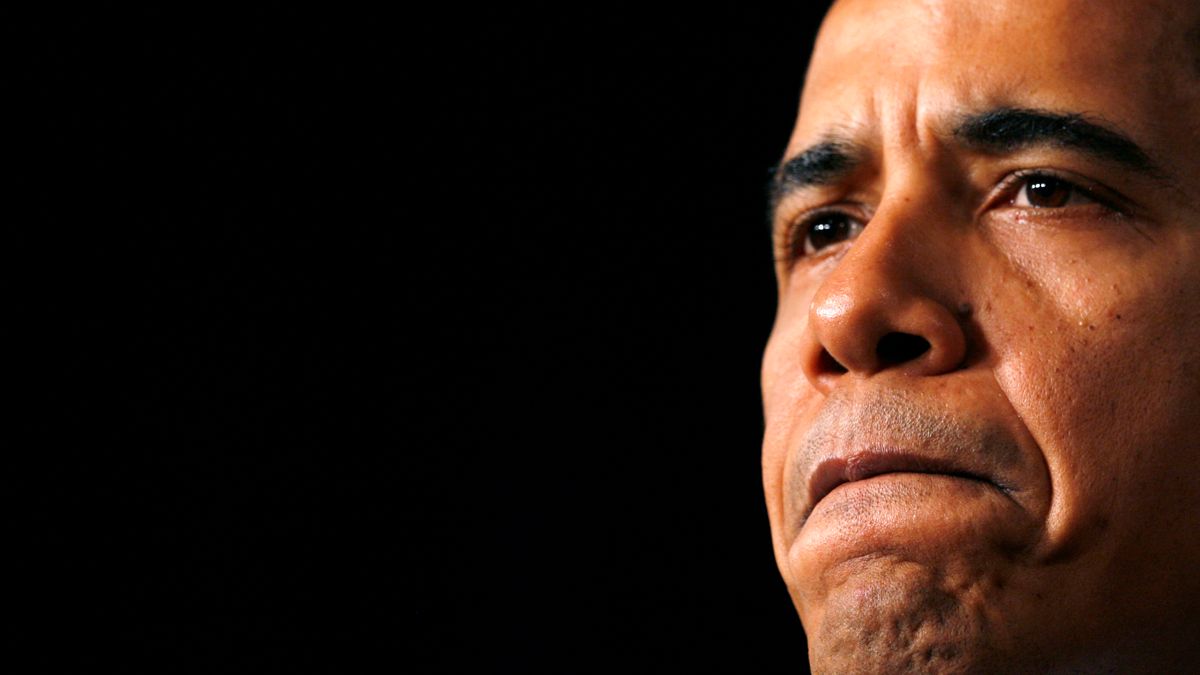 U.S. President Barack Obama listens to a question at the Fiscal Responsibility Summit at the White House in Washington February 23, 2009. President Obama pledged on Monday to cut the ballooning U.S. budget deficit by half in the next four years and said the country would face another economic crisis if it did not address its debt problems soon. Obama, whose month-old administration has pushed through a $787 billion economic stimulus package to try to jolt the country out of recession, said the need for spending now did not mean U.S. budget problems could be put off. REUTERS/Kevin Lamarque (UNITED STATES) (Â© Kevin Lamarque / Reuters)
--

Pundits tend to be drawn to the idea of the presidency as theater, so it's not surprising that they're singing Barack Obama's praises this week.

They'd bought their tickets and paid for their popcorn, but for the first 18 months of his administration, the president had stubbornly refused to play his part. By firing Gen. Stanley McChrystal, though, he finally gave them the "presidential moment" they've been craving. The obligatory comparisons to Harry Truman and his courageous sacking of Douglas MacArthur quickly followed.

Of course, the dirty secret of Obama's big moment is that it really won't change anything. Even with McChrystal out -- and even with David Petraeus in -- Afghanistan remains, as Andrew Bacevich, an international relations professor at Boston University, put it before Obama took office, a "sinkhole, consuming resources neither the U.S. military nor the U.S. government can afford to waste."

In this sense, the most significant aspect of the McChrystal story wasn't that Obama fired the general, however dramatic that was. It's that, in doing so, he took pains to insist that "this is a change in personnel, but this is not a change in policy." With that statement, the president extinguished any hope that he'd use the moment to reevaluate the wisdom of America's nine-year fight in Afghanistan -- and with the appointment of Petraeus, he signaled that no serious course change is on the horizon, either.

A few days ago, I wrote that, for all of the dumb theories of how he lost it, Obama's "magic" would be back as soon as the economy was, and that he'd probably be fine in 2012. I forgot to add that the one thing besides a brutal economy that is sure to kill a president's poll numbers is a dead-end war. Unemployment could be under 7 percent in '12, but if we're still banging our heads against the wall in Afghanistan, Obama could be in serious trouble.

On one level, it's not that hard to see how he got snared in this trap. He came to office promising to focus on the war in Afghanistan and, in accordance with that pledge, picked his own general to run the show and supplied him with (some) of the new troops he was looking for. Afghanistan became Obama's war, and presidents don't like to lose wars. But to really understand where Obama went wrong, you have to go back to his decision as a candidate to make a strong distinction between the war in Afghanistan and the war in Iraq.

When he hit the campaign trail in 2006 and 2007, this made for brilliant political strategy. The Iraq war had become broadly unpopular and the Democratic base was still seething over the assist so many of its leaders had given President Bush in launching it. In the primaries, it was a no-brainer for Obama to contrast his early opposition to Iraq with Hillary Clinton's vote to authorize it.

But Obama also feared that the "peacenik" label could hurt him in the fall. So Afghanistan, then not nearly as unpopular a venture as it now is, became a useful tool. He could embrace Afghanistan, prove he wasn't scared of war, and frame his difference with hawks as one of judgment -- not toughness. So it was that Obama was able to spend the fall of 2008 taunting his Republican opponent, a war hero who touted foreign policy wisdom as one of his chief assets, for foolishly believing that the "central front" in the war on terror was Iraq, when it was obviously in Afghanistan (and Pakistan).

The irony is that this strategy reeked of the same basic calculation that Clinton (and countless other Democrats) were guilty of in backing the Iraq invasion. The Democrats who stood with Bush in 2002 and 2003 were haunted by the memories of 1990 and 1991, when their party had largely stood against the first Gulf War -- only to watch George H.W. Bush bask in near universal popularity after quickly expelling Iraq from Kuwait.

That war, it was said, shook America out of its Vietnam syndrome. In the 1992 Democratic primaries, Bill Clinton bragged that he'd been one of the few Democrats to back the war (in truth, he'd simply avoided taking a clear position until it was over) -- one of the reasons Democrats saw him as potentially electable against Bush. And it was Al Gore's status as one of the few Senate Democrats to vote for the war that helped make him attractive to Clinton as a running mate.

When the time came to vote on the second Gulf War a decade later, Democrats -- especially those interested in running for president in 2004 -- remembered the Clinton example. Wars in the Middle East were easy -- hadn't Desert Storm proven that? -- so where was the political upside to opposing a venture that was likely to be quick, painless and popular? They climbed on board the bandwagon, only to flee (with all sorts of excuses and rationalizations for their initial cheerleading) when the occupation turned ugly.

Obama, of course, opposed Iraq from the beginning. But his thought process wasn't much different. What's most important to understand is that in 2002 and 2003, he was a largely anonymous state legislator trying madly to stand out in a crowded Democratic Senate primary field in Illinois. Speaking out against the war offered him a chance to stand out with the activist wing of his party. So what if it might expose him to GOP attacks in the 2004 general election? It would be a minor miracle for him to even get that far. So he ran as an antiwar candidate, got lucky when scandal sank the Democratic front-runner, won the nomination, got luckier still when scandal took down his Republican foe (who was then replaced by the utterly unelectable Alan Keyes) and coasted to the Senate. By the time he was sworn in in January 2005, his early opposition to Iraq looked prescient -- and antiwar Democrats across the country had their candidate for 2008.

But, just like all the Democrats who buckled in 2002, he wasn't interested in being the antiwar candidate. Instead of challenging misguided popular sentiments about the wisdom of the U.S. mission in Afghanistan, Obama chose to cater to them. This right war/wrong war distinction made for great politics in 2008. But as policy in 2010, it just doesn't work. The question is whether it will be too late before he admits it.