Just stop with the Hillary-Obama 2012 talk

When a president's popularity dips in his second year in office, you can tout anyone as a potential challenger 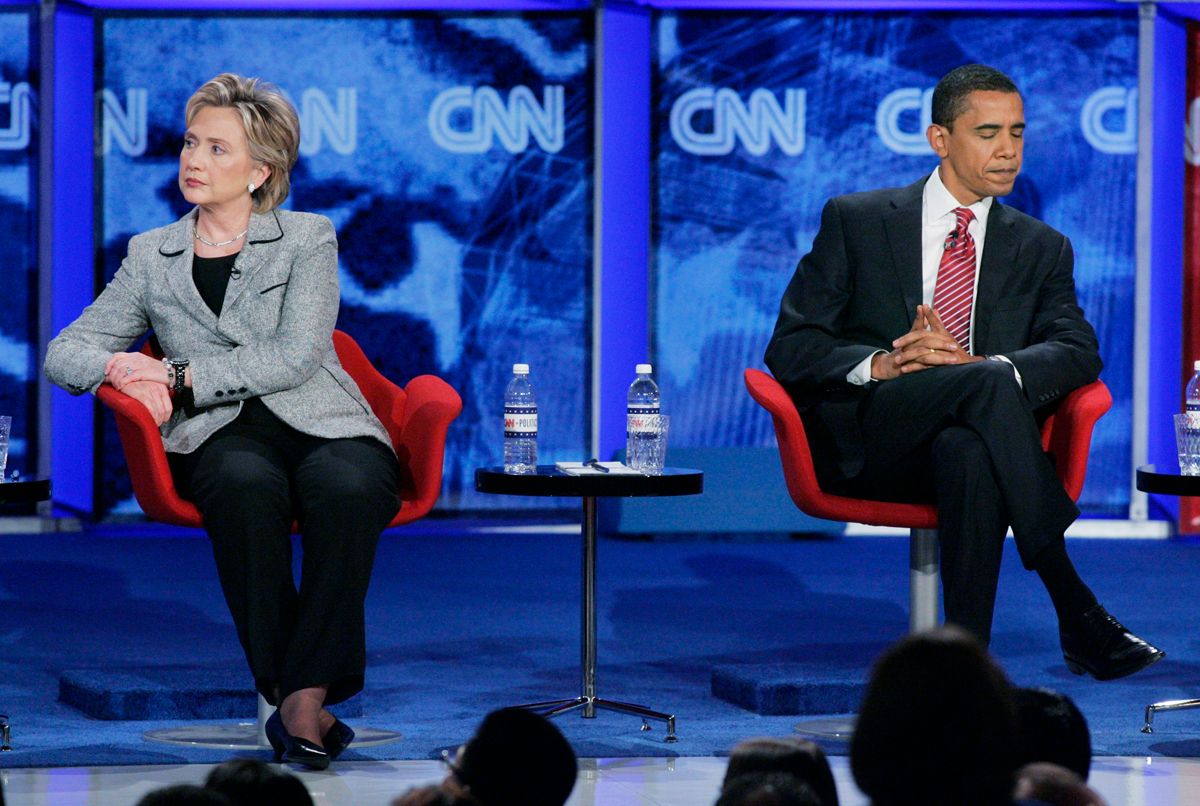 The other day, I wrote that Barack Obama's shaky second-year poll numbers -- his approval rating is now somewhere in the mid-40s -- have been inevitable since he took office and don't really mean anything. The same can be said of the ridiculous chatter we're now hearing about Hillary Clinton challenging Obama in the 2012 Democratic primaries.

Yes, it sort of makes sense at this moment: Obama's numbers are down, his party is facing losses in November, some '12 GOP prospects are running competitively with him in polls, and Clinton's popularity as secretary of state is high. But we've seen this basic dynamic before with two recent presidents.

When his party suffered sweeping defeats in the 1994 midterms, Bill Clinton was, the press and members of his own party agreed, a certain one-termer. He'd either be challenged in the 1996 Democratic primaries or he'd step aside and allow an open race to replace him as the party's standard-bearer.  "I don't know a single Democrat in elected office who doesn't desperately want to see Clinton off the ticket," one prominent Democrat declared that December.

For the record, the following individuals were touted (or even touted themselves) as potential Clinton challengers in the '96 primaries: Paul Tsongas, Robert Casey, Bob Kerrey, Bill Bradley and Jesse Jackson. (Those were only the most frequently mentioned.) In January '95, Bradley openly flirted with jumping in: "I think that people are going to look at the president in the next six to nine months and they're going to make an assessment as to whether they believe he can do the job."

Clinton, of course, ended up coasting to renomination without opposition (unless you count the customary Lyndon LaRouche campaign) and then breezed past Bob Dole in one of the least eventful and suspenseful general elections ever.

The story was similar with Ronald Reagan. After his party was drubbed in the 1982 midterms, he faced calls from the right to step aside for 1984 -- or face a primary challenge. "I would think the conservative cause and the Republican Party would be better served if the president doesn't run for reelection," the direct mail pioneer Richard Viguerie said at the time.

There was chatter that Jesse Helms, Jack Kemp or William Armstrong (a conservative Colorado senator) might be coaxed into running to Reagan's right in the '84 primaries. (Yes, it's hard to believe today, but there was a time when conservatives saw The Gipper as a sellout.) At the same time, Bob Packwood, then a liberal Republican senator (whose rampant sexual harassment of staffers hadn't yet been revealed) took a trip to New Hampshire, stoking talk that he'd run against Reagan on the left.

But nothing ever materialized. By mid-1983, the economy showed signs of recovery, Reagan began recovering his popularity, and his party closed ranks behind him. Today, it's laughable to imagine a Bob Packwood-Ronald Reagan 1984 primary campaign.

Hillary, it should be noted, is hardly the first Democrat who's been touted as a primary challenger for Obama. Howard Dean got this same treatment a few months ago. And when he decided to leave the Senate, it was Evan Bayh's turn.

Other names, no doubt, will be advanced. It's a very easy game to play: As long as Obama's poll numbers are down, you can throw the name of just about any reasonably prominent and ambitious Democrat into the 2012 mix and speculate about why he or she might be attractive to Obama-wary Democrats. Why not Mark Warner? He's got business savvy (a job creator!), executive experience (I bet he'd know how to plug that leak!), and he hails from a swing state (Virginia) that the GOP won resoundingly in last fall's gubernatorial race. So will Mark Warner challenge Obama in 2012? And so on.

This speculation, of course, is rooted in the assumption that Obama will look the same in late 2011 as he does today. But, as the Clinton and Reagan examples show, the national mood can shift dramatically in that time. If the economy improves -- and there are fresh signs that it is doing just that -- and if Afghanistan doesn't become an Iraq-like burden for him, Obama will look much, much different to most Americans at this time next year. And then we'll all ask: "Who was the moron who said Hillary would run against him?"

To be fair, primary challenges against sitting presidents aren't unheard of. But they're much tougher to conceive of now, with both parties more ideologically cohesive than ever. In 1976, when the GOP was still heavily populated with moderates and liberals, a full-fledged civil war between Reagan's right-wing flock and Gerald Ford's establishment army ensued. They nearly fought to a draw, with Ford barely prevailing at the convention.

On the Democratic side in 1980, Ted Kennedy was able to rally liberals and organized labor and mount a serious challenge to Jimmy Carter's "conservative" economic policies. In 1992, Pat Buchanan had more limited success in opposing George H.W. Bush, a holdover from the Rockefeller era who had unconvincingly fashioned himself as a Reaganite in the 1980s.

But those kinds of sharp divides don't exist nearly as much anymore, particularly on the Democratic side. The Clinton-Obama fight in 2008 had a lot more to do with personality and leadership style than with ideology and any big issues. (Yes, there was Iraq, but by '08 they were essentially in agreement.) And while Obama's incremental style has irked many on the left, he remains broadly popular with his party's base. In the run-up to '80, the Democratic Party was itching for an internal fight. That's just not the case right now.