"The Sultan's Shadow:" The runaway princess of Zanzibar 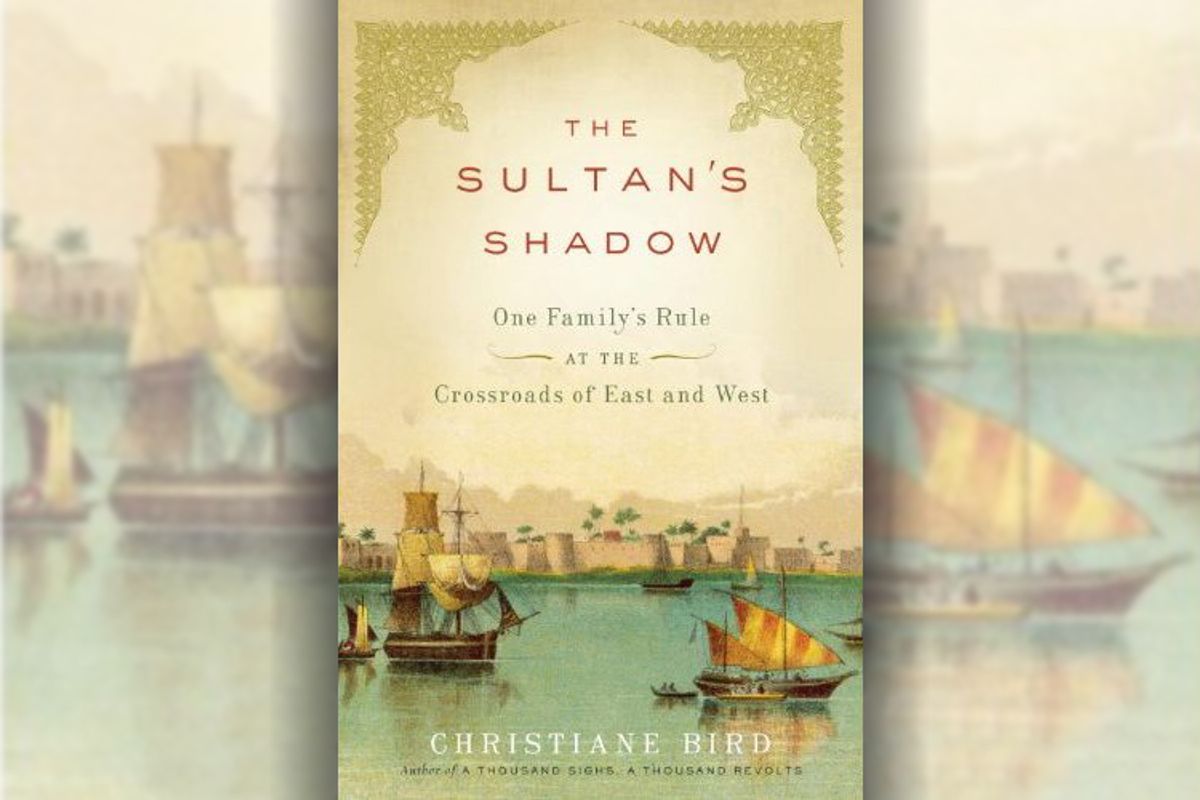 When the famous British explorer Richard Francis Burton sailed into the harbor of Zanzibar in 1856, he was intoxicated by the way "earth, sea and sky, all seemed wrapped in a soft and sensuous repose." Clove-scented, fringed by palms and sapphire waters, this large island off the coast of East Africa was and is famous for its beauty; in the West, its very name conjures the romance of far horizons and undreamed-of adventures.

Closer up, Burton and his traveling companion, Hanning Speke, found a motley crush of nautical traffic floating in what Christiane Bird, author of "The Sultan's Shadow: One Family's Rule at the Crossroads of East and West," describes as a "a thick, sloshing bath of filth" studded with human corpses. The bodies were the detritus of the East African slave trade, tossed overboard so that slave merchants wouldn't have to pay a per-head fee for their cargo after docking. "The Sultan's Shadow" is in part a history of that deadly trade, which was largely run by Arabs, and in part the story of the royal family that presided over Zanzibar as the island rose to power and prosperity, and then fell before European colonialism in the 19th century.

Bird is a literary travel writer whose previous books have explored Kurdistan and Iran, and in many ways she treats the past as a destination beckoning with a hundred tempting, unexplored corners. She's a gifted raconteur, skillfully integrating the tone and cadences of the celebrated storytelling styles of Africa and Arabia into her own writing. This she accomplishes with so little fuss you barely notice it until you're under her spell. Plus, her material is top-notch: In addition to legendary explorers, this saga involves a runaway princess, fratricidal palace intrigue, haunted ruins, wise kings, clairvoyants, cannibals, treacherous ministers, a kindly baroness, several tragic untimely deaths and many other features of an old-fashioned ripping yarn.

That "The Sultan's Shadow" is not quite a ripping yarn is testimony to Bird's truthfulness, for the story of Salme Said -- daughter of the beloved potentate of Zanzibar's Arab heyday, Seyyid Said -- who eloped from the harem of Zanzibar with a tall, handsome German merchant, doesn't conform to sentimental expectations. Bird used Salme's own ambivalent memoir as a basis for her book, and she first stumbled upon it while researching what's often called the "Arab slave trade." (Bird herself prefers the more punctiliously accurate "East African slave trade.")

Arab trading in African slaves evolved out of ancient African tribal customs used to pay off personal debts and to profit from prisoners of war. "It began a millennium before the West's," Bird writes of the practice, "and continued for more than a century after." But it was really only after the international market for ivory and spices took off that the East African slave trade succeeded in devastating Central and East Africa. Many more slaves were needed to run plantations and transport tusks, so slavers began to provoke tribal wars (to generate prisoners). Eventually they simply raided and razed entire villages, driving their captives so mercilessly to market that most of them died before reaching it.

Bird found Salme's autobiography evocative but frustratingly circumspect -- not to mention blinkered. Passages of "Memoirs of an Arabian Princess" defend "Oriental" slavery against the attacks of Western abolitionists, arguing that, as practiced by her own people, the institution was not only more benevolent than its American counterpart, but also kinder than capitalism's treatment of its underclass. Bird doesn't condone Salme's prejudices, but she maintains a measured tone throughout, since in writing about this period and region, she's entered a forest of intersecting and conflicting moral ambiguities.

Also don't go to our girl Salme looking for paeans to the superiority of Western-style liberty over the shackled lot of a Muslim woman. She was homesick even before she got to Hamburg, and spent most of her life trying, unsuccessfully, to get back home. (Of course, learning that, as a woman, she enjoyed fewer property rights in Germany than she had in Muslim Africa wouldn't have done much for her estimation of Europe's "freedom.") In a melancholy little anecdote, Bird recounts that whenever Salme wanted to go to sleep early, her German husband used to tease her about her eagerness to revisit Zanzibar in her dreams.

In the course of relating Salme's life, Bird provides a portrait of the Swahili, a once flourishing and sophisticated Arab-African urban culture that, by the 1500s, had been reduced to isolated villages by the Portuguese. Salme, however, wasn't Swahili; she was the daughter of the Sultan of Oman and a Circassian (Caucasian) slave. Oman, a small country on the Arabian peninsula, controlled much of the Eastern coast of Africa when Salme was born, including Zanzibar, where he kept his favorite palace. It was a cosmopolitan, maritime trading empire, observing "its own distinct brand of Islam, Ibadhism, which is practiced virtually nowhere else in the world and is known for its great tolerance of other religions and races." The Omanis adhered fiercely to that faith; the Sultan and his heirs became entangled with Europe's colonial powers primarily because they needed help in their ongoing conflicts with the fanatical Wahhabis of Saudi Arabia, founders of the same fundamentalist Muslim groups that plague much of the world today.

Bird persuasively conveys the allure of life in the Sultan's house, a realm of leisurely conversation, worship and music presided over by a father widely acclaimed as a just, shrewd and magnanimous ruler. Although Bird clearly gets much of this from Salme's yearning memoir, she also knows exactly which details to pluck out of a discursive 19th-century book to make you feel as if you've been transported in time and space. We learn that children learned to write by using the shoulder blades of camels as slates. And that Zanzibari architecture is renowned for its massive, elaborately carved doors; it was rumored that some wealthy citizens "ordered their doors first, and built their houses second." Lining the edges of the bazaar were "the narrow, hole-in-the-wall shops run by Indians, who sat cross-legged on the floor from dawn until dusk, gossiping with friends, keeping books on their knees, and seducing would-be buyers with their wares." Among the fancier houses, there was a vogue for European clocks.

The same technique works for the dozens of arresting characters caught up in the larger story of Zanzibar. Bird relates that Richard Burton's expeditionary partner, Speke, was an avid hunter, "with an unsettling proclivity -- he liked to eat the unborn fetus of his kill." That's the man encapsulated in a single trait. Particularly memorable is the Swahili slave trader, Tippu Tip, who wormed his way into the affections of the chief of the Utetera tribe by pretending to be the grandson of the chief's abducted and long-lost sister and rescued and befriended both Stanley and Livingstone, the last of whom, paradoxically, was an ardent abolitionist. Later, Stanley would repay Tippu Tip's aid by betraying much of Central Africa to King Leopold II of Belgium and his colonial ambitions in the Congo.

The urge to pontificate on the vices of these people must have been powerful, but Bird resists it, without ever giving the sense that she's abdicated her own moral center. She has a light touch, writes in a fluid, unadorned voice and makes no show of her erudition; in other words, she makes what must have been a fiendishly tricky book to write look easy. Reading "The Sultan's Shadow" is like absorbing history through your skin. By the end, you can almost smell the cloves yourself.

Africa Books History Middle East Our Picks What To Read