Teaming up with the man who launched "the War of Northern Aggression" could be risky! 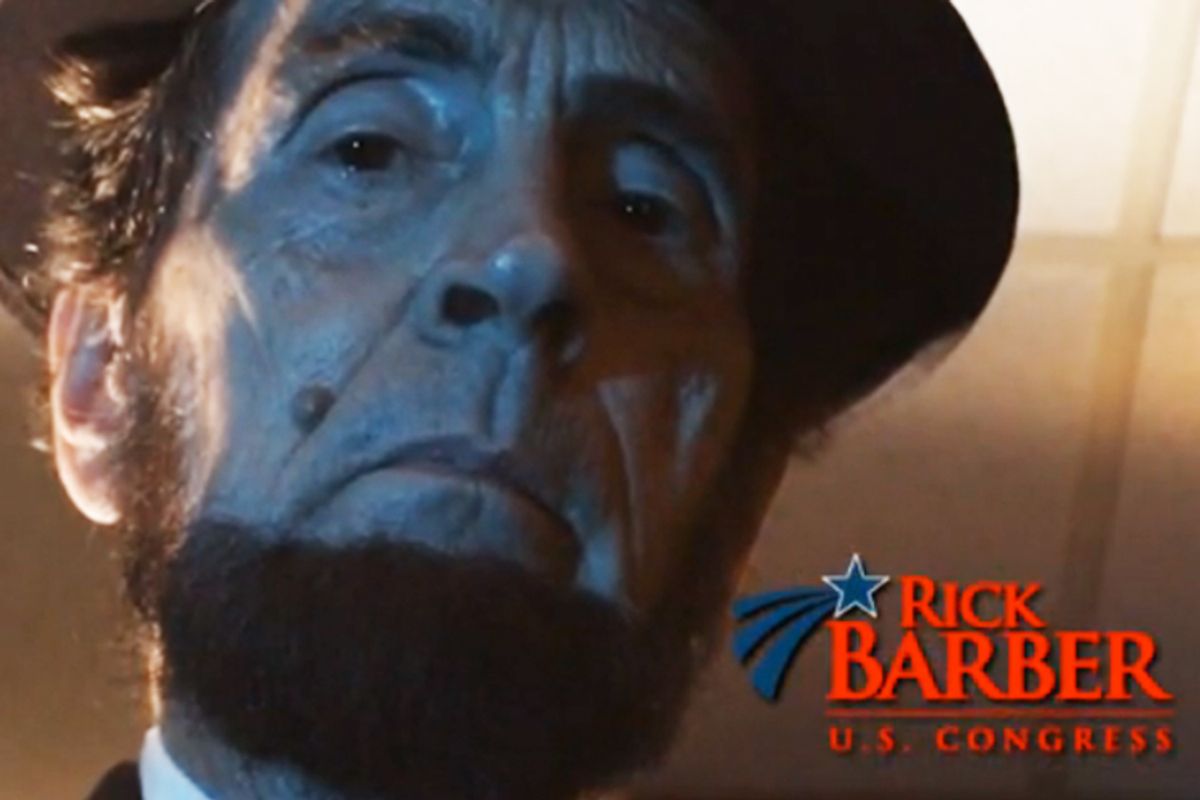 We thought long and hard about whether to post the latest off-the-wall ad from Rick Barber. The Alabama Republican congressional candidate is rather brilliantly pursuing an Ann Coulter media strategy -- be loudly provocative and reap a free media windfall -- so I'd just be giving him what he wants.

But we're going to do it anyway, because a few of us here at the Salon office are wondering if Barber's newest spot -- in which he allies himself with Abraham Lincoln -- might actually hurt him in the July 13 GOP runoff:

Really, is partnering up with the man who launched "the Northern War of Aggression" really smart politics in the Alabama Republican universe?  We're not (entirely) kidding about this.

In fact, this calls to mind one of the funnier moments of the 2008 Republican National Convention. During the first night's proceedings, delegates were shown several videos that showcased Republican leaders who had (like John McCain!) displayed character and put "country first." Lincoln, the first Republican president, was one of the honorees. But perhaps convention organizers were just a little worried about what kind of reception the 16th president would receive from the party base. That would certainly help explain the awkward cameo appearance from Ronald Regan that they inserted at around the :53 mark: