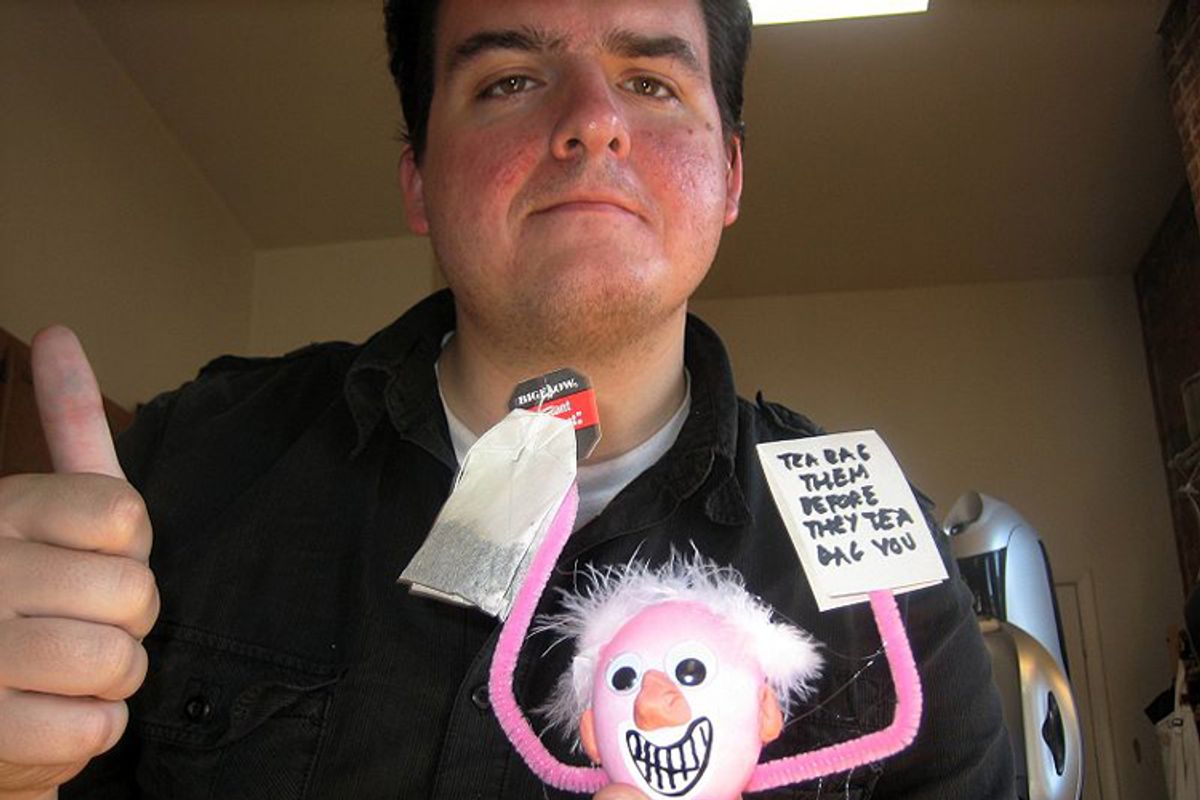 Former Washington Post blogger/reporter Dave Weigel wrote a piece explaining a little bit more about the Journolist emails that led to his resignation last week. He wrote the piece for Andrew Breitbart's Big Journalism, perhaps because he thought that would be funny.

It is kind of funny -- mostly because Weigel is adamant that he is a reporter whose goal is producing fair journalism, whereas Breitbart's Big sites are generally hostile to the idea of journalism that isn't specifically for some activist political purpose (and they are willing to fudge or blatantly ignore the truth when it conflicts with their intended message). It's also funny because none of the psycho commenters seem to understand the concept that fair journalism can be produced by people with the "wrong" opinions about certain things. (Oh, hah, wait, that is also the position of the management of the Washington Post and much of the DC establishment.) My favorite comment, I think, is "no wonder he is a Marxist he is a dweeb."

Weigel apologizes for being "stupid and arrogant, and needlessly mean." He also makes the obvious point that his Twitter feed featured all of his "secret" opinions the entire time. And he says he's "talking to a few media companies about what I'll do next."

Weigel also shares a fun tidbit about his departure from the libertarian magazine Reason:

After the 2008 election, I drove up from Atlanta to D.C. and was greeted by my editor, Matt Welch, with surprising news. It would be better, he said, if I worked somewhere else. I’d voted for the Obama-Biden ticket (having joked, semi-seriously, that I was honor-bound to vote for a ticket with a fellow Delawarean on it) and wasn’t fully on board with the magazine’s upcoming, wonky focus on picking apart the new administration.

Reason editor Matt Welch says no one's gotten in trouble at Reason for voting for Obama. Though that doesn't completely answer the question of whether and how the magazine dedicated itself to "picking apart the new administration." (Which they are free to do!)

Welch also hammers the Post editors for never speaking with Weigel's longest former employer before hiring him, and then acting shocked that he wasn't a doctrinaire Republican.

And the Post's liberal Plum Line blogger Greg Sargent calls Jeffrey Goldberg's anonymous Post sources cowardly, pathetic, and wrong on the issue of whether reporters can have opinions. (This idea that people with opinions are incapable of finding out and reporting facts is so bizarre to me that I have to assume the humidity in DC right now is making everyone a bit crazy.)

And Politico advances the notion that the Media Research Center launched a "crusade" against Weigel.

Meanwhile, at the Washington Post, their grown-up, non-opinion-having real journalists are repeating spin from Pentagon flacks while refusing to identify them, because if they were forced to speak on the record, they might be less likely to make baseless allegations against Michael Hastings, and then the Post wouldn't have a story.